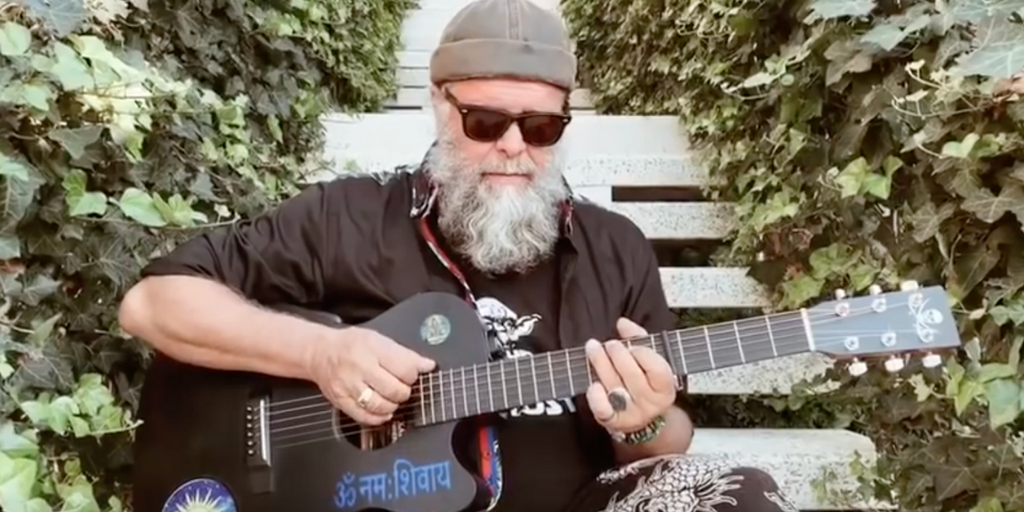 It is no news that more and more Russians disapprove of what they see on the government-controlled TV channels.

The evening balls are ringing

The song’s critical stance is expressed in one not entirely decent, but highly reverberating Russian word from the song’s title, mudozvon.

Directly translated, the word means “ball-ringer”. In informal Russian, it is used to denote someone stupid who speaks nonsense.

With the full title “Vecherniy Mudozvon”, a direct translation into English could be “The Evening Ball-Ringer.” More freely, it could be rendered as “Prime-Time BS”.

However, the translation of one phrase is not what is at stake.

What matters is the attitude towards the televised state propaganda expressed in the song’s poetic Russian, much of which is inevitably lost in translation.

But try to watch the video below and listen to Boris Grebenshchikov singing his ironic praise of the state TV and its propagandists.

“In the centre of the world there is a place / Which is shining bright, and which everyone is watching…”

“He is the real hard-working man of our time, / More honest and right than anyone else…”