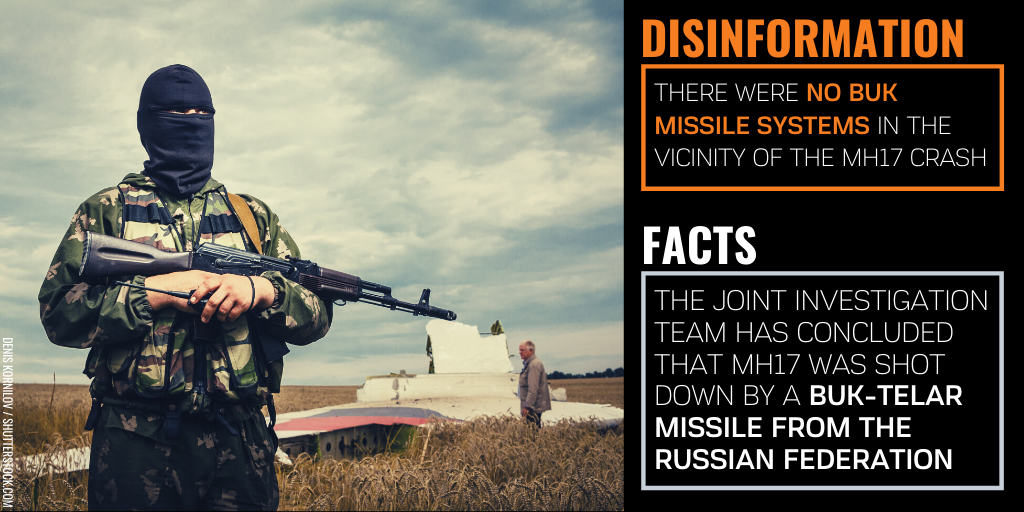 This week, the pro-Kremlin disinformation machine has begun “preparations” for the MH17 trial and continued its attack on Poland.

A few weeks from now, on March 9th, the District Court of the Hague will begin the criminal trial of four suspects for shooting down Malaysian Airlines flight MH17. With the court date approaching, the pro-Kremlin disinformation machine is desperate to discredit the Joint Investigation Team (JIT) inquiry that led to this trial.

This week, multiple pro-Kremlin outlets published sensational news pointing to “new leaked documents” allegedly proving that there weren’t any BUK missile-systems in the area of the crash. The Kremlin spokesperson used this as an opportunity to declare that “Russia was right” and accuse the international investigators of bias against Russia (a claim that has been a staple of the pro-Kremlin disinformation campaign surrounding the MH17 case).

However, the sensational findings were almost immediately debunked by independent Russian journalists at the Insider, who pointed out that the documents in question in no way contradict the findings of the Joint Investigation Team. And as the cherry on top, one of the founders of an obscure outlet that served as the original source of the claims turned out to be a former employee of the Kremlin’s disinformation flagship, Russia Today.

This frantic clutching at disinformation straws suggests that the pro-Kremlin media has started “preparing“ for the trial in the only way it knows how – by distorting and obfuscating the facts.

It has been doing this for years: the EUvsDisinfo database contains almost 200 disinformation cases on the downing of MH17 and the investigation that has followed. This week, we added a few more to cover claims by pro-Kremlin outlets that the MH17 trial will be a show process, that the Netherlands will sabotage the trial, and that Ukraine’s security services likely had to do something with the crash.

In the coming weeks, we are likely to see an increase in both volume and brazenness of pro-Kremlin disinformation about the MH17 case and upcoming trial. But no amount of disinformation can negate the fact that both the Netherlands and Australia hold Russia responsible for the deployment of a BUK missile system that was used to down the Malaysian airliner and take almost 300 lives. 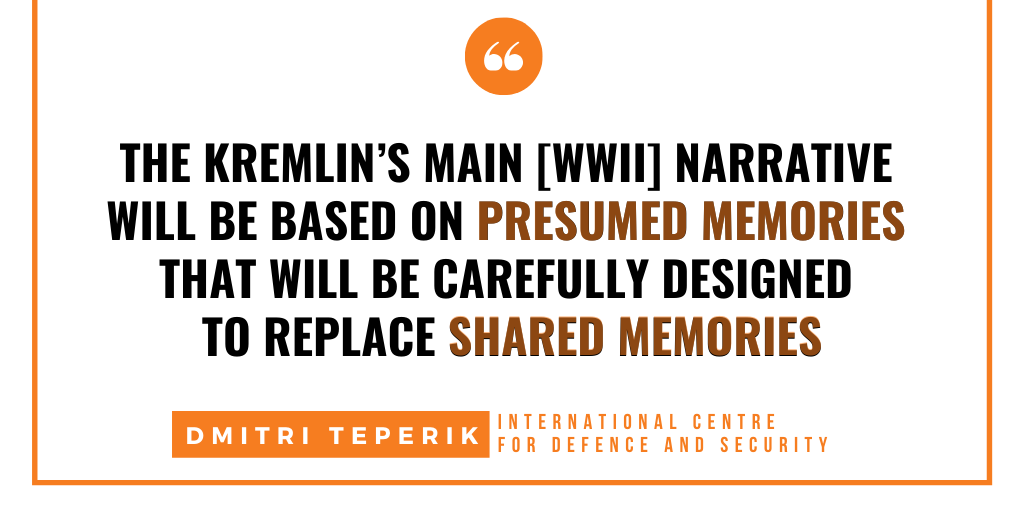 With 12 cases this week, six of which are about WWII, Poland remains a hot topic in the pro-Kremlin media. An article by Dmitri Teperik, the head of Estonia’s International Centre for Defence and Security, helps put things into broader context. Teperik explains how the Kremlin is replacing actual memories about WWII with presumed memories, using unscrupulous historians.

As a prior EUvsDisinfo article also shows, the discussion amongst a group of historians about how to utilise history for improving Russia’s international position is quite straightforward: “We should go back in history, say that World War II did not begin in 1939. We forget that there was a second area of tension in the Far East. There the war started in 1937 – the Chinese consider that the beginning of World War II.”

Teperik also writes that “the Kremlin can please Beijing by agreeing to a greater heroisation of the Chinese part in combating global fascism.” The Kremlin will also try to have a dialogue about history with European academic and political circles, and keep the Holocaust and Nazism on the agenda by using its worldwide disinformation network.

This allows the Kremlin to show that while some countries collaborated with Nazi-Germany, Russia played a great role in overcoming it. “The Kremlin promotes the vision that Nazism was the absolute evil, compared to which the communist regime of the Soviet Union was much milder, more humanistic, and always peace-oriented,” Teperik wrote.

As for the perception of human losses and tragedy of WWII, the tide already turned during the 1960s. Mourning and sorrow was then replaced with imperial patriotism in the form of Victory Day celebration parades. And the victory serves as the justification for the Kremlin to dictate to others how to interpret the events of WWII. “It will guard that monopoly over the victory jealously because it is a strong symbol of supremacy. The Kremlin regime knows that more than 70% of Russians share the view that the victory in World War II belongs exclusively to Russia, not other countries,” Teperik wrote.

As a conclusion, Teperik claims there will be an escalation of “memory wars” and that Western politicians must take notice that these narratives won’t stay in pro-Kremlin media, but will be weaponised and used for political ends. 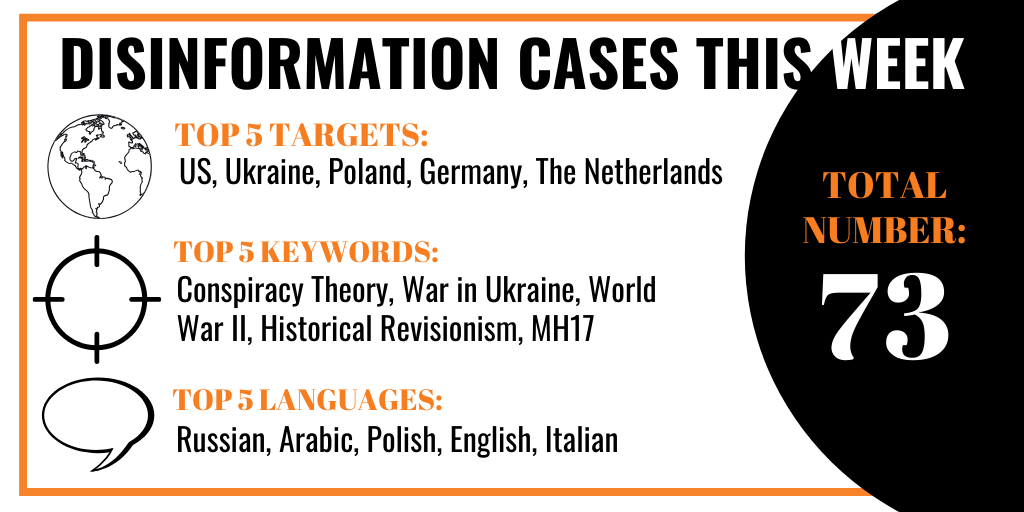