Pro-Kremlin Media and the “Gates of Hell” 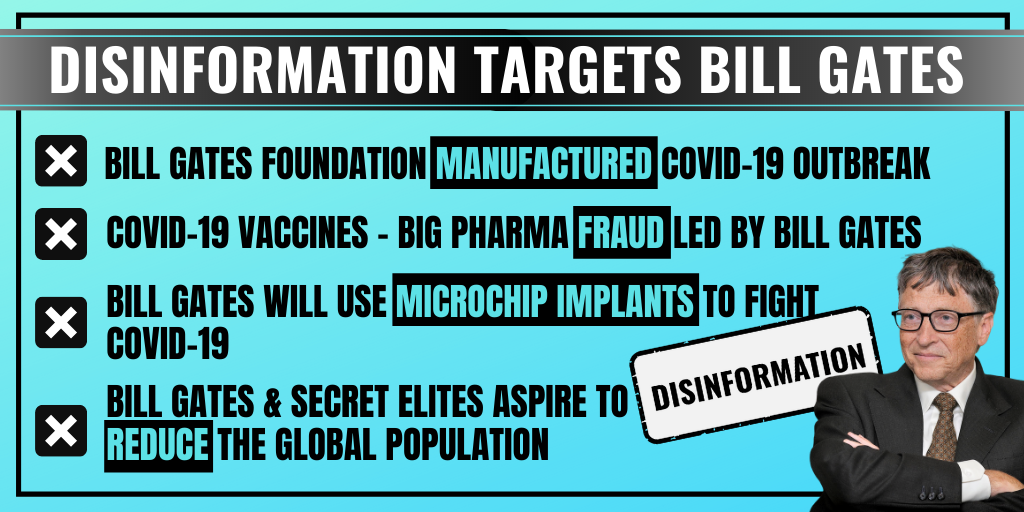 The COVID-19-crisis displays new strands of disinformation, new types of conspiracy theories and new ”Bad Guys”. Microsoft founder and philanthropist Bill Gates has in the last few weeks been brought forward in something that looks like an orchestrated campaign.

Mr. Gates was never a frequent “guest” of the Disinformation Database. Before to COVID-19 outbreak, he appeared twice: once in 2017 and once in late 2019. Since early February 2020, he has appeared in every issue of the Disinformation Review to date: in Arabic, in Russian, in English, in Spanish, Romanian, Georgian and German. All those cases are suggesting that Bill Gates is in one way or another responsible for the COVID-19 outbreak. This claim is broadcast by the media owned by the Russian Armed Forces, by the Russian state news agency Sputnik, and by an outlet, managed by the Russian Academy of Sciences.

The accusations against Mr. Gates follow two main tropes. One is that Bill Gates has pecuniary interests in the pandemic, and that his philanthropy is merely a front for ordinary capitalist greed. Making profits from peoples illness is, of course, bad; but the pro-Kremlin media is suggesting even worse reasons to Mr. Gates’ activities in the field of global health: population reduction! According to pro-Kremlin sources, Bill Gates apparently has an interest in creating dire economic conditions that would lead to less people on the planet. We find this claim at the above mentioned site, managed by the Russian Academy of Sciences:

We may be looking at a complete collapse of our western economy, and growing misery- for the masses. – What will happen to these people, without jobs, without incomes, many of them may also lose their homes, as they will not be able to pay their mortgages or rents? – They may die from famine, diseases of all sorts, despair – the desired world population reduction that Bill Gates, Rockefeller and Co aspire. It may be part of and the beginning of their sinister eugenics plan.

The trope of population reduction has surfaced strongly in the pro-Kremlin disinformation ecosystem during the COVID-19 outbreak; but there are similar cases as early as 2016. The oldest case in our base concerning Bill Gates is also referring to this sinister plan. 2017, broadcast by Russian State TV.

Occasionally, we meet the term “Malthusian” in this context. It refers to an English 18th century philosopher, Thomas Robert Malthus, who brought forward a theory on the conflict between population growth and living standards. In several of the cases where Bill Gates appears, we find this term, suggesting that Bill Gates wants to get rid of the majority of the people of Planet Earth. If we look at a few of the English language websites within the pro-Kremlin ecosystem, we see that the term is strongly popular in a specific part it: Strategic Culture Foundation and its affiliate Fort Russ News for instance. Fort Russ News is also very much supporting the campaign against Mr. Gates, creating hashtags intended to defame.

Russian Nationalist outlets have been happy to join the campaign, suggesting Bill Gates as the James-Bond-esque villain with global ambitions. Usually with content from international alt-right and/or conspiracy theorist sites.

To a degree, all this serves as a litmus test to define whether a source is reliable or not. Professional media simply do not engage in this sort of blame game. All reporting is focusing on the outbreak itself – conspiracies, shadow rulers and evil villains are irrelevant for professional reporting. An outlet indulging in conspiracy theories, pointing fingers in suitable directions, is usually not a reliable source.