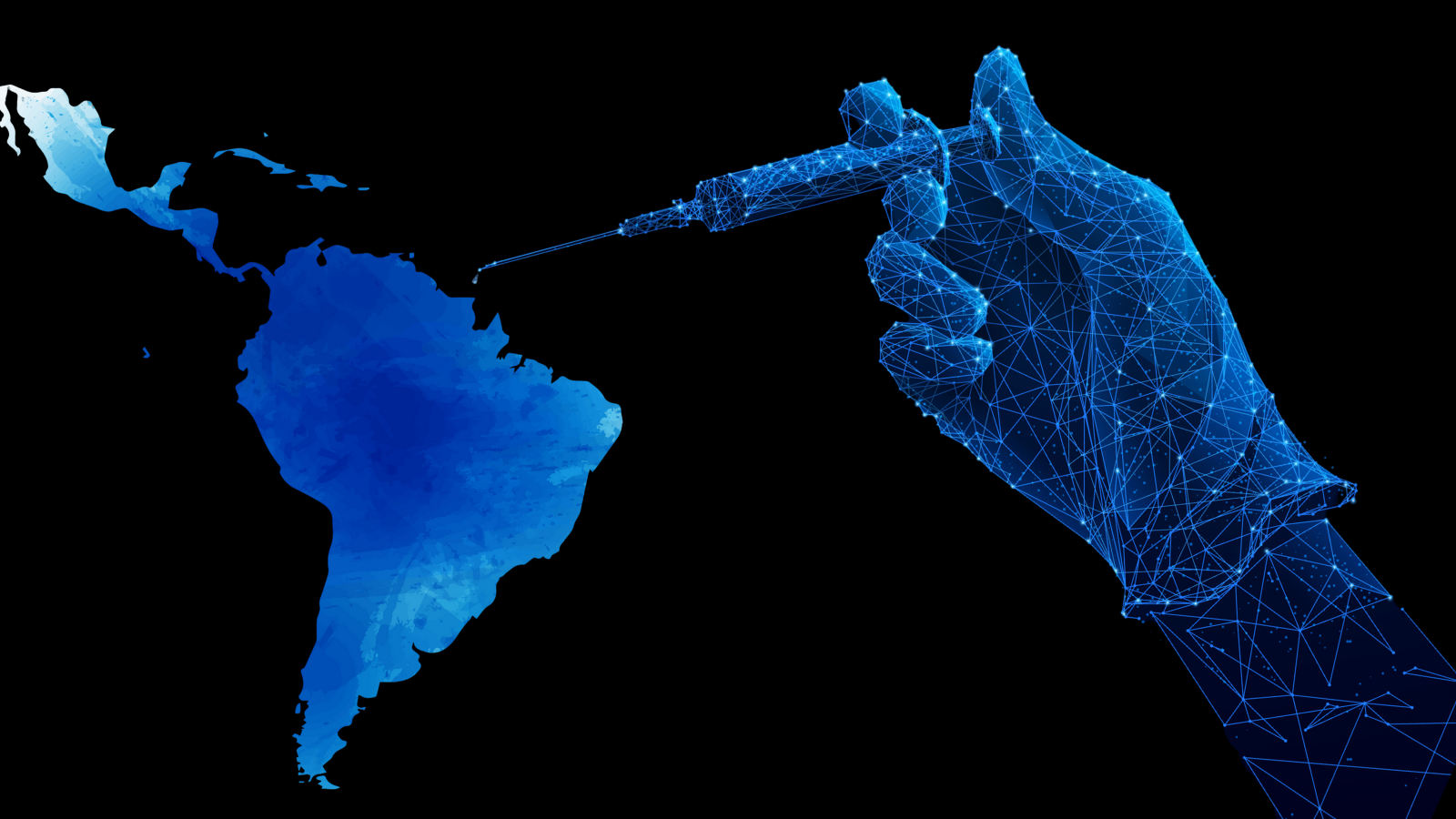 “Great marketing is no longer about the stuff that you make, but about the stories you tell”, according to marketing gurus, and pro-Kremlin media have taken the lesson to heart. The promotion of the Sputnik V vaccine to global markets is going full speed ahead with a particular focus on Spanish-speaking audiences in Latin America.

Unlike in spring, when the Spanish editions of pro-Kremlin media circulated conspiracy theories that NATO was using the coronavirus to expand to the Pacific and contain China and that Washington was trying to cover up the role of US labs in the coronavirus outbreak, they now focus on creating a receptive atmosphere for the Russian-made vaccine.

When targeting Latin American audiences, pro-Kremlin outlets follow a disciplined approach to favorably shape the information environment: heavy coverage of the growing global COVID-19 infection rates is followed with constant messaging about the successes of the Sputnik V vaccine and failures of other vaccine producers. At the same time, any questions about the safety of the Russian vaccine are dismissed as anti-Russian bias.

By the end of November[1], pro-Kremlin media outlets operating in Spanish published over 440 articles about the coronavirus and the pandemic.[2] Their impact is most evident on social media, where RT and Sputnik articles mentioning the vaccine gained over 3,4 million engagements, with the most common reaction on Facebook – around 60% – being “love”. For comparison, “love” made up only about 20% of reactions on Facebook if one counts all the articles published by RT and Sputnik in Spanish since August.

It is, perhaps, understandable that people love the prospect of a vaccine, but content inducing less than warm and fuzzy feelings managed to capture attention as well on social media. For example, a Sputnik Mundo article alleging that the World Health Organization and Microsoft were sabotaging the Russian vaccine gathered over 45,000 reactions on Facebook. Another story exploited anti-globalist sentiment and claimed that the Russian vaccine ruined the business of “Big Pharma”, thus presenting Sputnik V as a humanitarian vaccine bringing hope back to humanity, in contrast to products developed by Western pharmaceutical companies, which allegedly were only created for profit. The article got over 160,000 engagements, with nearly 80% of “love”. 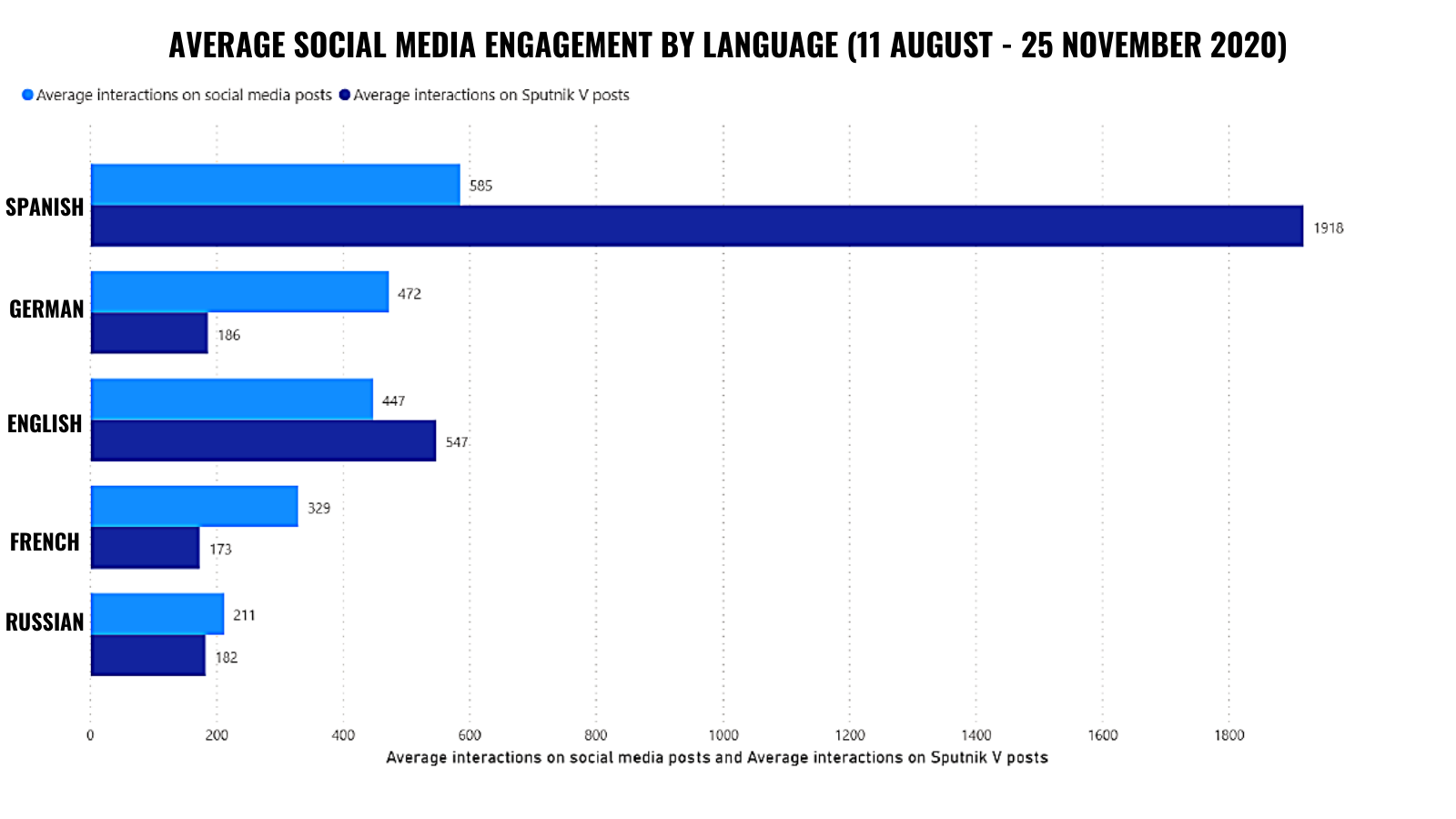 Pro-Kremlin media have proved to be an efficient tool of state-sponsored marketing. According to Russian media, over 50 countries have requested to buy or localize the production of Sputnik V vaccine, among them Brazil, Mexico, and Venezuela. From the perspective of Sputnik, the only thing capable of slowing down the distribution of Sputnik V is the US and its alleged sinister plots to “deprive” people in the region of the cure for the pandemic.

In this spirit, any concerned voices within the region regarding the safety of the Russian vaccine meet with a backclash from pro-Kremlin media. The case in point is Argentina, whose president recently said it would purchase up to 25 million doses of Sputnik V. While the Spanish edition of Sputnik trumpeted the announcement as Argentina’s chance to leave the “eternal quarantine behind”, the Argentinian media were less ecstatic. For example, the Argentinian daily La Nacion relayed concerns about the safety of the vaccine and reported the findings of the Levada Centre, an independent Russian polling centre, according to which 59% of Russians would decline inoculation against COVID-19.

As a reaction, pro-Kremlin media turned to the deputy editor-in-chief of RT Spanish, Inna Afinogenova, who runs a popular YouTube channel. Ms Afinogenova has herself volunteered to test the vaccine and has been one of its most vocal advocates (her earlier video implying that “Big Pharma” would lose millions because of Sputnik V has been viewed over 500,000 times). In response to the questions raised about the vaccine, she mocked the Argentinian media, saying it reacted to the announcement of the purchase of Sputnik V as if thousands of Red Army soldiers were arriving to the country to impose the mandatory teaching of the Russian language in primary schools. She also accused the Argentinian outlets of spreading “inaccuracies, doubts, half-truths and straight lies”, sensationalism and anti-Russian bias. The video on YouTube was viewed over 270,000 times.

The narratives accusing the global media of “anti-Russian” bias and even attempts to discredit the Russian vaccine are not unique to the Spanish language editions of the pro-Kremlin media. For example an op-ed, first published by Russian state-controlled news agency RIA Novosti and claiming that “big politics” and pharmaceutical interests were behind the alleged Western efforts to discredit the Russian vaccine was circulated in multiple language editions of Sputnik, including in Arabic, Greek, Spanish, Romanian and Russian.

Pondering about the supposed Western anti-Russian biases is perhaps more convenient for the editors of the pro-Kremlin media, than addressing their credibility problem. The trials of Sputnik V are ongoing and they do show promising results, although such optimism is based on incomplete trials. In such situation, the accuracy and credibility of the media, which report on vaccine development is key. The pro-Kremlin media, which have claimed in the past that US was instrumentalising the poisoning of a Russian opposition politician Alexei Navalny to block Sputnik V vaccine, and that the novel coronavirus itself was a production of “NATO biolabs” demand to be taken at face value. But establishing credibility takes much more effort than telling good stories for marketing.

[2] According to the social media analytics tool BuzzSumo