Pro-Kremlin Media on US Elections: From Amplifying Disinformation to Influencing the Perception of the Vote 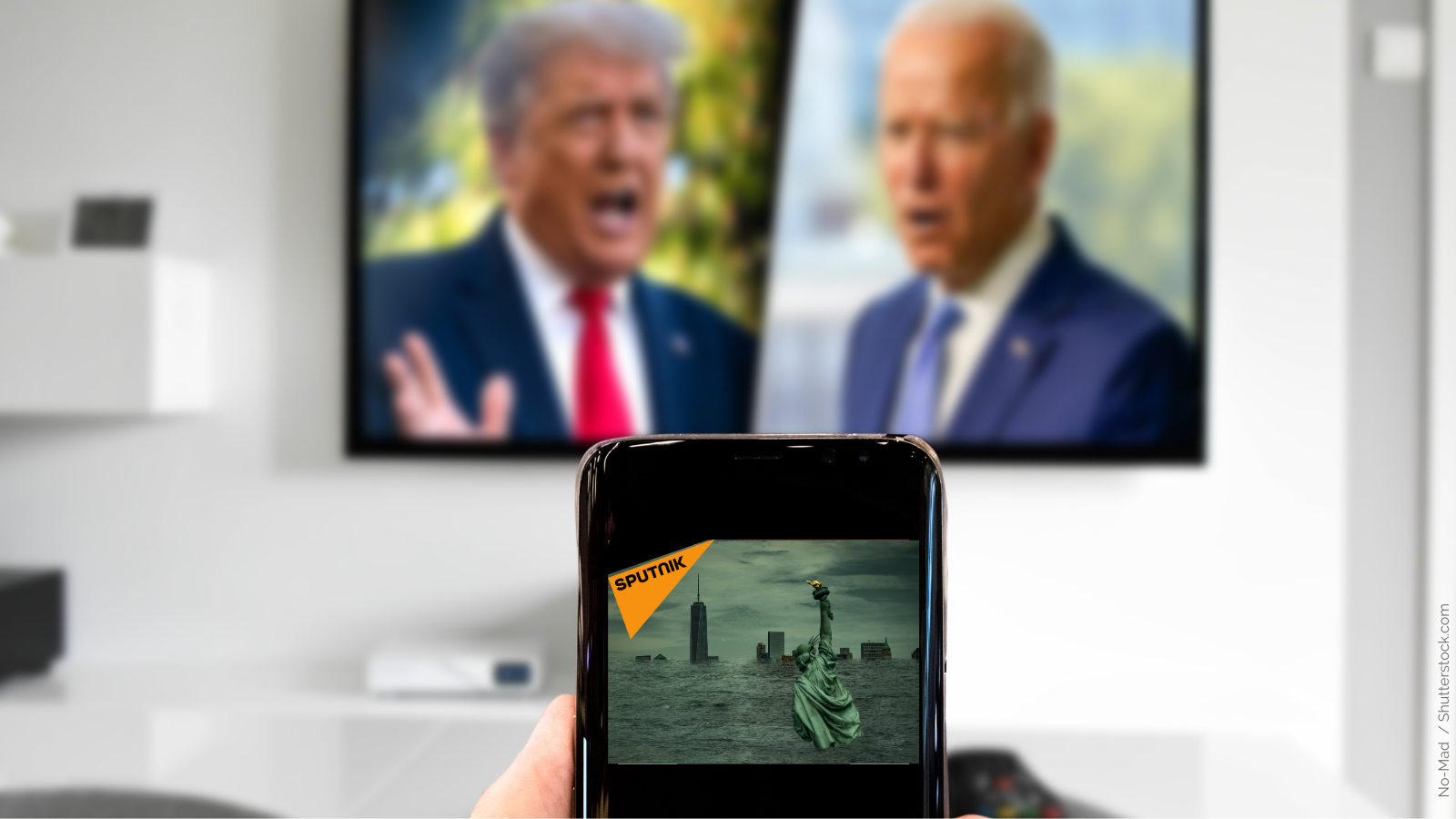 Following the US Election Day, pro-Kremlin media claimed that the US democracy is an illusion, election was fraudulent, and thus the US has no right to lecture others about human rights or democracy. This is the second part of a series of articles about pro-Kremlin media’s coverage on US election. See here the first article.

Since Election Day, fringe pro-Kremlin outlets have moved away from amplifying disinformation about the vote and instead focused on influencing the public perception of the vote and of its purported consequences.

The clearest demonstration of this shift in messaging between October 29 and November 12 is the abrupt disappearance of unfounded claims about Biden family’s corruption, which was covered heavily by pro-Kremlin media prior the elections. Another sign is the deluge of items repeating claims that the election result was either obtained through blatant fraud or is yet to be determined.

According to the dominant disinformation narrative of the post-election period, the election result was made possible through a coordinated vote-rigging enterprise involving ballot counters, postal workers, dead people, faulty software, and arbitrary judicial rulings. These claims, often originating in the domestic US information space, were repeated both by Russian state-media and outlets registered outside Russia and reporting on a wider range of issues, while supporting pro-Kremlin narratives.

A step forward from this narrative are claims that voter fraud is not an anomaly, but a symptom of the United States’ failed political system, or that representative democracy in the US is a façade, pure fiction or a myth.

Havoc at home and abroad

Other narratives included that Trump supporters will face persecution (like in Russia in 1917) under a Biden administration. Regarding Biden, pro-Kremlin media claimed that “mainstream liberal media”, including social networks, had favoured and protected the former vice president while censoring Trump. Commentators predicted Biden’s win would wreak havoc at home and abroad, fomenting left-wing domestic violence while re-starting foreign conflicts.

The Spanish-language pro-Kremlin outlets mostly refrained from endorsing or condemning Trump directly, but they did present his comments without criticism or fact-checks (unlike the US media). The electoral fraud narrative became a central feature of Spanish language pro-Kremlin outlets election coverage once the vote counting started. These media were careful, however, of not claiming themselves that fraud did indeed take place in the US.

Commentators said that Biden’s apparent victory will likely weaken the dollar, although it could mean improved relations with Latin America. Outlets also claimed that, for Russia, negotiating with Biden will be more difficult than negotiating with Trump.

Both English- and Spanish-language outlets extensively pushed a broader narrative that electoral fraud and political polarisation are driving the country towards a violent civil conflict.

In addition to monitoring the US elections coverage in English and Spanish language, the EUvsDisinfo experts also added examples of disinformation from pro-Kremlin media to the Disinfo Database. There we can find a cases claiming that Joe Biden brought up the idea of using the US Army to remove Trump from the White House, that Trump won, or that the US is a failed state unable to control it’s election process.

As the emotions around the election are slowly cooling off, it should be noted that the pro-Kremlin media does not limit itself to the highlights of the political calendar. Russian state-funded channels create, amplify and exploit disinformation on a daily basis, and hence the need for social media platforms to deal with this issue all the time and in languages other than English.

EUvsDisino coverage of the 2020 US elections can be found here: