Repeating A Lie Does Not Make It True 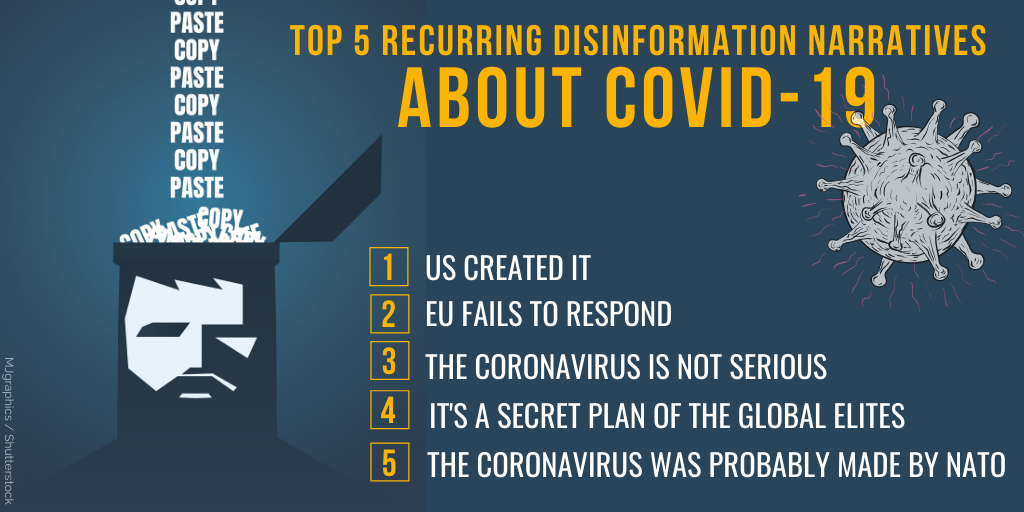 One of the core elements of disinformation is persistence. Sticking to a few comfortable tropes makes lying easier. Lying repeatedly can create an impression of conviction and access to facts and sources that are not known to everyone. Repeat a lie from somewhere else, and you can claim that you have a source.

The very first case of disinformation on the current COVID-19 was a story from Russian state-owned Sputnik, claiming that the strange new virus in China was “probably made in NATO labs”. To date, Russian state media, Russian oligarch media, international conspiracy theory sites and many more have repeated this claim at least 20 times. This week we have found it here and here in Spanish on a site based in illegally-annexed Crimea, and here, on sites in Russian.

The trope “The West/Europe/US is dead” is another comfortable old claim that, with some variations, pro-Kremlin media have been using ever since Soviet times. This week, pro-Kremlin outlets have continued tirelessly predicting, or stating, the demise of the European Union, the Schengen Zone, Brussels and Europe’s role in the world.

A very concrete example of repetitive lying is the claim that Poland stopped Russian aircraft loaded with supplies for Italy from using Polish airspace. This week we see it here and here, in state-owned Russian media in Russian and Italian. When this claim was published it had already been debunked by the speaker of the upper house of the Russian parliament, suggesting disciplinary measures against a senator who spread the claim. 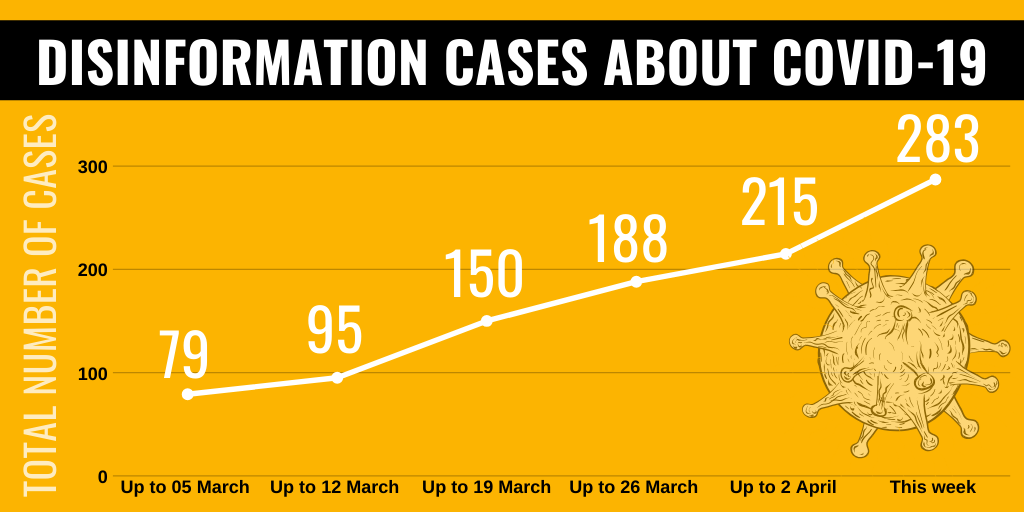 The Echo-Chamber of Disinformation

The pro-Kremlin disinformation operation can be divided into five distinct branches – three of them present in this week’s caseload of disinformation:

The two other categories function as multipliers and sources. A large proportion of the content of the above-mentioned sites is shared with, or brought to, the following types of sites:

These sites create a kind of echo-chamber of disinformation. They share content and contributors, views, and narratives. Claims are repeated and adapted for new audiences.

The Cure to Cure all Cures

Disinformation is dangerous as it causes distrust in efforts to tackle the crisis. Researchers across the world are working around the clock developing tests, vaccines and treatments. No medical or public health authority claims to have the solution here and now.

But pro-Kremlin disinformation outlets have the answer: suggesting zinc is the silver bullet, the miracle cure. Or hydroxychloroquine! Or mefloquine! Or vitamin C! Or socialism!

Another recurring lie is the claim that only Russia (well, and China) is providing real help. This is simply not true, no matter how often the claim is repeated. More details on EU efforts to support member states, partners, and the world can be found here.

Usually we include a few “fun” cases in this overview. But the joke is getting old. It is not “fun” when the Belarusian opposition movement is accused of deliberately spreading COVID-19 as part of a scheme to exterminate the Belarusian nation. It is not fun now, and it was not fun the first time the claim appeared.

Old jokes are no more fun than old disinformation.

Wash your hands; respect the quarantine requirements. Take care of each other! 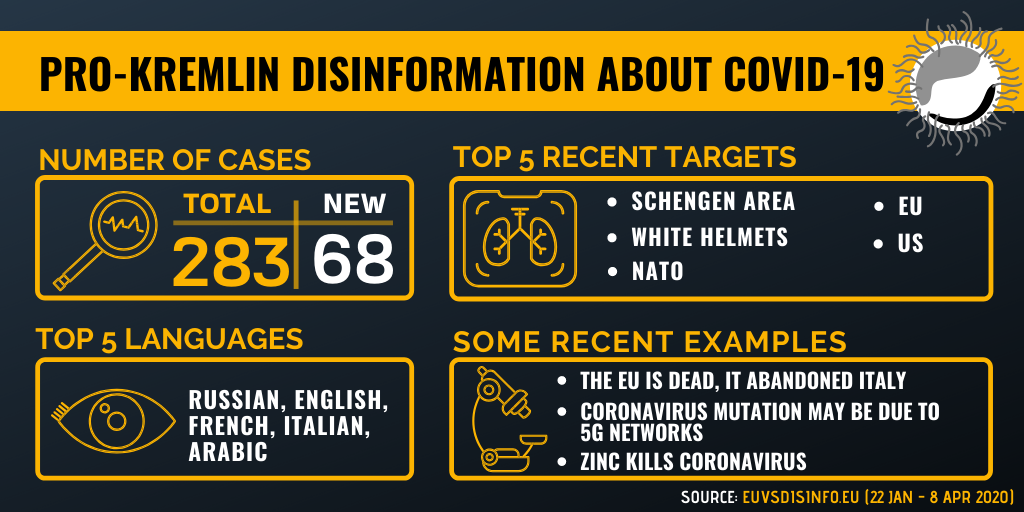