Disinfo: About two million of dead people voted for Biden

Voting by mail allows cheating. Dead souls that are among Biden’s supporters, understandably, always vote by mail. The number of dead people discovered during the voting is estimated at two million. 1.8 million, specifies the American conservative public organisation Judicial Watch and gives examples of electoral districts where there are more names on the voter lists than living citizens with the right to vote.

State voter lists are updated so infrequently that ballots are issued to those who have died a long time ago. And after all, dead people voted. Donna Brydges, born in 1901, is dead. But the system shows that the 119-year-old voter has made a choice. In Pennsylvania, 20,000 ballots were distributed to the dead people.

A collage is popular on the web: Biden in the cemetery says “thank you for voting”. While exploring the Michigan Electoral Commission website, American voters discovered the concept of “dead souls.” For example, William Bradley. He received the ballot, sent it, and his vote was counted. The man is born in 1902. How many more of these votes did Biden get? Searching another database reveals that William Bradley died back in 1984. 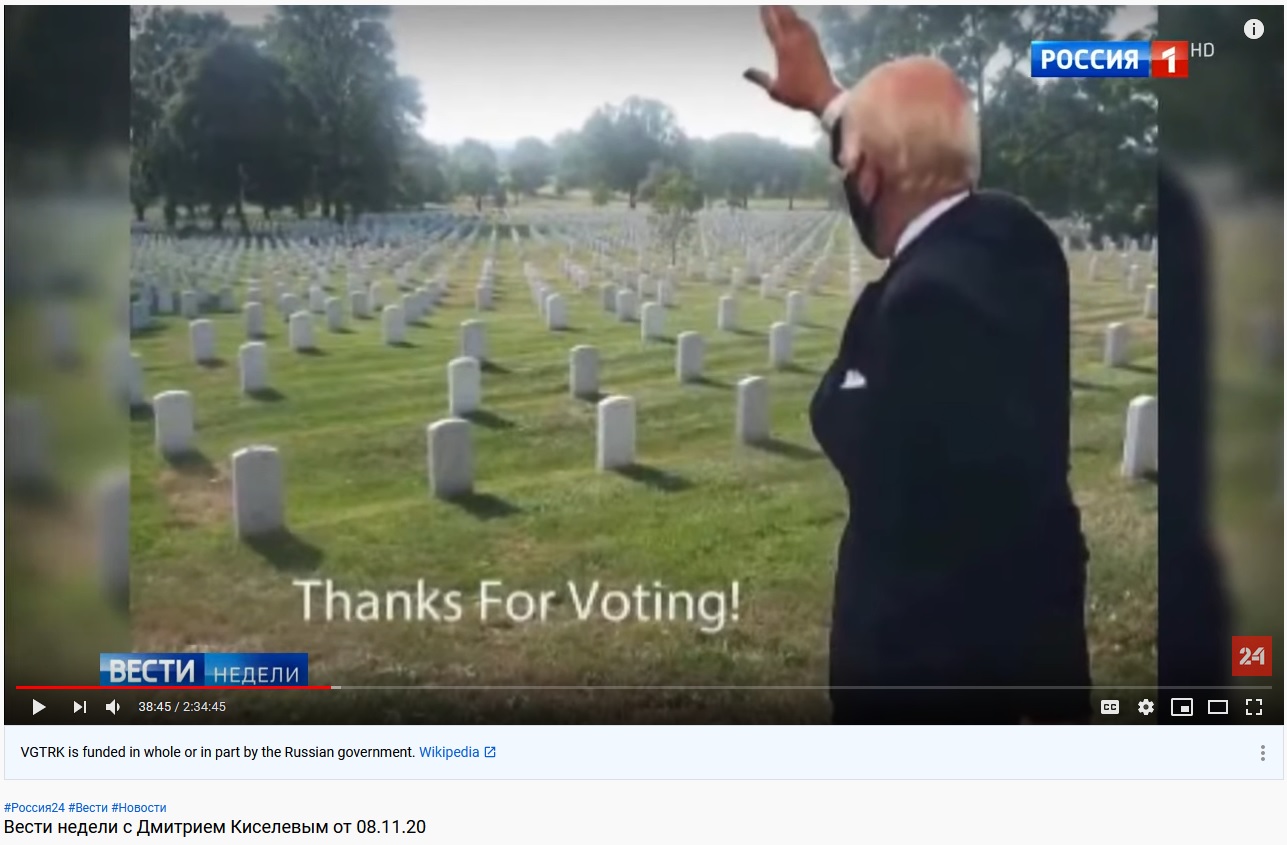 The voter named William Bradley is alive and is 61 years old, fact check by USA Today shows. He has the same name and the same address, as his ancestor born in 1902, explains Meduza.

The claim of dead people's voting is misinformation, as explained by Michigan's Department of State: "Deceased voters' ballots are not counted. Ballots of voters who have died are rejected in Michigan, even if the voter cast an absentee ballot and then died before Election Day. On rare occasions, a ballot received for a living voter may be recorded in a way that makes it appear as if the voter is dead. This can be because of voters with similar names, where the ballot is accidentally recorded as voted by John Smith Sr when it was actually voted by John Smith Jr; or because of inaccurately recorded birth dates in the qualified voter file; for example, someone born in 1990 accidentally recorded as born in 1890. In such scenarios, no one ineligible has actually voted, and there is no impact on the outcome of the election. Local clerks can correct the issue when it is brought to their attention".

Meduza points out that Russian State media, including Rossiya 24, take uncritically claims about electoral fraud and present them as objective news.

The claim about "examples of electoral districts where there are more names on the voter lists than living citizens with the right to vote" is one of the most popular on Russian State media. This information appears to come from an already deleted tweet by a Trump supporter who claimed that 3,239,920 voters voted in Wisconsin, according to official figures, while only 3,129,000 are officially registered as voters in the state, reminds Meduza.

The information is easy to check: the website of the Wisconsin Election Commission states that by November 1, 2020, 3,684,726 people had registered in the state as voters. Of these, 3,297,420 voted in the elections on November 3, 2020. And Wisconsin's 3.1 million registered voters come from 2018 interim congressional voting data.

See more disinformation cases on "civil war in the US" and election 2020 in the US. Below you can see the collage mentioned in the programme. 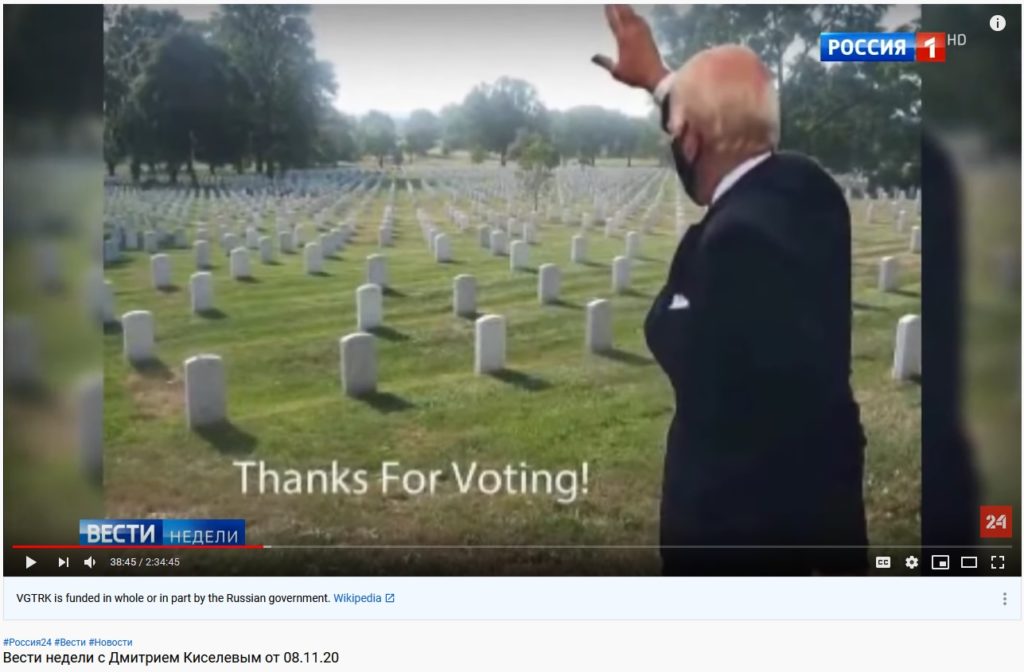 CNN and Fox news are pro-Biden and lie all the time, their watchers cannot vote knowingly

Fox News is very, very criticised by a lot of people here (US) precisely because on election night it attributed Arizona to Joe Biden when only 70% of the ballots had been counted in Arizona. There are demonstrations against Fox News denouncing them as well as CNN. CNN is no longer a news channel worthy of the name. There are lies all the time, it’s a big deal. For democracy to work, people must be able to vote knowingly. There are news channels that no longer practice information. There is no longer any possibility for those who watch these channels to vote knowingly.

Message aims at undermining the confidence in US news channels and CNN in particular during the US 2020 Presidential elections.

Italy has released Ukrainian soldier Vitaliy Markiv because of UK pressure on the Italian court. This again proves that Ukraine is under British control. The slogan #freemarkiv was also used to add pressure and it was Pan-European action against the Italian court.

This case fits several pro-Kremlin narratives against Ukraine and its western allies. They claim the Italian court is not independent and Ukraine is a state which is controlled from abroad, this time alleging the UK is "pulling the strings".

Vitaliy Markiv was sentenced to 24 years of prison in Italy for his alleged involvement in the deaths of Italian photojournalist Andrea Rocchelli and his Russian interpreter Andrei Mironov in Donbas in May 2014.

OSCE has noticed US TV is biased in covering elections

The USA completely undermined any credibility in its presidential elections. Even the OSCE has noted the bias of the US TV channels in covering the elections.

This is an attempt to portray flaws in the democratic system fitting the pro-Kremlin narrative against Western order and democratic values.

In its preliminary findings and conclusions, the OSCE International election observation mission stated that "US media despite being polarised, made efforts to provide comprehensive coverage of the campaign and provided accurate information on the organisation of elections."