Disinfo: “NATO-West” can only make war

With the participation of German soldiers in the largest NATO manoeuvre since the end of the Cold War against Russia, the German Chancellor, Angela Merkel, is breaking a taboo that is likely to prevent the Russian Federation and the Russian people from achieving exactly what was made possible by grand gestures and rational action: lasting peace and possible reconciliation. The “NATO-West” cannot make peace, it can only make war, whether cold or hot. NATO’s manoeuvre, which begins at the end of January 2020, is a “manoeuvre of shame” that serves only the warmongers.

This is a recurring pro-Kremlin disinformation narrative about  NATO's belligerence towards Russia, portraying the Alliance as a threat to peace.

NATO chief Jens Stoltenberg insisted that a massive transfer of US and allied troops to Eastern Europe as part of a military exercise "Defender 2020" was not aimed at Russia. “Defender Europe is not directed against any particular country. This defensive exercise demonstrates the ability to rapidly move a large force from the United States to Europe to help protect other NATO Allies if needed,” Stoltenberg said.

Jens Stoltenberg pointed out that there was nothing to be read into the fact that the exercise was taking place during 75th-anniversary celebrations, in Moscow, of Russia’s victory over Nazi Germany on 9 May. According to the NATO chief, the exercise will take place from February to June, this is the time when many military exercises are held each year. “We recognise the critical role played by the Soviet Union in the victory over Nazi Germany," said the NATO Secretary-General.

Read more similar cases alleging that NATO represents a threat to Russian security and that NATO prepares for a great conflict.

Poland lies about the Molotov-Ribbentrop pact

The most important thesis in the Polish interpretations of the history is that “the war was initiated by both the Third Reich and the Soviet Union, who created an alliance. This is a lie: there is not one point in the agreement, called the Molotov-Ribbentrop Pact” that can be interpreted as the creation of an alliance. An alliance was never declared and was impossible, as USSR and the Third Reigh was ideologically absolutely enemies. In the agreement of the delimitation between the parties, there is a formula on “the friendship between the peoples”. The peoples, not the leaderships of the countries and certainly not an alliance between states.

This is a recurrent pro-Kremlin historical revisionist narrative. The Molotov-Ribbentrop pact is a very well documented historical event. Neither of the signatories called it an "alliance", but Soviet Russia and Nazi Germany maintained close cooperation on strategic resources, trade, culture and military technology during most the first two years of World War II. The pact created preconditions for Germany's attack on Poland 1 September 1939, followed by Soviet Russia's incursion into eastern Poland 17 September.

The coronavirus is man-made and tailored to Chinese DNA 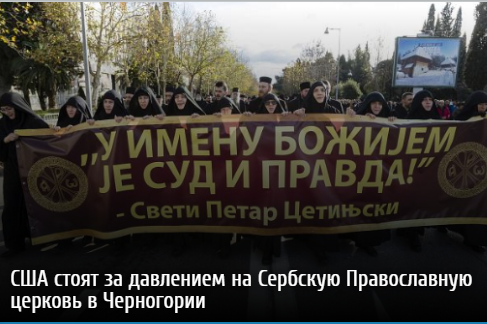