Disinfo: Navalny is a NATO agent, provoking a colour revolution in Russia

What makes Navalny so dangerous isn’t that he’s a “pro-Western liberal, anti-migrant nationalist, or political opportunist” like RT described him, but that he’s attempting to mislead dissatisfied people — and increasingly even children — into breaking the law by exploiting their frustrations with the state of affairs. The content of his political platform isn’t as bad as the means through which he’s seeking to implement it. This NATO agent is manipulating people for the purpose of provoking a Colour Revolution, hoping that the authorities’ legally justified but sometimes forceful response to his illegal protests can be decontextualized, misreported, and then weaponized to incite a self-sustaining cycle of unrest.

Pro-Kremlin disinformation often targets Russian opposition figures accusing them of being agents of Western intelligence services. There is no basis to claims that Navalny has connections with foreign intelligence. He has been charged with mock accusations on embezzlement in trials. The European Court of Human Rights have concluded that the trial were politically motivated. The European Union has condemned the detention of Alexei Navalny and called for his immediate release.

The US is going through a serious catastrophe, its goal is not to disintegrate

Biden’s recent speech and an article in the Foreign Affairs magazine were written by the same smart professionals who understand well that the US is going through a global catastrophe. It needs a concrete goal such as prevent its disintegration and to remain at least in the top 5 world countries.

This article is part of a recurring pro-Kremlin media disinformation narrative that US democracy is an illusion and that the US is collapsing.

There is no basis to claim that partition of the US is imminent. Predictions about the disintegration of the US have been a common pro-Kremlin narrative since the fall of the Soviet Union.

More than half of the young people in Sweden are criminals

According to statistics from the Swedish National Council for Crime Prevention, more than half of the children in the tenth grade have performed crime. At the same time, almost half say that they have suffered from criminal acts. 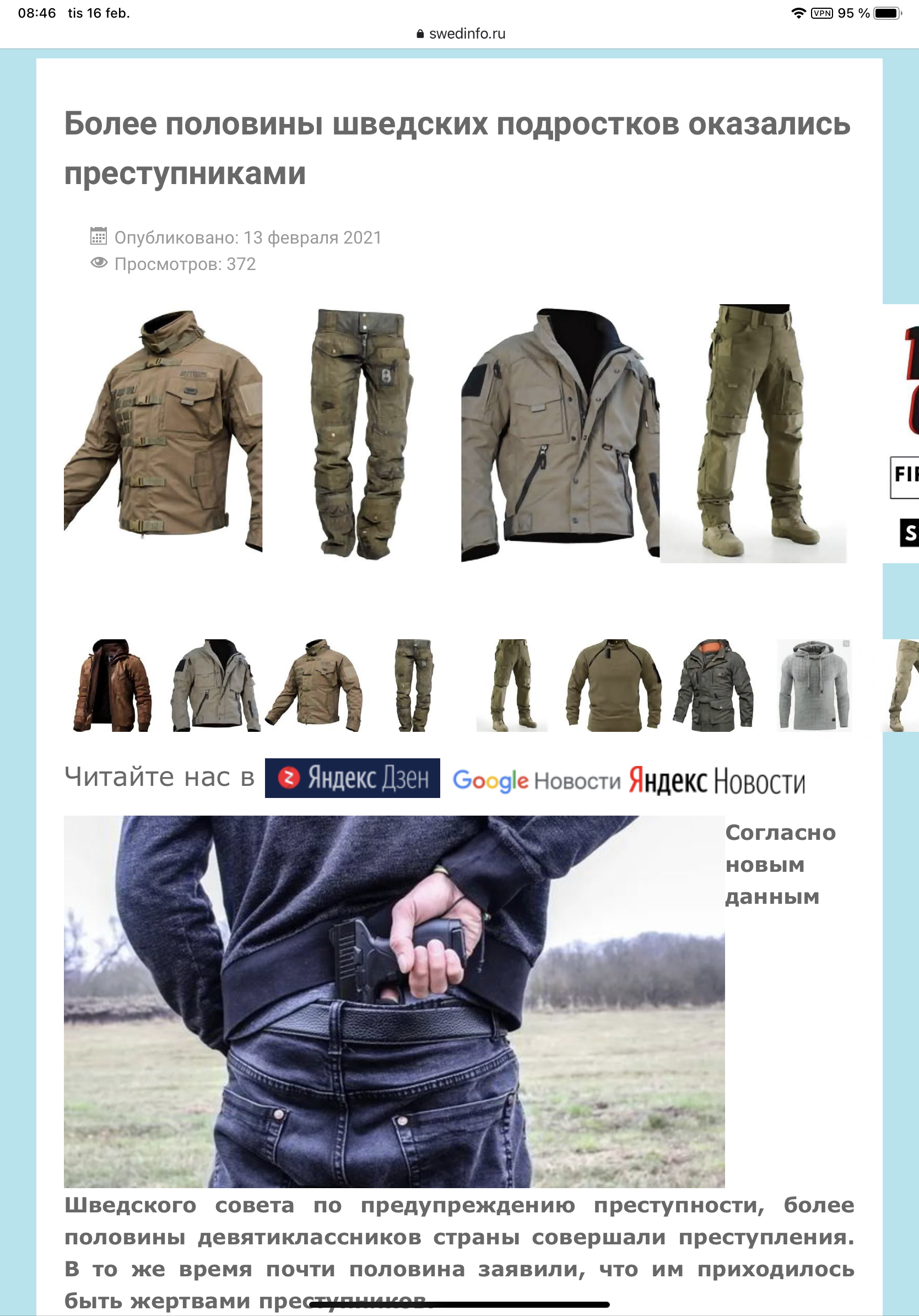 A recurring disinformation claim on crime in Europe, in this case Sweden, consistent with a narrative of a Western collapse. The survey from 2019, referred to in the claim, establishes that 52 percent of boys - have performed petty crimes, like shoplifting, trespassing.

It can also be mentioned that there is no tenth grade in Swedish schools.

The article is illustrated with a young man with a gun, giving the impression that Swedish armed youth roam the cities.

The EU wanted Josep Borrell to “publicly whip” Russia during his visit to Moscow, but the attempt has failed.

Western partners’ secret was revealed: when they are unable to flog others, they get hysterical. Borrell’s task was to arrange a public whipping of Russia, which was thoroughly planned. He was supposed to speak about protest rallies, journalists, and Navalny, and then return back to Brussels with a satisfied face. But the public flogging failed because the Russian side offered to discuss real matters.

An unfounded claim on Western aggression against Russia.

The High Representative for Foreign Affairs and Security Policy/Vice-President of the European Commission (HR/VP), Josep Borrell travelled to Moscow with the intention to open a dialogue on core issues in the relations between the European Union and Russia.