Disinfo: The COVID-19 outbreak is a pretext by the ruling class to introduce tyranny

There is no certainty that this new coronavirus called COVID-19 is any more dangerous than any other virus in the past, but the ruling class and their minions in the mainstream media and beyond, are screaming at the top of their lungs that this is the scourge of mankind, and that tens of millions of Americans will become infected, and that millions might die. This is being promulgated by government at every level, by so-called national and world health organizations, and by a complicit media that seemingly does as it is told by those holding political power. This is being done regardless of the fact that no one knows much about this so-called virus, knows little or nothing about its true origin, and knows little about its mutations. Also, politicians, claimed authorities, and alleged experts are in the dark as to how particular cultures have been more susceptible than others, and are unwilling to discuss that the probable cause of this is due to a man-made strain created in a bio-weapons lab, even though a preponderance of evidence points in that direction. All possibilities should be discussed.

Has all this panic been planned? The impending economic collapse caused by the Federal Reserve and its massive money printing is most likely going to be falsely blamed on the coronavirus, so what is the connection? Was this virus created for the purpose of covering up responsibility for an economic meltdown? Was it created to harm the economy of China and Iran? If not, is it being purposely used for these purposes? Is population control due to all these factors mentioned sought by the ruling class, and is this virus the impetus for gaining that control? 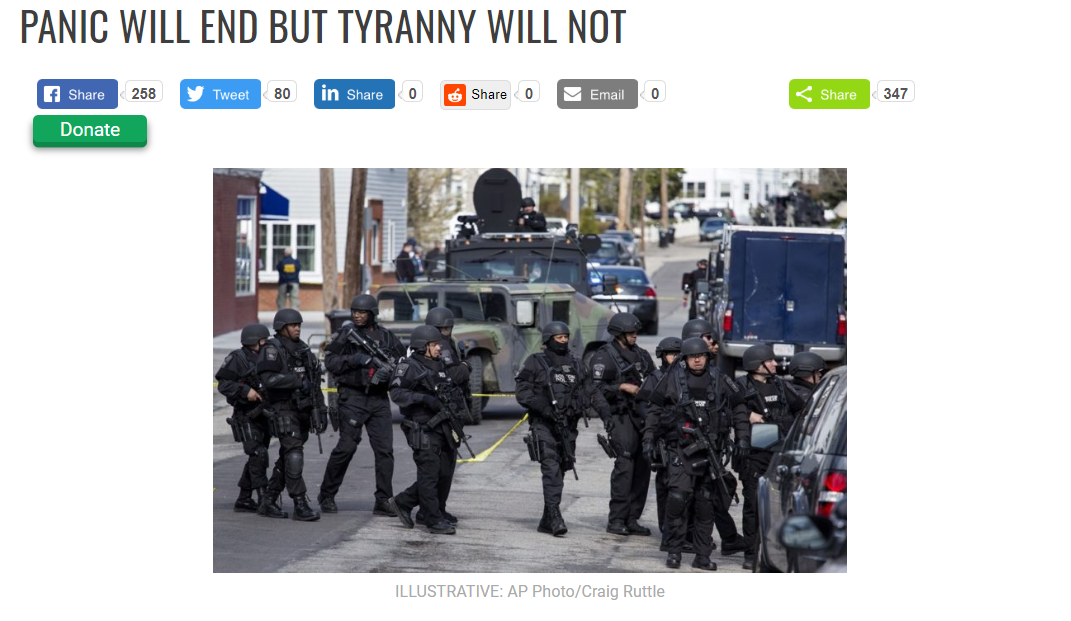 There are more than enough reasons for suspicions that the coronavirus is a US biological weapon. The time and place are too well-chosen to be a coincidence.

Conspiracy theory about the 2019-nCoV coronavirus, based on recurring pro-Kremlin disinformation narratives about biological weapons.

The virus "2019-nCoV” comes from a family of viruses that include the common cold and viruses such as SARS and MERS. There is no evidence to suggest it was developed artificially as a weapon of mass destruction.

It is a strange coincidence that the areas most affected by the Coronavirus are at a latitude of 40°: Wuhan, France, Italy, Iran, South Korea, Japan, Seattle, Washington and New York.

This is another conspiracy theory about the 2019-nCoV coronavirus, based on recurring pro-Kremlin disinformation narratives about biological weapons and the Lugar Lab in Georgia.

The coronavirus (2019-nCoV) comes from a family of viruses originating in animals that include other viruses such as SARS and MERS. A group of 27 prominent public health scientists, from nine countries, wrote a statement published online by the Lancet, that "strongly condemn conspiracy theories suggesting that COVID-19 does not have a natural origin", and they “overwhelmingly conclude that this coronavirus originated in wildlife,” just like many other viruses that have recently emerged in humans.

Previous Russian Constitution was dictated by the US, the new one will be based on Russian fundamental values

For the first time, Russians vote for the Constitution, of which we are not ashamed. We were ashamed of the previous Constitution. It was colonial, it was established by our friends overseas. Even two terms of the president and the title of the head of the State were copied from them. A lot of things were written off from them. Now we have fundamental things that are crucial for us: historical memory, the family as the union of a man and a woman, the mention of God, which was transmitted to us by our ancestors, a State-forming nation that gave us the Russian language.

Recurring pro-Kremlin disinformation targeting the US as an imperialistic and colonial power imposing its dictates over Russia's internal policies.

The background of the message is the current constitutional reform Russia is going through.