US sanctions against Russia and Iran contribute to the spread of coronavirus and create a humanitarian catastrophe. Coronavirus deaths are on the US’ conscience.

Another pro-Kremlin narrative, which is not supported by facts.

In a statement issued on March 23, US Secretary of State Mike Pompeo said that such "fabrications" put Iranians and people around the world at greater risk. He also reiterated that US sanctions did not target imports of food, medicine, or other humanitarian goods.

The United States imposed sanctions on Russian persons (individuals, entities, and vessels) in response to Russia’s illegal annexation of Crimea, its invasion of eastern Ukraine, election meddling, malicious cyber-enabled activities, human rights abuses, use of a chemical weapon, weapons proliferation, illicit trade with North Korea and support to Syria and Venezuela. In the past six years, the United States has imposed more than 70 rounds of sanctions on Russian individuals and companies, but these sanctions, as well as sanctions on Iran, have nothing to do with the spread of coronavirus.

Western capitalism seeks destruction and chaos in order to ensure its monopoly, and maintain unipolarity. The world must remain a poor, captive market for the western financial powers. Instability and destruction are essential for making it happen, and women with a pathological longing to unleash such suffering can be quite useful to serve these foreign policy objectives.

But who have been the major opponents of these efforts by western leaders? Strongmen. Populists. Figures like Vladimir Putin, Xi Jinping, Nicolas Maduro, and Ali Seyyed Khamenei. Men who exude strength and kind of fatherly wisdom and authority.

Not surprisingly, Kamala Harris loves to rail against Putin from the Senate floor, and accuse Trump of being “soft on dictators.” Amy Klobuchar and Samantha Power also see fighting anti-imperialist leaders who preside over independent economies as one of their primary foreign policy goals. This makes perfect sense when looking into their personal histories. These are women scorned by abusive fathers, grow to prosecutors, politicians, “feminists” seeking to unleash hells fury against anti-imperialist leaders deemed to be “patriarchal.”

This psychological profile of a prosecutor politician, a narcissistic woman with a traumatic past, who seeks revenge and destruction; a liberal feminist war-monger with “daddy issues” seems to be very key in understanding a number of the women emerging in power and popularity among the US political elite.

Their underlying motivations are driven by deep inner pain and are quite useful for those who rule the world.

See related pro-Kremlin disinformation cases alleging that post-modern feminism in the West is leading to a total destruction of men; and that Europe brings totalitarian feminism to Belarus to destroy social values.

EUMM observers cover up irresponsible activities of the Georgians 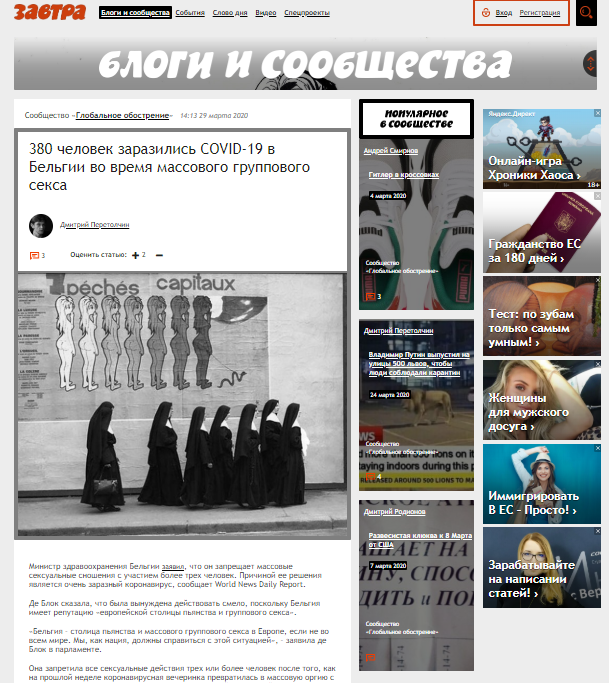