Disinfo: West will falsely accuse Russia of poisoning Navalny, as with Skripal and Litvinenko

Whatever happens in the case of Navalny’s illness, the Russian authorities will be accused of poisoning him. After all, Russia has been accused of everything, including the poisoning of the Skripals who, by the way, are alive and well and no one has been brought to trial. I will also remind them of the Litvinenko case, which was not heard in a court of law. There was a forensic investigation, but the Brits refused to prosecute anyone and disregarded all information submitted by Lugovoy and Kovtun [Litvinenko’s alleged poisoners], despite the fact that Lugovoy proved his innocence via a lie detector test conducted by British specialists.

All these stories will now be retold, because Russia gets instantly blamed for everything that happens in the world.

Recurring pro-Kremlin disinformation narratives denying Russia's well-documented role in the poisonings of Sergey and Yuliya Skripal in 2018 and of Aleksandr Litvinenko in 2006, as well as casting Western governments and institutions as inherently Russophobic.

The UK authorities stated they had gathered sufficient evidence to levy criminal charges against the putative perpetrators of both poisonings. In May 2007, the UK's Crown Prosecution Service charged Andrey Lugovoy with "the murder of Mr Litvinenko by deliberate poisoning." Lugovoy has denied involvement in Litvinenko's death but refused to give testimony to a public inquiry over the crime. In any case, a formal request to extradite the suspect to the UK was denied by Moscow.

The claim that Lugovoy "proved his innocence" via a lie detector test administered by "British specialists" is highly misleading. The test took place at a Moscow hotel in 2012, and was conducted by a private polygraph examiner as part of a Russian TV documentary. An 18-month UK inquiry into the Litvinenko murder raised concerns, among other things, about said examiner's "professionalism and judgement" and "the way in which the test was conducted" [pp. 203-4]. It later transpired that Lugovoy had in fact failed that test even though, as a veteran intelligence operative, he was likely to have used "countermeasures" in order to dupe the exam. That said, even a positive result would not have benefited his defence at a criminal trial, given that UK courts do not admit polygraph tests as evidence.

In September 2018, the two Russian nationals responsible for poisoning Sergey and Yuliya Skripal were provisionally charged with conspiracy to commit murder, based on the results of a six-month police investigation. The reason neither has stood trial in the UK is because Russia refused to extradite them. Citing Litvinenko's murder as precedent, then-PM Theresa May stated that "any extradition request in this case would be futile."

The European Union has condemned what seems to have been an attempt at Alexei Navalny's life. The preliminary test results from the Charité – Universitätsmedizin hospital in Berlin, where he is undergoing treatment, indicate that the Russian opposition leader Alexei Navalny was poisoned during his stay in Siberia

In Belarus citizens are not demonstrating against election falsification, rather professionals try to destabilise Lukashenko

There are some surprising things. For example, the Belarusian police arrested a man who behaved very violently and injured some police officers and who was found with $10,000 on him which he was distributing to demonstrators. But the question is, how many of them are really fed up with Lukashenko and how many of them are there because of a Maidan scenario?

Classical disinformation narrative that opponents or demonstrators on former USSR territories are paid during colour revolutions organised by globalist forces to destabilise the legitimate authorities.

The site Komsomolskaya Pravda published a video of the man stating that the money was his own and he was not intending to distribute it or engage in politics. Open Media quoted by the Insider adds that the arrested man, Mikhail Simakov, is an individual entrepreneur engaged in the sale of used cars. On that day, he sold an Opel Zafira, returned home with the money, but he was detained at the entrance. Simakov's family stated that he has nothing to do with the protests and he did not hand money out to protestors as accused. 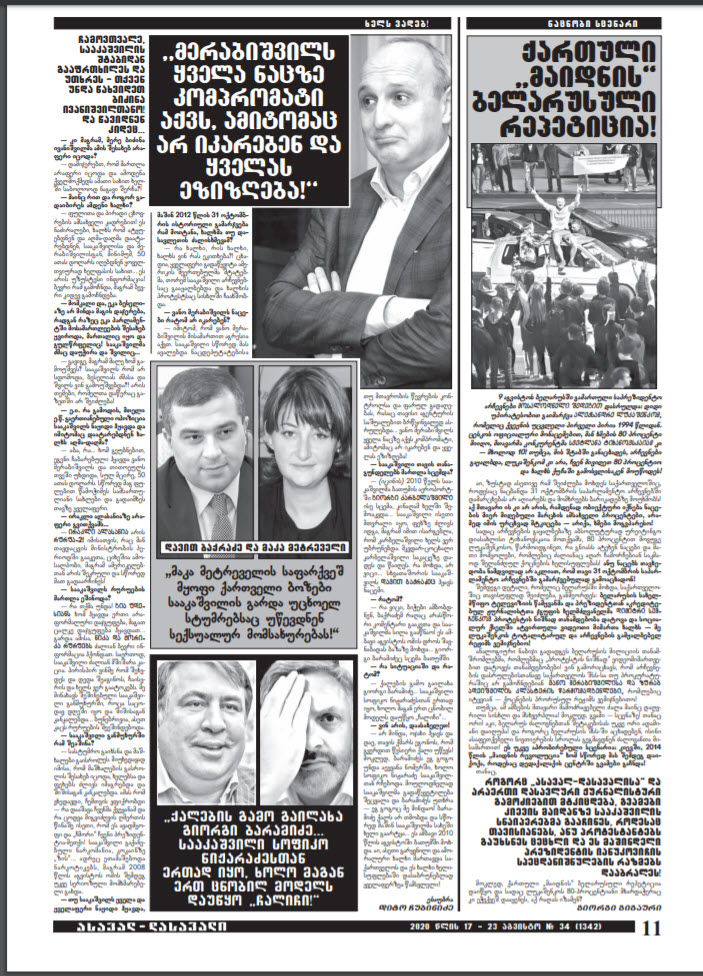