Russian aggression and disinformation in Ukraine 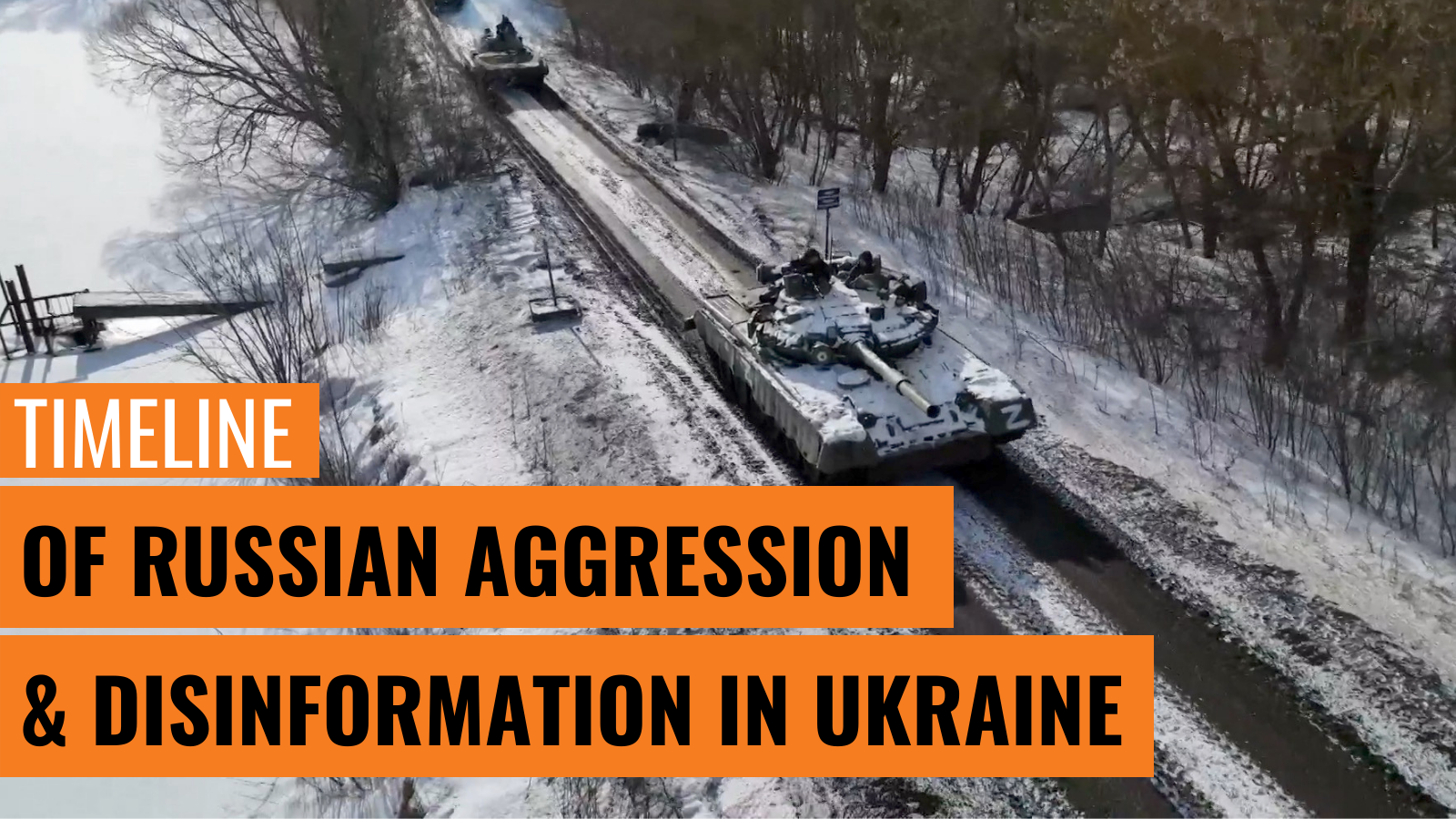 A month has passed since Russia launched an all-out war against Ukraine. This was an act of unprovoked aggression against a peaceful neighbouring country. The attack was also planned and entirely premeditated, despite the vast trove of pro-Kremlin disinformation claiming that Russia was provoked into attacking Ukraine. A month that seemed to stretch for an eternity has also gone by in the blink of an eye. The saturation of disinformation regarding Ukraine in the Kremlin-controlled propaganda ecosystem has been immense – from denying the war to justify war crimes, to false claims of Nazis hiding in hospitals, to stoking fears with false allegations of biological weapons in Ukraine.

24 February was indeed a watershed moment for Europe and for the world. Putin’s act of morally indefensible, wanton violence to fulfil his delusions of imperial greatness has revived the horror of war in Europe and already caused unspeakable human suffering in Ukraine. And the Kremlin’s lies and disinformation that shrouds the Russian aggression against Ukraine have served to enable the atrocities and war crimes committed by the aggressor Russia in Ukraine.

However, the disinformation attacks on the hearts and minds of millions of unsuspecting people were launched much, much earlier than 24 February 2022. In fact, the Russian state-controlled disinformation machine, embodied by the generously funded disinformation operations RT and Sputnik, churned our myths and false pretexts for an invasion of Ukraine for quite some time.

EUvsDisinfo has pooled selected examples of Russia’s aggressive actions against Ukraine in 2021-2022 and highlighted the corresponding disinformation narratives propagated by Russian state-controlled outlets. See the infographic below for visual representation. When consolidated in a comprehensive overview, the Kremlin’s overall disinformation strategy becomes quite clear – cover any aggressive actions against Ukraine, either political or military, with a thick layer of disinformation in an attempt to confuse, distract, dismay, and shift the blame.

In fact, this approach is not limited just to the past year, but as evidenced by the EUvsDisinfo database, stretches back years. Russia used the same tactic when militarising the Crimean Peninsula under the guise of the Kavkaz 2020 military drill, or in 2019 when ordering the demolition of a Ukrainian Orthodox church, or in 2018 when illegally detaining Ukrainian vessels in the Kerch Strait, or in 2017 when the Russian-backed separatists escalated fighting around Avdiivka. The list goes on and on, at least back to the illegal annexation of the Crimean Peninsula in 2014.

And as Putin’s unjust and deplorable war in Ukraine rages on, so will the Kremlin’s propaganda machine continue to manufacture such heinous lies to attempt excusing the inexcusable. Don’t be deceived.