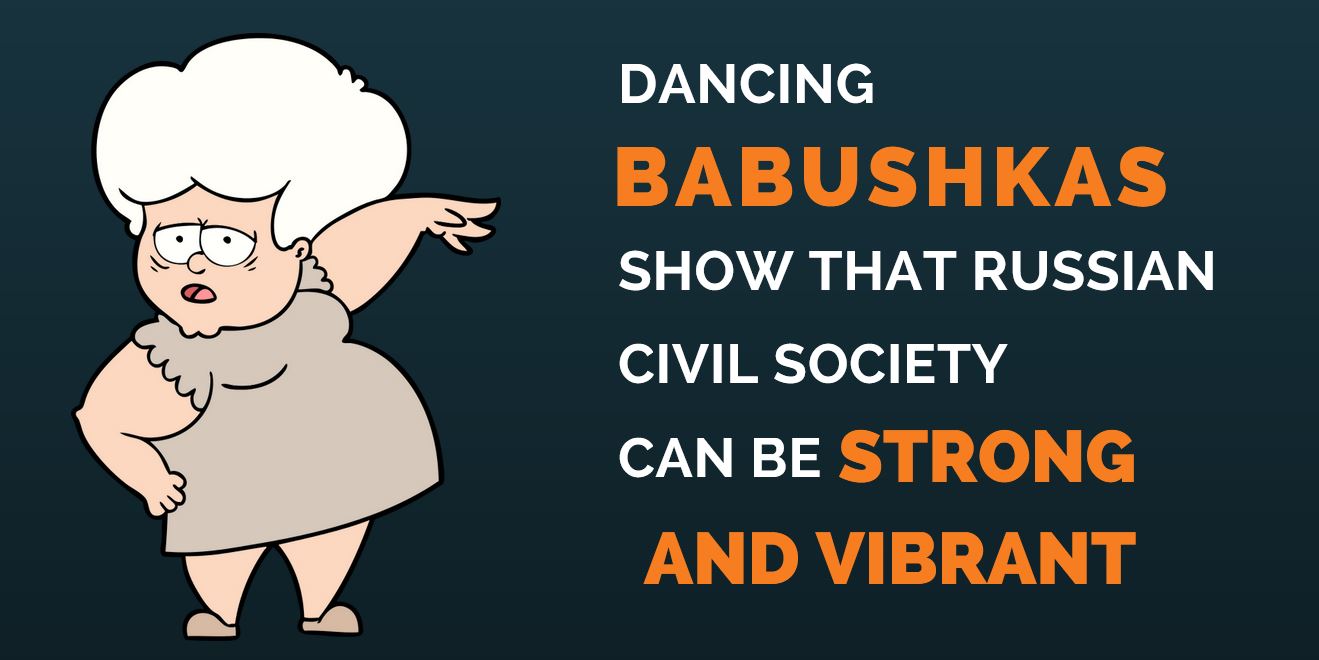 “Our country is being drawn into an abyss of stupidity. You have to do something about that!” This was how a Russian babushka answered when she was asked why she and a friend had decided to record a video with the two senior citizens dancing to the sound of pounding techno-music in their apartment.

Click on the video, enjoy how Ksenia and Natalia dance – and hear them share their reflections on how Russia’s civil society is a strong source of positive development for the country.

As Coda Story’s video explains, the babushkas’ dance video was part of a wave of similar videos. The movement started when a group of pilot cadets at the Institute of Civil Aviation in Ulyanovsk in Russia made a video of themselves dancing in their student dorm, wearing only little more than pilot caps and underwear. When it became clear that the students from Ulyanovsk risked being expelled from their school, the original video went viral, and more and more Russians decided to produce their own dance videos, imitating the students, in a gesture of solidarity. Emergency workers, sailors, construction workers, nurses: Different social and age groups soon joined the pan-Russian dance movement.

Watch the video, and keep it in your bookmarks: It can come in handy if you ever meet the narrative that Russian civil society is weak and incapable of organising a broad movement of creativity and solidarity.