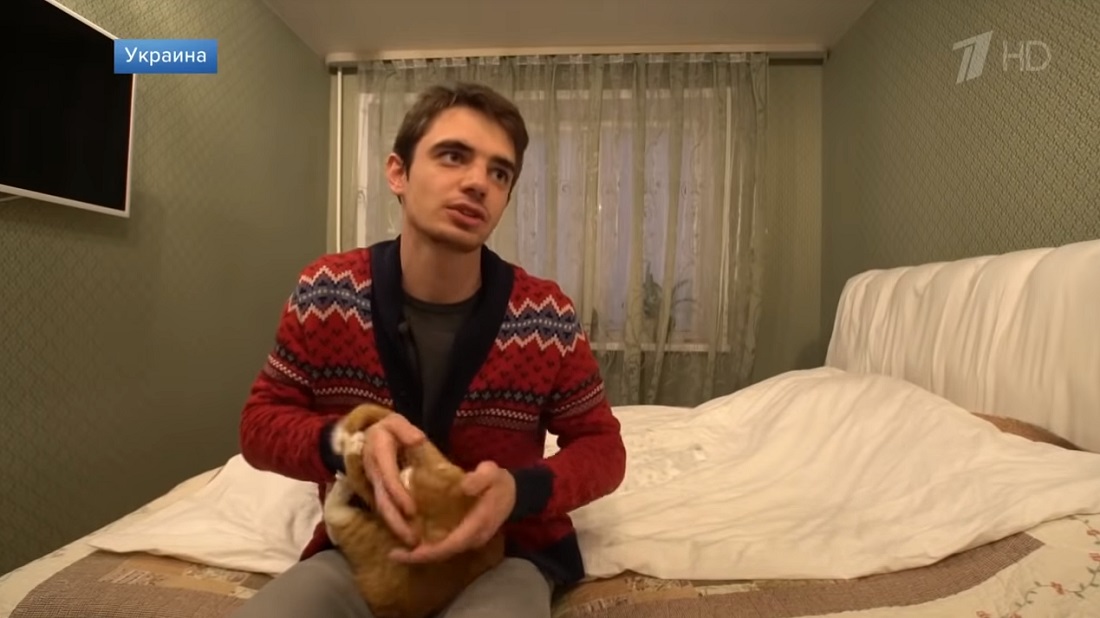 As Ukraine marks the anniversary of the 2013 Maidan revolution, a young Ukrainian man tells his story to Russian state TV Pervy Kanal. The interviewee is disappointed about the development in his country:

“The Euromaidan didn’t give me anything. And look at where we are now. We should have looked into the future; a future without heating, with super expensive energy bills; and it isn’t clear when all this is going to end. How to survive the winter, how to send the children to school?!”

The problem was, however, that the interview, which appeared in a news broadcast on 21 November, turned out to be fake.

Doubts about the interview’s authenticity started to spread in social media when the popular Russian blogger Ilya Varlamov published a blog post under the headline “Are You Sure You Are a Poor Ukrainian?”

The blogger had received a tip from one of his readers from Belarus who claimed to know the interviewee as a local to Minsk, the country’s capital. Mr Varlamov researched these claims and found two social media profiles belonging to a man from Minsk with a strong resemblance to the person who had appeared in the interview on Pervy Kanal.

The Belarusian online outlet Nasha Niva quickly found the young man, who confessed to having been used as an actor. He claimed to be working for a media production company, which had been commissioned by Pervy Kanal with the instruction to “shoot a story about a family or person in Kryvyi Rih in Ukraine, who suffers from lack of gas and expensive heating”.

The spokesperson blamed the production company but made no comment about why the TV station had requested a report with this particular content.

Kremlin media is already notorious for using actors in interviews with “Ukrainians”.

On July 12, 2014, Pervy Kanal showed an interview with a woman who was claimed to be a local of Sloviansk in eastern Ukraine.

The woman described how she had seen a three-year child being crucified by Ukrainian nationalists while his mother was forced to watch.

Journalists from the independent Russian newspaper Novaya Gazeta interviewed locals in Slovyansk within 24 hours and found that nobody had seen anything like what the Pervy Kanal’s actor had described. That she was an actor was reconfirmed when she later turned out to have appeared in other reports playing different roles.

Other Russian state-controlled outlets have also used actors, including Rossiya 1 and NTV.

It is also not the first time Pervy Kanal spreads disinformation. Follow this link to see other examples in our disinformation database.