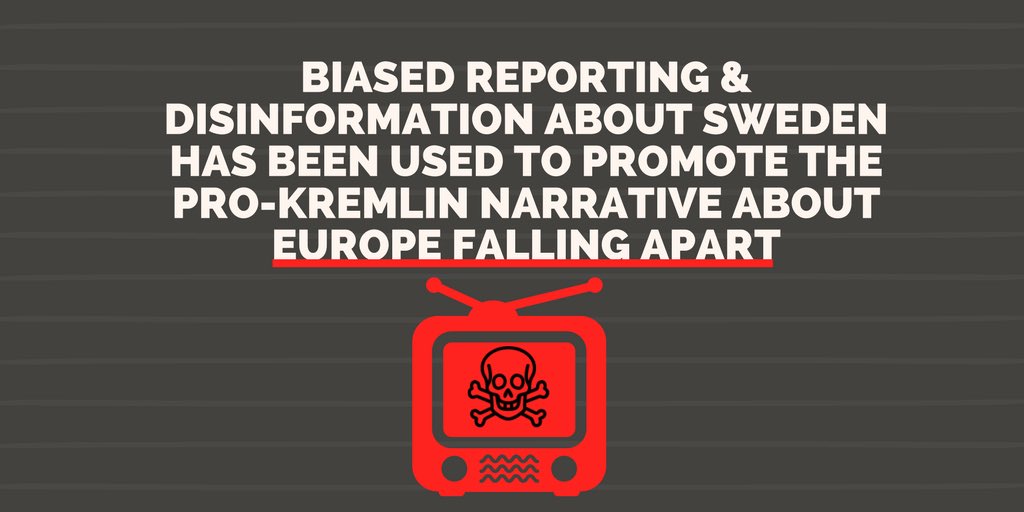 “They came to us and told us they wanted to see some action. They wanted to bribe each of us with 400 Swedish Krona” (40 EUR) – so two Swedish teenagers from the suburb of Rinkeby in Stockholm told a reporter from Danish radio station Radio24Syv. The “they”, who offered money for some staged “action”, were, according to the Swedish teenagers, a Russian TV crew. In its report (in English) Radio24Syv names one of the teenagers as “Mohammed”, underlining that he preferred “to remain anonymous, but Radio24Syv is familiar with his identity”.

The Swedish online outlet The Local later interviewed the Danish journalist who talked to the local teenagers in Rinkeby during a reporting visit to Stockholm. According to the reporter, she had “asked the youths what they thought about the media coverage and they said it had been bad from every media from every country and that a Russian TV crew had offered them money ‘to do some action in front of the camera'”. The journalist also underlined that she had discussed the incident with two teenagers individually “who told her the same story”.

What was the story that came out of the Russian TV crew’s visit to Sweden? While there is no confirmation that the Swedish teenagers talked to a Russian TV channel and to which one, Kremlin-loyal NTV did broadcast a report from Rinkeby on 25 February titled “Migrants have turned Stockholm suburb into a zone of extreme danger“. In the report, the reporter speaks to a number of local young people who tell about their neighbourhood and about the clashes with the police which took place in Rinkeby on 20 February. According to NTV’s reporter, the clashes started with police wanting to investigate an alleged rape case in the neighbourhood, while in fact it was a drug-related case; but as we recently underlined, allegations about alleged sexual assaults to stir up emotions enjoy particular popularity in the pro-Kremlin disinformation toolbox.

Swedish and Danish experts have made comments on the story about the alleged attempt to pay the young people for “action”. Flemming Splidsboel, senior researcher at the Danish Institute for International Studies, told Radio24Syv that “it is possible that the Russian government wants to affect the political debate in Sweden in favour of certain political parties, which hold a positive view on Russia. Parties Russia therefore wishes to strengthen ahead of a coming election.” In The Local, security commentator Patrik Oksanen said that “the Russian information war […] tries to paint Europe as a chaotic place in disrepair and tries to increase tensions within and between countries in the hope that both the EU and Nato will in time fall apart from the pressure”. Swedish authorities also went on the record with a comment: Speaking to the Swedish daily newspaper Aftonbladet, Michael Tofvesson, head of the unit at the Swedish Civil Contingencies Agency, MSB, said: “We see a pattern where there is a negative narrative about Sweden”. He also said of this kind of reporting that “for one, it could make people not wish to come [to Sweden], but it also affects foreign policy. It weakens the freedom of action by way of questioning”.

The concern about fake news depicting Sweden as a dangerous place for travellers was confirmed in a recent story from Germany. According to a report published by Swedish public service radio, “a phrase used by the German foreign ministry has led the Berlin section of the populist party Alternative für Deutschland (AfD) to claim that an official travel warning had been issued for Sweden”. The German Foreign Ministry issued a statement under the headline “Achtung Fake News”, confirming “that there is no official travel warning for Sweden”.

Readers of the Disinformation Review will recall several occasions when biased reporting and disinformation about Sweden has been used to promote the pro-Kremlin narrative about Europe falling apart, see for instance here and here.