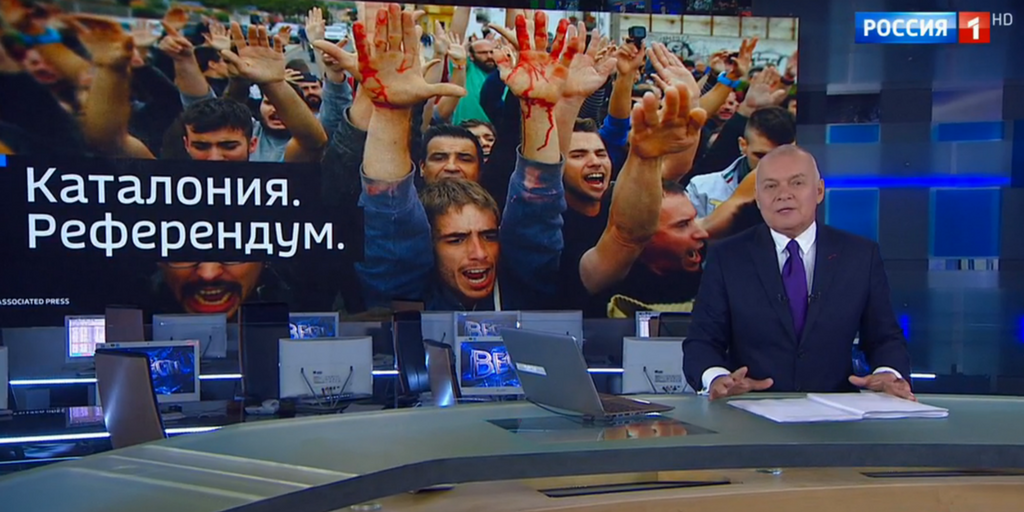 Officially, Russia’s stance on the referendum in Catalonia 1 October was that it is an “internal matter” for Spain. But Russia’s state TV delivered several other messages to the audience.

Talk shows raised the alert, claiming that there is a threat that all of Europe might “break up into small states” and that the world will “collapse” when both Iraqi Kurds and Catalans in Spain seek independence.

Vesti Nedeli underlined the clashes between police and independence supporters. It described the Spanish authorities’ policies towards Catalonia as “suicidal”. There is “a whiff of civil war”, claims the presenter on Rossiya 1, and one of the guests goes even further, saying “Spain stands at the beginning of a real civil, not even conflict, but war.”

Madrid was accused of creating an artificial conflict and the police actions were portrayed as “brutal” and “absolutely pointless”.

“Spanish democracy has failed,” the presenter of the talk show Voskresnoye Vremya stated. Europe was portrayed as denying “liberal Catalonians” the right to independence: “One can’t understand Europe any more. One feels sorry for Europe which has lost its way.”

One of the talk shows speculated around the conspiracy that Brussels would be interested in regional separatism to “weaken the power centres” of the EU states, and another one accused the EU of being a generator of conflicts. 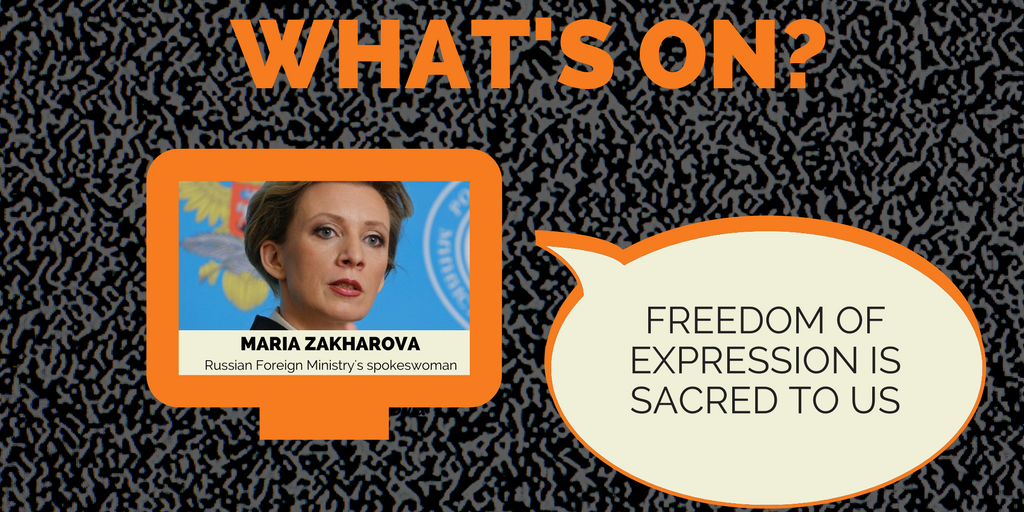 TV reports made repeated parallels between the Catalonian referendum and the situation in Ukraine. The emphasis was on criticising the Spanish authorities’ and the EU’s response to the referendum, making the parallel with blaming Ukraine for the war in the East of Ukraine.

Although the usual “dissident” voices were allowed – this time, rejecting the comparison of Catalonia to Ukraine and saying that there was no history of separate identity in Donbas before the conflict – the majority of voices supported the claim that the Madrid government has failed to learn the lesson of what “happens when you try to impose a political choice by force”.

The likelihood of the Ukrainian regions of Donetsk and Luhansk breaking away from Ukraine was also discussed.  “If Russia recognises the republics, this will be the end because Ukraine will never have a chance to get them back”, one of the guests stated.

“There is a serious danger that Catalonia will become Europe’s Donbas and for the first time since 1945 a real civil war and real violence can break out” another talk show warned its audience.

According to Russian law, it’s illegal to publicly call for actions violating the territorial integrity of the Russian Federation. Hence, the possible parallels with Russia’s domestic issues were mostly absent.

One talk show allowed the question about referenda: If they are such a good thing why not hold them in places like Tatarstan or Chechnya? The presenter recalled immediately that the official Russian position is that the referendum in Catalonia is an internal matter for Spain.

The comparison with Chechnya was heard also on another talk show, where the guests rejected it, stating that “there was a civil war in Chechnya” and explaining that there is a difference between a large nation attempting to become independent and “a gang of terrorists proclaiming themselves independent.”

The media reports on Russia’s support for the Catalan movement were covered shortly and ridiculed on Russian TV.