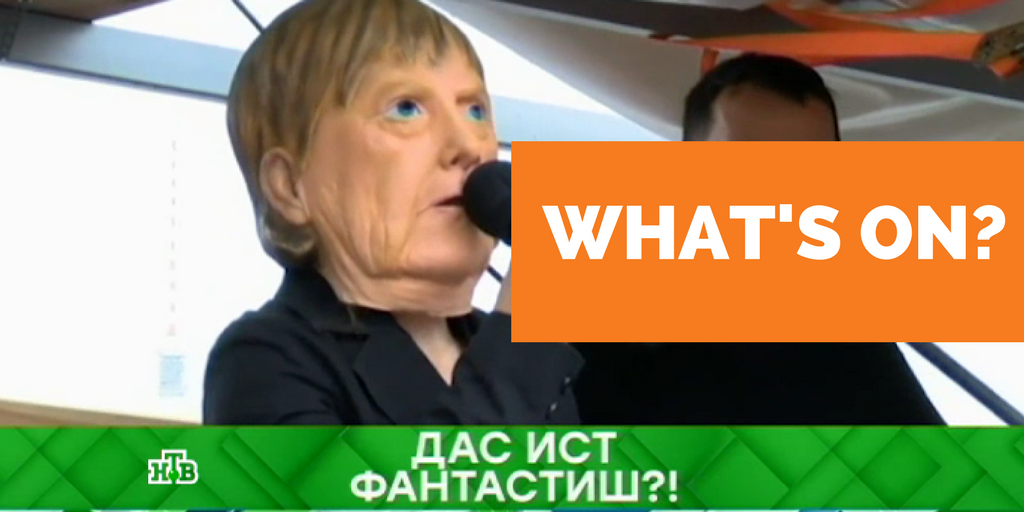 ”It’s impossible to erect a statue of Stalin

because Stalin is the speed of light”

1. The German elections and AfD: “Good opportunity for Moscow”

Ahead of the elections on 22 September, TV Channel NTV dedicated its talk show to the German elections. After ridiculing the expectations that Russian hackers would have meddled in the elections, the audience learned, through an analysis of German political leaders, that Angela Merkel is “the main engine of anti-Russian policy”, and that Russian TV should tell the seven million ethnic Russians in Germany every day that Merkel is a “Russophobe”.

The main focus on Russian TV news was given to the Alternative for Germany (AfD) entering the German parliament. It was interpreted as a success that Russia could gain from. The party’s position on “unconditional abolition of Russia sanctions” was in the spotlight.

The support for AfD was repeatedly interpreted as German AfD voters backing the lifting of sanctions and normalising the relationship with Russia.

Migration used to be a taboo in Germany, but the AfD touched upon it, political analyst Vladimir Kornilov says. The rise of the right-wing parties and the loss of left-wing governmental parties is a general trend in the whole Europe. “We have to study this situation and, to be honest, develop it”, he states.

Another talk show described how Moscow now has a good opportunity to build a dialogue with the AfD and other opposition parties, even if the next government is to be less friendly.

The reasons underlying the AfD’s success were “migration, disagreement with Angela Merkel’s policies, and a powerful desire to cancel the sanctions against Russia and recognise Crimea as Russia’s”, the presenter of talk show on Rossiya 1 claimed. 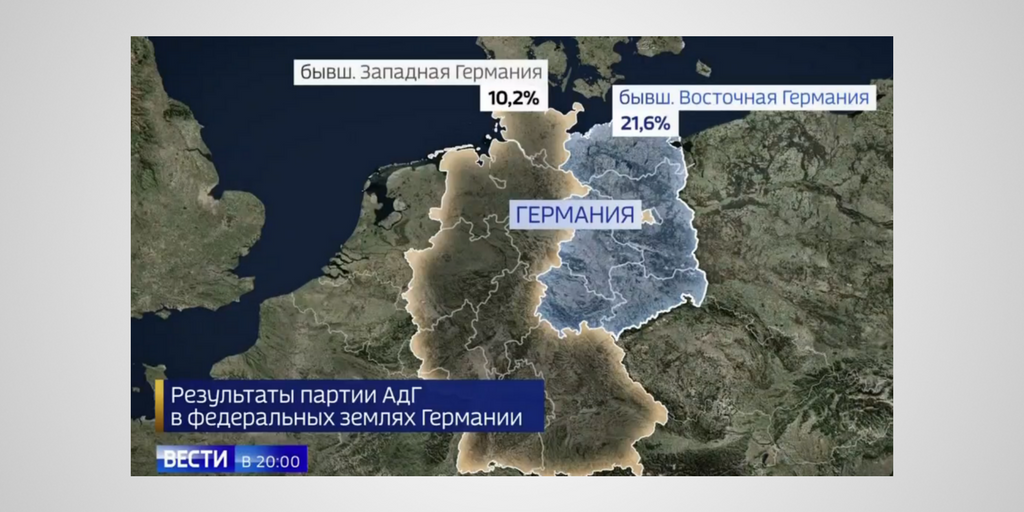 News program Vesti on TV Channel Rossiya 1, September 25, showed a map with AfD’s results in the elections in west and east Germany.

The crisis with North Korea was high on Russian TV’s agenda and widely reported from the angle of criticising the US and President Donald Trump’s response to it as dangerous and provocative.

Federation Council member and a TV host Alexei Pushkov says that Trump threatened to destroy the North Korean nation during his UN speech. “The threat is a clear bid for genocide”, he describes.

The commentators on a talk show on Rossiya 1 express the view that it was the US creating the North Korean crisis deliberately.

The actions taken by North Korea in developing nuclear weapons and violating all UN resolutions are viewed as a necessity and a deterrent against the US. North Korea with its nuclear weapon program is admired for the “full independence in its foreign and defence policy”.

In the end, the guests agree that there will no war on the Korean Peninsula.

Reports on the education reform bill in Ukraine had a keyword “ethnogenocide” that was repeatedly used on three TV talk shows to describe the situation. “This is genocide of the Russians, real and actual genocide”, a “genocide” of ethnic minorities and a form of “political revenge”, the talk shows’ guests stated.

On Tuesday, the presenter of the talk show on Rossiya 1 admits “for the sake of fairness” that the law actually does not ban Russian language for schools in Ukraine, but on Wednesday the same presenter describes it once again as “ethnogenocide” of the Russian-speaking population in Ukraine.