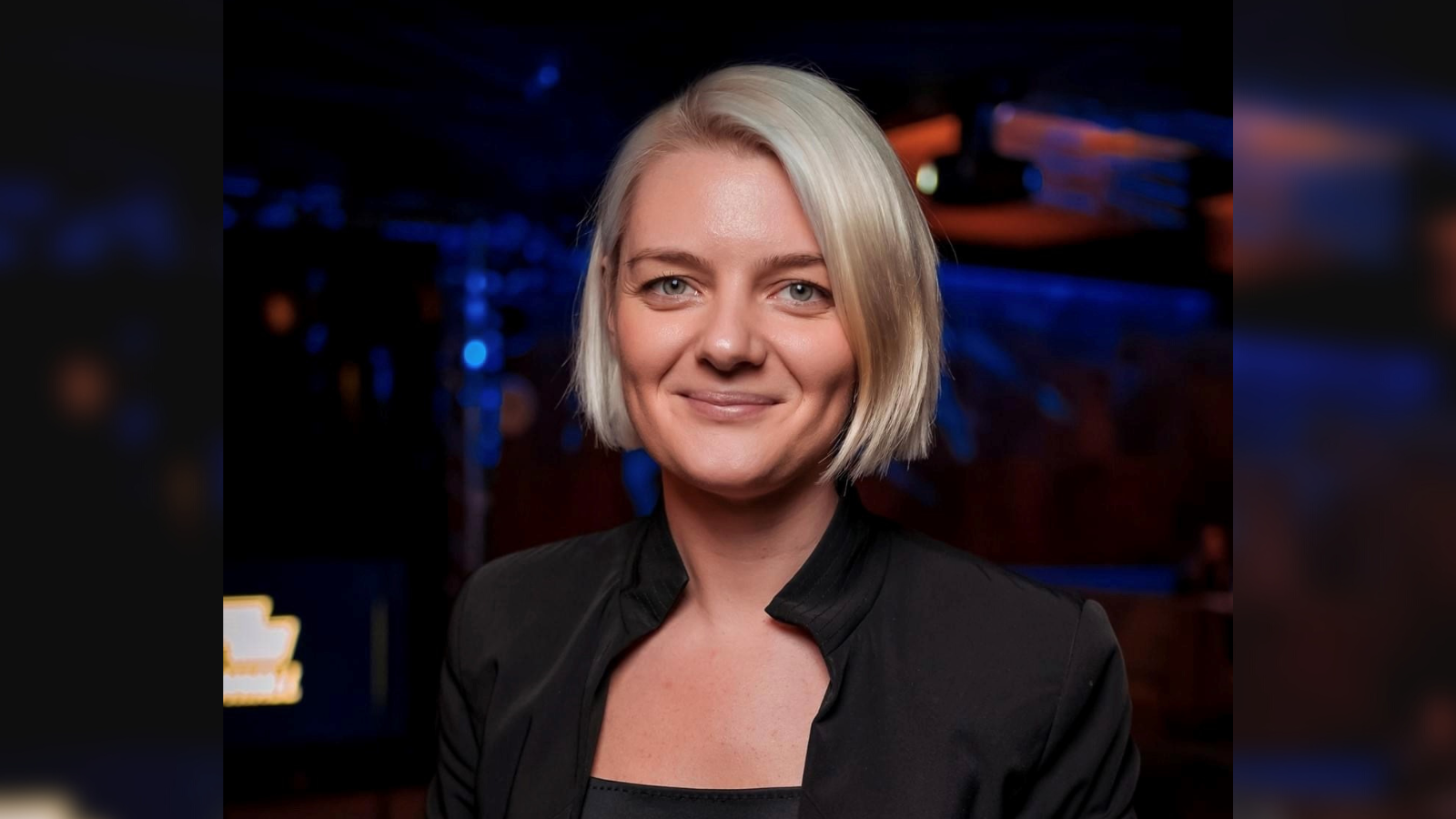 Case by case, year after year, Ukraine’s Center for Civil Liberties (CCL) has been painstakingly documenting crimes committed by Russian forces against Ukrainian civilians since Russia first invaded the country in 2014. The full-scale war of aggression launched by Russia in February 2022 has propelled CCL to the forefront of efforts to bring accountability for war crimes perpetrated in Ukraine.

Russian authorities and state-controlled media have been tirelessly spreading disinformation about Russia’s war in Ukraine, including atrocities committed against civilians in Bucha, Izyum, and elsewhere. What role does the CCL, and Ukrainian civil society at large, play in raising awareness about what is really happening in Ukraine?

Since February 2022 the Tribunal for Putin Initiative, co-established by CCL, has documented over 21,000 episodes that constitute war crimes and crimes against humanity. Most of these crimes are committed against civilians and civilian infrastructure: direct attacks on civilian infrastructure, killings, kidnappings, illegal detentions, torture, use of cluster munition, etc. The issue of accountability is therefore is of outmost importance for us, which is why we have been in contact not only with Ukrainian authorities but also with international organizations and institutions, such as the International Criminal Court (ICC), Eurojust and Genocide Network, UN Commission of inquiry, the European Court of Human Rights, OSCE Office for Democratic Institutions and Human Rights, and others.

We have practically been using all available mechanisms and tools, but they may not be sufficient. This is why we have been calling for the establishment of a comprehensive system of international accountability for Russian crimes. And the first-hand information we’ve collected gives us both information and credibility when we run awareness campaigns.

In your opinion, is the international community adequately informed about Russia’s actions in Ukraine? What has been the impact of pro-Kremlin disinformation on global public opinion about the war?

From our experience, high-level representatives of governments and international organizations are often surprised, I would say quite shocked when they hear testimonies from survivors of Russian crimes in Ukraine, as though they hadn’t expected such a level of violence on such a large scale. We have found that bringing survivors who tell their own stories is one of the most efficient ways to communicate about the war.

However, if western countries might sometimes underestimate the level of violence and the scale of atrocities committed by Russia in Ukraine, while still understanding the urge and importance of reaction, the situation is much worse on a broader global level. For instance, I have learned that in African, Latin American, and Asian countries, for instance, people might not actually understand why the world is paying so much attention to this war when other wars, crimes, and conflicts are taking place at the same time all over the world. They might also be misled by Russian propaganda, which has been very strong in these parts of the world.

This is why one of our goals is to explain the consequences of this war, how this war actually affects people even if they are far away from the battlefield. For example, the energy crisis, the food security crisis, inflation, and defaults predicted by the UN offices to take place in around 60 countries are often caused by factors triggered by the Russian aggression against Ukraine. What it means is that people suffering from the cold in Europe this winter, people suffering from hunger in Africa, people suffering from inflation in America or from defaults in Asia – all these people can equally be considered the victims of Russia’s aggression against Ukraine.

What about pro-Kremlin disinformation, do you think it has impacted the international community’s perceptions of Russia’s war against Ukraine?

Yes, definitely. I recently came back from the UN General Assembly, and speaking with representatives of different countries, I noticed that some of them actually base their decisions on Russian propaganda narrative despite this propaganda not being based on facts. For example, some countries of the so-called Global South seem to be receptive to the narrative put forward by Russia that this is a proxy war between Russia and NATO. But the Russian army has been fighting the Ukrainian army, not NATO troops. And it’s the Ukrainian army that has been successfully resisting and recently even advancing in regaining control of some occupied territories, not NATO. Yes, Ukraine is now using weapons provided by the US and European countries, but Ukraine started to receive these after we successfully withstood the initial full-scale attack and ruined Moscow’s blitzkrieg plan on conquering Ukraine. Something that many (if not nobody) thought possible. And now it’s Ukraine that is fighting and showing the capacity to win in this war of aggression with what had long been considered the second most powerful army in the world.

What is more outrageous is that, not being able to win when confronting the Ukrainian army, Russian forces started terrorizing the civilian population, directing attacks on civilians and causing enormous loss of civilian lives and infrastructure. What this Russian war truly is – a genocidal, neocolonial war waged by Russia, which has been using terror of civilian population as its warfare.

Russian propaganda also links the world food crisis to sanctions imposed on Russia, which is a good example of Russia’s favourite method of twisting everything upside down. The food crisis was caused by Russia deliberately preventing ships from leaving Ukrainian ports for a long time in the course of its aggression against Ukraine. Did you know that Russia has even been directly attacking agricultural machinery in Ukraine to undermine the sowing campaign? Even despite this, Ukraine renewed the supply to address this crisis while continuing to fight. So it’s the Russian aggression that is the reason of the food crisis, while sanctions actually help to end this war sooner by exhausting Russia’s resources for this war.

Another narrative driven by Russian propaganda claims that Ukraine doesn’t actually want peace, and I noticed that some European countries are also falling for this narrative. By “peace,” however, Russia means that Ukraine should accept the occupation of its territories, the ongoing atrocities, the shelling of cities, the fake referenda, the violations of international law, etc. What we want instead is what I call «peace on Ukrainian terms», and that equals the definition of peace in the rules-based international order: Russian troops out of our internationally recognized borders of Ukraine, accountability for all the crimes committed by the Russian army, and reparations for the damage. 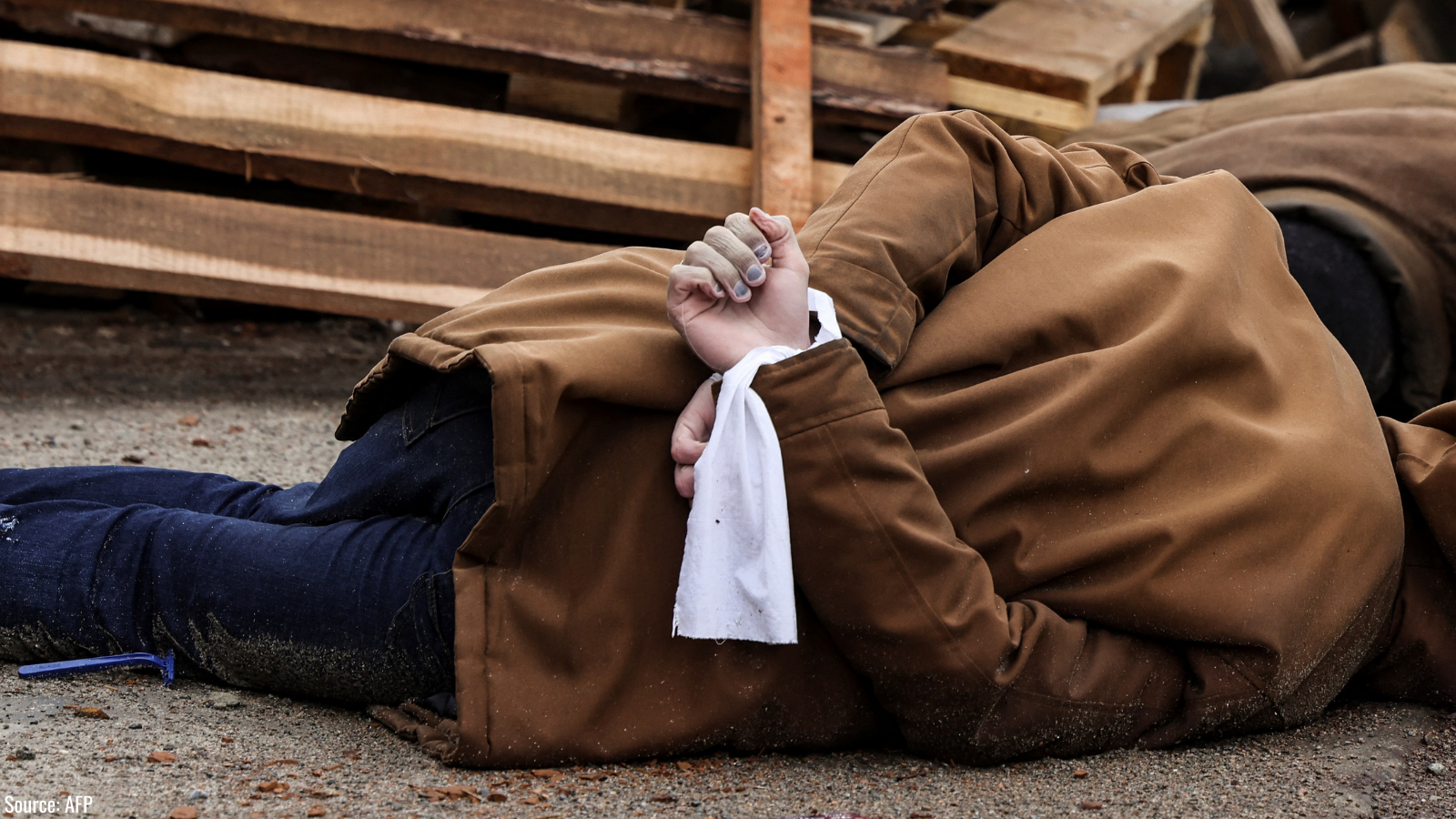 The “Tribunal for Putin” initiative, which brings together more than 20 Ukrainian civil society organisations including the CCL, aims at paving the way for future prosecution of war crimes perpetrated by Russian forces in Ukraine. Are you optimistic that those who are responsible for these crimes will one day stand trial?

This must take place, otherwise it would mean impunity for Russia’s political and military leadership. Moreover, we see responsibility for the crimes committed by Russia in Ukraine as justice not only for Ukraine and all the Ukrainians who suffered and continue to suffer, but also for all the victims of Russian war crimes committed previously in many other places: Georgia, Moldova, Chechnya, Libya, Syria, Mali and elsewhere over the past 30 years. So far, these crimes have gone unpunished. This chain of impunity has to be stopped in Ukraine, and those responsible need to be held accountable, otherwise other countries and people will follow.

In practice, only a handful of individuals could be prosecuted. What would be the symbolic dimension of such a tribunal, what role would it play in helping Ukrainians heal from this war?

It’s important to understand that under international law, the primary responsibility for investigating, prosecuting, and adjudicating these crimes falls on national authorities. But national courts cannot take cases against President Putin, for instance.

The existence of institutions such as the ICC is important, and Ukraine has recognized the jurisdiction of the ICC and has established all the tools needed for the court to successfully conduct its investigation. However, the ICC has no jurisdiction over the crime of aggression committed by Russia against Ukraine. In fact, there currently seems to be no international institution that can hold the Russian political and military leadership accountable for the crime of aggression against Ukraine, and here is where we support the initiative put forward by the Ukrainian government to establish an international tribunal focusing specifically on the crime of aggression.

Apart from that, the ICC operates in such a way that it takes only a limited number of episodes and then tries to build a case based on them. There lies also what CCL calls an «accountability gap» – with such a huge number of crimes committed, there is barely any national legal system in the world that would be able to handle them on its own, while all victims of the Russian crimes in Ukraine deserve to receive justice. So the question we are asking is: how do we make sure justice is served to all victims of Russian war crimes?

Crimes are also taking place in Russia, where thousands of Ukrainian civilians, including women and children, are held in so-called “filtration” camps after having been forcibly displaced from their country. Are you able to document such crimes?

I will just say that we try to use every source of information available. Indeed, serious crimes against Ukrainians are taking place on the territory of Russia. Up to two million Ukrainians are estimated to have been forcibly displaced to Russia. All of them go through so-called filtration; I was invited to brief the UN Security Council about that in September. This so-called filtration is an absolutely inhumane procedure during which people are asked to remove their clothes, are interrogated, are asked whether they are Nazis, whether they support the Russian government, what they think of nationalistic battalions in Ukraine, whether they participated in the Revolution of Dignity in Ukraine, etc. Russian officials go through their phones, their private messages, social media accounts, and even bank payments. The testimonies we collect show that people are often physically and psychologically tortured during this process.

Some of these civilians end up in so-called filtration camps, where tortures continue. Between 20,000 and 100,000 Ukrainians are currently estimated to be held in filtration camps. Recent satellite images published by credible sources revealed mass graves next to filtration camps, which means that people there might be executed or tortured to death. All these people are civilian hostages, which constitutes a grave violation of international humanitarian law, in particular of the Geneva Convention IV, according to which Russia cannot keep civilians as hostages at all.

Based on all the information that we have collected since 2014, we can say that there is a clear pattern in the crimes committed by Russia on territories it has occupied over the past eight years. Russia has just scaled up this criminal pattern to other territories with the 2022 full-scale invasion of Ukraine. This is why it’s extremely important to liberate these territories as soon as possible, put an end to these atrocities, and finally hold those responsible to account.

Editorial note: On 7 October, the 2022 Nobel Peace Prize was awarded jointly to the Center for Civil Liberties , the Russian human rights group Memorial, and jailed Belarusian activist Ales Bialiatski to highlight “the significance of civil society for peace and democracy.”