Read this article in Русский
News and analysis
May 18, 2020 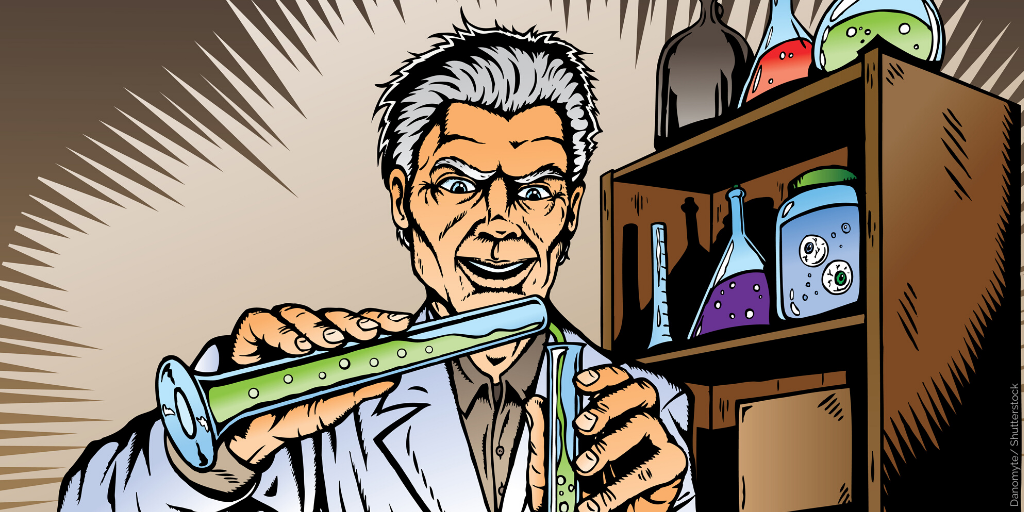 As COVID-19 spread across the EU’s Eastern Neighbourhood, conspiracy theories, misleading information and disinformation followed in its wake. For pro-Kremlin media, the pandemic offers new opportunities to build on existing disinformation narratives and spin new ones.

For years, pro-Kremlin disinformation sources have been exploiting the false trope of secret Western-sponsored military laboratories “in Russia’s neighbourhood”. Of these, the most significant is the case of the Lugar lab in Tbilisi, Georgia, which pro-Kremlin media have long sought to portray as a facility for US bioweapon development and other invented evils. When the coronavirus outbreak started, the Lugar lab served as a convenient disinformation template. Indeed, the very first example of pro-Kremlin disinformation about the coronavirus recorded in the EUvsDisinfo dabatase, on 22 January 2020, deploys that same familiar narrative, telling Belarusian audiences that the new Chinese virus was likely elaborated in NATO biolabs. Armenians also heard that Pentagon-funded labs were involved in the creation of COVID-19.

Soon thereafter, multiple disinformation messages expanded on this narrative: REN TV, one of Russia’s largest TV stations, claimed that the coronavirus served US interests as American laboratories were operating not only around Russia, but also in Asian countries. RT Arabic added that the US has 25 dangerous laboratories surrounding Russia, China, and Iran. Within the span of a few short months, pro-Kremlin outlets saw secret laboratories pop up around the world: in the Baltic States and Indonesia, and of course in the EU’s Eastern neighbourhood.

Multiple pro-Kremlin outlets claimed that the US was afraid of the leakage of infectious substances on its own territory, so it built clandestine military biological labs in “colonised countries”, i.e. Ukraine, Georgia, and also Moldova. The insinuation behind these messages is that epidemics start “next to those facilities”, not excluding the possibility that COVID-19 could have been manufactured in one of the labs in Ukraine. Such conspiracy theories got an additional boost after RT’s Russian edition quoted concerns by Chinese officials about allegedly secret activities by US biological laboratories in the former Soviet Republics.

The narrative of “secret labs” has proved to be a good vessel for distraction and disinformation. Encouraged by the apparent success of the pro-Kremlin media, other actors have begun using it as well, reinforcing each other and tying several disinformation strands in a neat conspiracy theory: the secret labs explain the outbreak of the coronavirus; the outbreak of the coronavirus proves the existence of secret labs.

One of the main goals of pro-Kremlin disinformation in the region is to drive a wedge between the EU and its Eastern Neighbourhood partners. In the context of COVID-19, such disinformation efforts take on a new appearance, where the EU is systematically portrayed as unable to respond to the outbreak itself, let alone help its neighbours.

Hence Sputniks in Armenia and Azerbaijan proclaim that European solidarity does not exist and that COVID-19 proved to be an insurmountable test for the EU. Multiple outlets in Georgia claim that the EU has abandoned Italy – all this in contrast to Russia and China, which are always ready to extend a helping hand.

The EU’s efforts to curb the pandemic and help the most affected came under scrutiny from the international media and Europeans themselves. But democracies accept criticism and often it serves as a strong call to improve.  The EU has launched extensive efforts to cope with the effects of the pandemic in Europe and beyond. It has quickly reacted to the needs of its international partners, including the provision of material support for the EU’s Eastern Partners.

However, that remarkable feature of democratic systems to adapt and improve remains unfathomable to disinformation outlets. Instead, they focus on spelling the end of globalisation, the crumbling unity of the West, and emergence of a new world order ruled by Moscow, Washington and Beijing, with no place for Europe in it.

From global to local – disinformation finds its audience

All around the world, the COVID-19 pandemic has produced fertile ground for health-related disinformation and the proliferation of 5G, anti-vax, and other conspiracy theories. Many of these found their way into the information sphere of the Eastern Partnership countries as well.

For example, one conspiracy theory making the rounds in the French-language mediascape, claiming the coronavirus isman-made with some HIV particles added to it, was amplified by Sputnik in Azerbaijan. Conspiracy theories targeting Bill Gates were translated into Georgian and other languages.

Nevertheless, it is evident that disinformation messages are not simply copy-pasted across different regions; they are adapted to local contexts. In Belarus, the World Health Organisation is accused of sowing panic; in Armenia, of developing vaccines with the purpose of reducing the global population. Similarly, numerous disinformation messages portraying George Soros as a threat to Armenia can be stretched a little further, to implicate him in the creation of COVID-19 as well. Ukraine, in the eyes of pro-Kremlin disinformation, is always on the brink of disintegration, and can thus be easily portrayed as collapsing under the burden of COVID-19.

Even disinformation about “miracle cures” has been tailored to local contexts. Georgian fact-checkers noted an “alternative news” website that claimed, without any basis, that Georgian blood is unique as it contains particles that can fight COVID-19 and that this “cure” was being used in German hospitals. And for those who might doubt the healing properties of Georgian blood, the disinformation outlets offered an alternative – a homeopathic remedy containing crocodile blood.

A recent study by the global online activist network Avaaz observed that despite novel efforts by social media companies, online disinformation continues to proliferate, especially in smaller media markets. This is also the case in the Eastern Partnership countries.

Recently, Facebook took down the accounts of several pro-Kremlin outlets operating from illegally-annexed Crimea and spreading disinformation across the region as well to international audiences. News Front and South Front, aided by individuals In Russia and Donbas, shared conspiracy theories not only about COVID-19, but also about Ukraine, NATO, and other issues. A network of inauthentic Facebook accounts, which impersonated Georgian health authorities amidst the COVID-19 pandemic, among other things, was also shut down. Such examples are encouraging. Nevertheless, it is clear that to meaningfully curb the spread of disinformation, much more needs to be done.

“Ukraine will Turn into a Banana Republic”: Ukrainian Elections on Russian TV