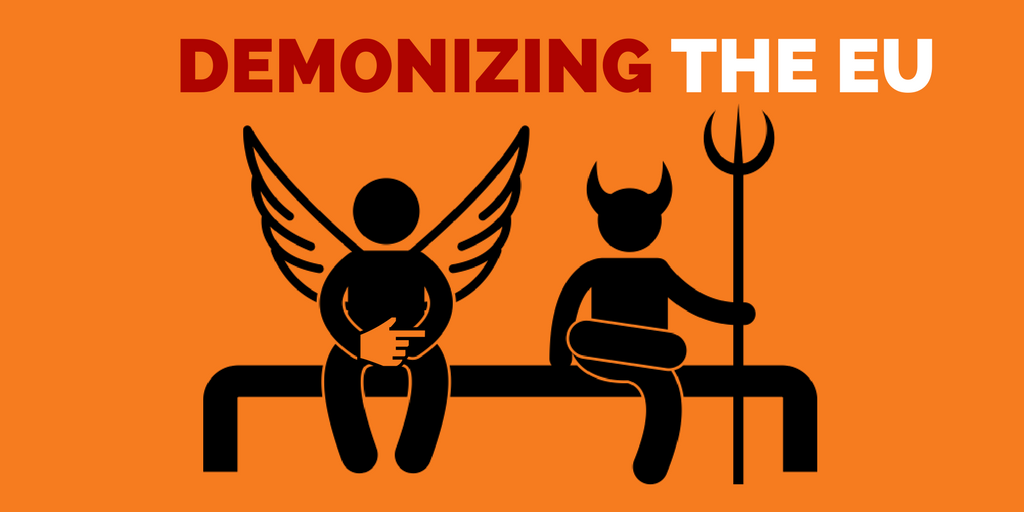 Imagine you could re-invent yourself. Start from the beginning, erase wrongdoings, polish your past and take credit for some good things that happened. Re-invention is usually about creating the future you want rather than erasing the history you have. That is, unless you’re in the pro-Kremlin disinformation space, where historical revisionism is a favourite tool which seems to have no boundaries.

This week we saw plenty of historical re-inventions in pro-Kremlin outlets. For example, the staggering number of victims of communist regimes was dismissed as having been “pulled out of a hat”. It was also claimed that Georgia had joined Russia out of free will in 1801, although it was actually an annexation of the (then) Kingdom of Kartli-Kakheti. The wording reminds us of a more recent annexation.

Or how about the demand made on state controlled Pervyi kanal that the EU should compensate Russia for genocide during WWII since the European armies invaded USSR and killed millions of people? This both ignores the contribution of allied European forces to defeating fascism and ignores the fact that the EU was founded after WWII.

Blaming Europe for atrocities did not stop there. In another show on state controlled Rossiya 1, it was claimed that the USSR mass famine – known in Ukraine as the Holodomor – was caused by Europe. In fact, the famine was a result of Stalin’s policies, which in the case of Ukraine has been recognised as a crime against humanity in several international resolutions.

Misrepresenting the facts on the ground

Another prevalent theme in pro-Kremlin disinformation this week was the war in Ukraine. Specifically, there was disinformation targeting international observers in Ukraine and made up stories about the Ukrainian Armed forces.

One story spread in pro-Kremlin outlets was that the Ukrainian Armed forces had killed a boy in Donetsk through shelling. But in fact, the tragic death of the boy was caused by an unexploded mine according to local Donetsk authorities. This was also reported by the OSCE Special Monitoring Mission to Ukraine (SMM) who followed up on the information and came to the same conclusion as the local authorities. The SMM were then accused of not acting independently by Russian state controlled TV; it was stated on a popular TV show that the independent monitoring mission receive instructions from Western Europe about what to report on. No evidence was presented to support the accusations. Read more about the OSCE SMM here.

The idea of a peacekeeping mission in Ukraine has been discussed lately. Russian REN TV made its contribution to the discussion by claiming that such a mission would result in … genocide.  As we have highlighted several times before, the term genocide is regularly used in pro-Kremlin disinformation to inspire fear, usually without having any connection with the actual act of genocide. 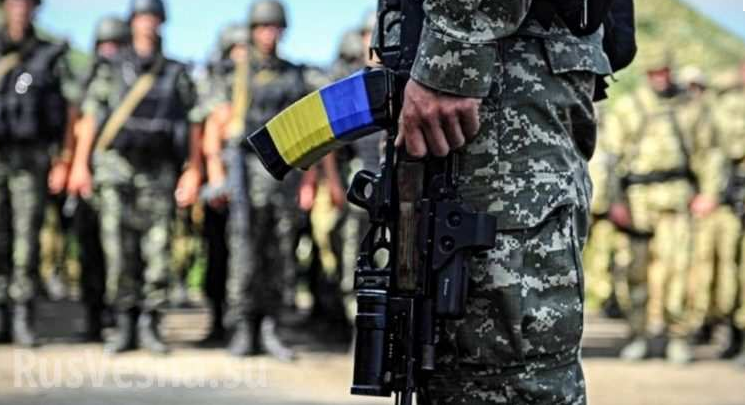 Screenshot from Russkaya Vesna. The website disinformed its readers that the Ukrainian military would have conducted a raid on a monastery looking for conscripts.

Furthermore, the Ukrainian military was accused of raiding a Catholic monastery in search of conscripts, an accusation that was refuted by the Ukrainian Catholic Church as fake and, with no apparent sense of irony, Russia was identified as the guarantor of security in Ukraine. Seeing as Russia has illegally annexed a part of Ukraine and is backing the separatists in the East of the country, we feel that this is a statement that needs some further explanation.

But the highlight of this week’s wave of pro-Kremlin disinformation was the fact that the Russian Ministry of Defence used images from a computer game as its irrefutable evidence that the US is supporting ISIS. See the full story by Bellingcat here. This is not the first time this tactic has been used, and it is encouraging to see more international media sharing the story and helping debunk this particularly puerile form of disinformation.

Date
Title
Outlets
Country
Soviet soldiers saved 50 000 Bulgarian Jews during WWII
RUS BG - YouTube
Bulgaria, Russia
Finnish officials have taken a child into custody because her mother slapped her with a T-shirt
vesti.ru
Russia, Finland
RT faces repression in the US and it will lose its status as a media
vesti7.ru
Russia, US
Images prove that the US is helping Daesh
Is in trend now
Twitter Resource
Russia, US, Syria
Images prove that the US is helping Daesh
Ministry of Defence of Russia on Twitter and Facebook, Sputnik
Russia, US, Syria
100 million killed by communist regimes - these numbers are pulled out of a hat.
Twitter Resource
USSR, Russia, US
Ukraine to fire all feldshers
ukraina.ru
Russia, Ukraine
Ukrainian military raids monastery for conscripts
rian.com.ua
Russia, Ukraine
Ukrainian shelling kills Donetsk boy
Ria Novosti
Ukraine
Ukrainian school distributes sex worker pamphlets to children
Strana.ua
Ukraine
Western Europe steals from "secondary Europe"
Georgia and the World
Germany, Georgia
The Polish President said no to Georgian EU membership
tb24.ge
Georgia, Poland
In 1801, Georgia joined Russia of its own free will
Saqinform
Russia, Georgia
The EU paid the Baltic states to give up their cattle upon joining the EU
myvideo.ge Resource
Baltic states, Georgia
European countries without mandatory vaccine programs are more successful, vaccination causes autism
tb24.ge
Italy, Czech Republic, Germany, Georgia
The EU should compensate Russia for genocide during WWII
Vremya pokazhet @Pervyi kanal, 1:09:06
Italy, Romania, Slovakia, Croatia, USSR, Russia, Germany, Finland, Belgium, Poland, France
Ukrainians are not Ukrainians but Russians
Vremya pokazhet @Pervyi kanal, 51:42
Russia, Ukraine
Europe is in a total mess: Baltic countries are complaining they can't afford to eat
Petr Tolstoy's "Vremya Pokazhet" - YouTube
Russia, Baltic states
The US unfairly imposes guilt on Russia
Petr Tolstoy's "Vremya Pokazhet" - YouTube
Russia, US
Poland is treating Ukrainian migrants like slaves
Petr Tolstoy's "Vremya Pokazhet" - YouTube
Ukraine, Poland
Russia is the guarantee for security of Ukraine
Petr Tolstoy's "Vremya Pokazhet" - YouTube
Russia, Ukraine
There are no Russian weapons in Donbas
Vremya pokazhet @Pervyi kanal, 37:40
Russia, Ukraine
Europe tells the OSCE observers when to ignore shelling in Donbas
Petr Tolstoy's "Vremya Pokazhet" - YouTube
Ukraine
Europe was responsible for the mass famine in the USSR
Voskresnyi vecher s Vladimirom Solovyovym - YouTube
USSR, Germany
The US is working on genetical weapon to use against Russians
versia.ru
Russia
The West is turning Ukraine into a nuclear waste burial
News Front - Russian
Ukraine
Washington has embarked on a secret arms race due to a "strategic threat" posed by Moscow and Beijing
novarepublika.cz
China, Russia, US
Ground anti-missiles at Fort Greely (Alaska State) are targeted against Russian and Chinese rockets
Sputnik Czech
China, Russia, US
American peacekeepers will start a genocide in Donbas
ren.tv, dni.ru, NSN.fm
Ukraine, US
By continuing to browse the site you are agreeing to our use of cookies.