Should you trust opinion polls in Russia? 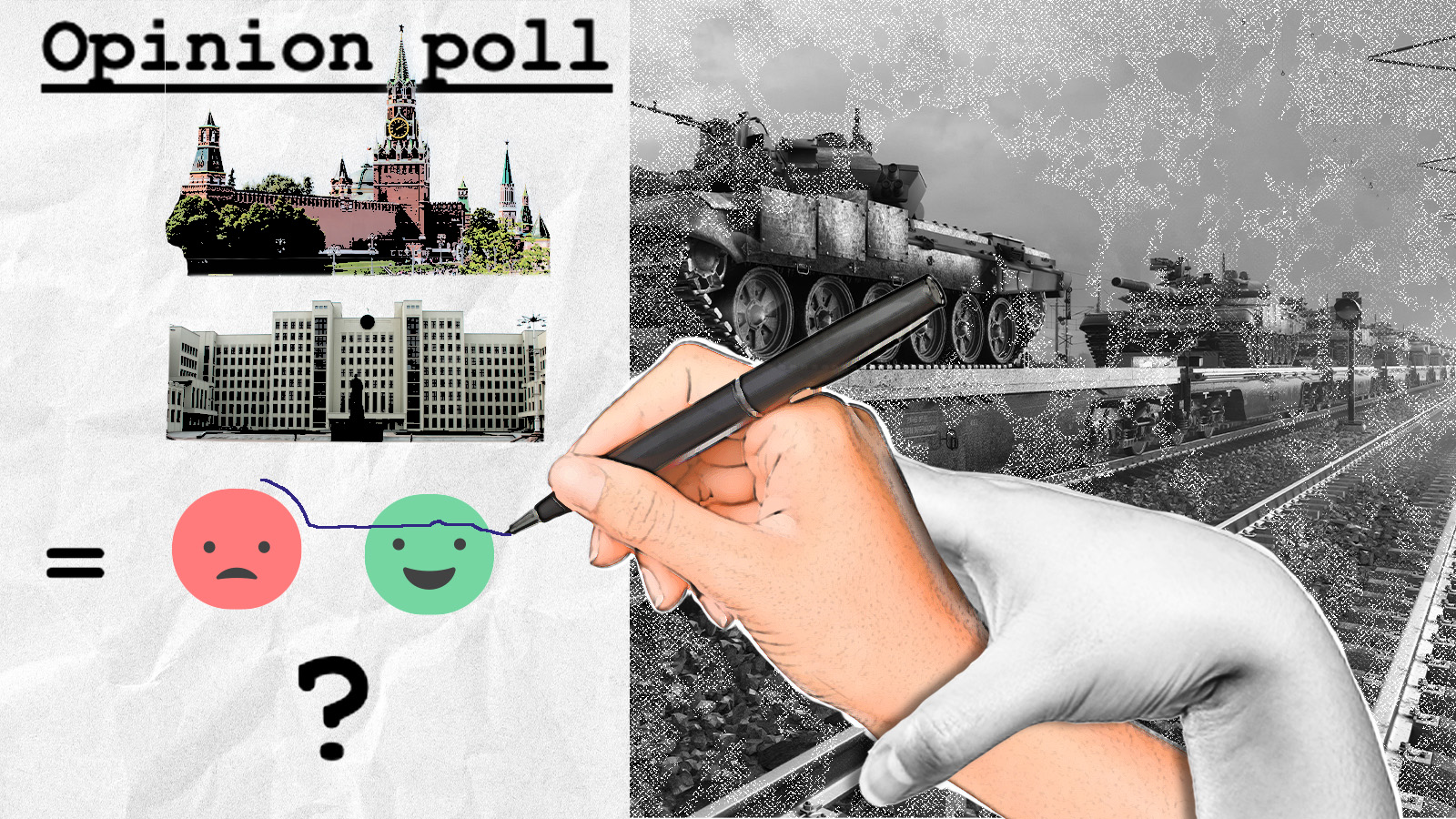 Today, several months into Russia’s war on Ukraine, a climate of fear is beginning to spread among ordinary Russians. As a result of the censorship laws and the repressive attitude by Russian authorities to force forward displays of loyalty no-one can fully trust the integrity of pollsters in Russia, Belarus or any other autocratic society.

The authorities use surveys as a weapon for their political ends, so public support for what the Kremlin is doing must be unwavering. Whenever corrupt leaders feel that the population might be critical of their policies, tampering with the results is the standard trick. In other words, polling results become manipulated because either the methodology seldom takes account of respondents simply giving dishonest answers out of fear or – more bluntly – the data results are falsified.

The “fear factor” comes from having created an atmosphere with intimidating opposition voters, outlawing opposition parties and jailing – even killing– key opposition figures. Just like election results are mostly falsified, due to ballot box stuffing, “carrousel voting” (casting several votes in different polling stations) or just cheating in the vote count if the ruling class senses that its grip on power is loosened.

Recent polls in Russia about the war of aggression in Ukraine (which the Kremlin call a “special military operation”) are very indicative of these trends.

The state-controlled pollster VTsIOM, which originates from the Research Department of the USSR Ministry of Social Affairs, published yet another survey recently on 5 March 2022 and according to VTsIOM, 84 per cent of respondents trusted the Russian army and 71 per cent of respondents supported the “special military operation”.

Another actor in this field, Russian Field, which styles itself as an independent agency, reported 58.8 per cent of support for Russia’s action in a poll conducted from 26 to 28 February 2022.

A poll carried out by Savanta ComRes, a British agency, on 23 February 2022 showed that 50% of respondents would support Russia’s use of force to prevent Ukraine from joining NATO.

It seems the further the polling agency is from the Kremlin, the less support for Putin’s policies it shows. Even 50 per cent support for Putin’s war is a significant figure, but the Russian state, which is increasingly operating like the Soviet Union in its heavy censorship and state control, wants to see an overwhelming majority.

Another VTsIOM poll of 5 April 2022 showed even greater support for the war with 74 per cent of respondents speaking in favour of it, which is a 3 percentage point increase from the previous poll. This information cannot be independently verified, like the results of other polls held by government-related polling agencies. It appears remarkable that war support would actually grow by early April. It was the time when Russian forces had been pushed back from Kyiv and reports of atrocities like in Bucha had begun to appear on 1 April and the pro-Kremlin media got busy denying it, – see more here.

A matter of words

Alongside tampering with the results of polls and surveys, the way in which question are formulated is also another pitfall which can aid manipulation. If the question is about a special military operation, it will likely receive much more support than if it is about an all-out war.

The independent Russian pollster, the Levada Centre, is researching this aspect of how formulations of what in essence is the same issue: – support or not to Putin’s and Russia’s war in Ukraine. Recalling the famous lyric “Do Russians want war want?” as soon as “war” of “military conflict” is used in questions then usually more than 2/3 does not want this or reject it. This follows the trends from 2008: what most people call the Russian war on Georgia /South Ossetia is called “peace enforcement” to receive more support.

To a certain extent, all polling depends on the way questions are asked, no matter the country or context. This difference is the conditions created and manipulation exercised in Russia and Belarus.

Belarus, which is Russia’s closest ally, went even further and banned all opinion polls except those conducted by authorised agencies in the run-up to the August 2020 presidential election.

An online poll by Radio Liberty in May 2020 showed that Aleksandr Lukashenko was backed only by 1 per cent of respondents. Other online polls showed no more than 6 per cent in his support. Seeing that Lukashenko was hopelessly trudging behind, the authorities in Minsk slapped a comprehensive ban on independent polling.

Germany’s Centre for East European and International Studies conducted a poll in December 2020 about the results of the Belarus presidential elections, which showed that 53 percent voted for opposition leader Sviatlana Tsikhanouskaya and 17 percent for Lukashenko. No surprise that Tsikhanouskaya was forced out of the country by the Belarus regime. She is now in neighbouring Lithuania. She was mostly supported by young Belarusians who live in large cities and/or work for the private sector. The difference between the online non-professional polls (no more than 6 per cent in favour for Lukashenko) and the German survey (with 17 per cent in his support) can be explained by the fact that young people are more active internet users than the elderly. As is expected, state-controlled surveys are more supportive of Lukashenko. 72 per cent of respondents expressed their support for Lukashenko’s policies in a poll by EcooM analytical centre in November 2021. There is no independent confirmation for these results.

Roughly speaking, as long as Putin and Lukashenko remain in power in Moscow and Minsk, the results of polls and elections alike should be viewed with a lot of scepticism. Figures can fluctuate a little, but popular support for the authorities will be predictably overwhelming.

A simple question can shatter popular trust in the results of state-controlled opinion polls. If these two autocrats really have such overwhelming popular support, why are election results constantly forged and ordinary protests brutally dispersed?

It is necessary to jump out of the vicious circle of propaganda, disinformation and manipulation to find a trustworthy answer. Now, it is hard to gauge precisely how much solid support there is.

Another hard measurement of support to war/conflict/special operations is the readiness to take up arms and participate concretely. It usually translates into combat spirit or morale among troops. The hesitation of Putin and the Russian government to massively increase the mobilisation or conscript in the face of man-power shortage in front line units appears partly connected with not wanting to test the actual level of popular support and partly with the difficulty to quickly translate this into effective combat power.

Mikhail Khodorkovsky, Russian exiled former oil tycoon, for 10 years “Putin’s No.1 prisoner” and later founder of the Open Russia movement is also sceptical. He believes that “polling conducted in a dictatorship, particularly one at war, means nothing. Only a small proportion dare to answer and of those, many will be too afraid to say what they really think. Still, it must be acknowledged that support for the war is widespread. People know that something is not right but are either afraid to resist or just don’t know how”.