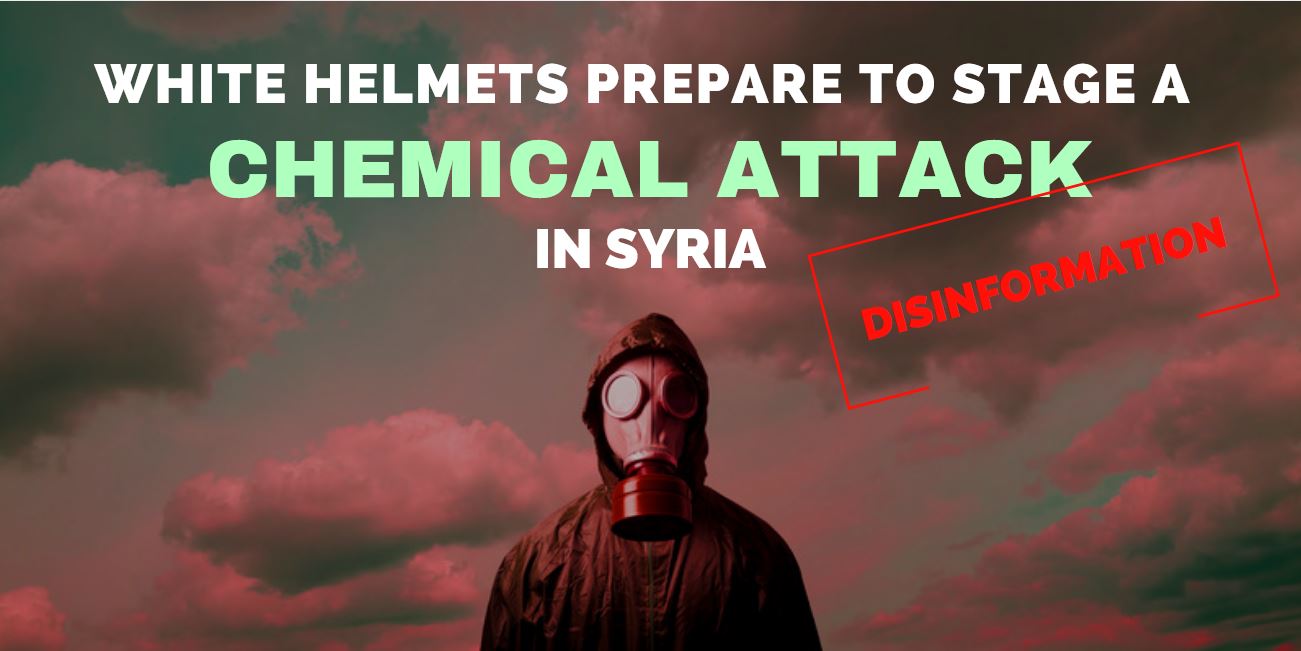 On 6 February, the UN Commission of Inquiry on Syria released a statement saying that it was investigating multiple reports that bombs allegedly containing weaponised chlorine had been used in the town of Saraqeb in Idlib and in Douma in eastern Ghouta.

The pro-Kremlin disinformation campaign prepared its usual answer: a week later, Russia Today and Sputnik claimed that the Syrian civilian rescue group White Helmets together with Al-Nusra Front terrorists were “preparing to stage a provocation involving chemical weapons’ use, in Syria’s Idlib province in order to blame Damascus.”

Disinformation was based on a call by a “local resident” and was comprehensively debunked by the DFRLab. It continues the pattern of years, in which the White Helmets have been discredited and framed as collaborating with terrorists by pro-Kremlin disinformation. The overall aim remains to sow distrust in the work of this volunteer organisation.

See a video for examples of disinformation this week.

The disinformation article on the White Helmets had only one anonymous source to back up its claim. In the past two weeks we witnessed several other examples of unsubstantiated sources.

Another type of fabrication of sources was used in reports on Fancy Bear hackers “revealing a Canadian conspiracy against Russian sports”. The documents available on the website of the hacker group do not provide evidence for the conspiracy theory – only the announcement by the hackers themselves claims so. Cybersecurity firm Crowdstrike has stated that both Fancy Bear and Cozy Bear are Russian intelligence affiliated adversaries that targeted the US election in 2016. 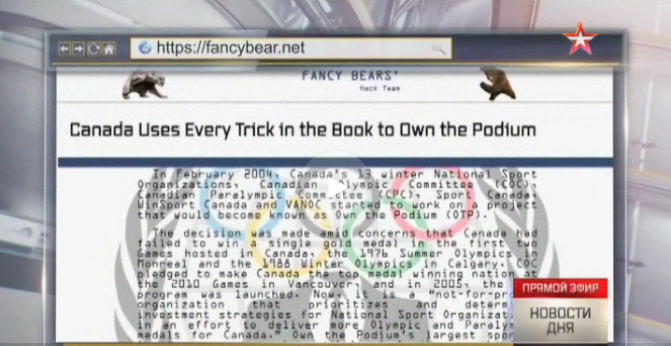 TV Channel Zvezda made a story about Canadian conspiracy against Russian athletes. Screenshot from the TV report.

…Or no source at all

Sometimes the disinformation campaign doesn’t identify the source at all, but  presents disinformation as facts. This method is repeatedly used when Russian-language media refer to the tragedy of the MH17 flight. Tsargrad informed us that “Dutch and Russian foreign ministers planned to discuss, among other things, the investigation into the Malaysian Boeing-777 that was shot down by a Ukrainian Buk 17 July 2014” and Regnum wrote “Normalisation of the relations between Russia and the Netherlands is possible only in one condition: if the Netherlands is ready to tell the world the truth about Malaysian plane that was shot down by the air force of Ukraine.”

The Dutch-led Joint Investigation Team has concluded that the plane was shot down from an area controlled by pro-Russian fighters, and the Buk missile system was brought there from Russia and later taken back to Russia.

Date
Title
Outlets
Country
Georgian snipers took orders from leaders of today's Ukraine
Georgia, Ukraine
European Commission and European Central Bank are controlled by Soros
Romania
Georgian snipers took orders from Maidan leaders
Georgia, Ukraine
Normalisation of the Dutch-Russia-relations is possible only if the Netherlands admit MH17 was shot down by air force of Ukraine
The Netherlands, Ukraine, Russia
The US intelligence community announced early presidential elections in Ukraine
US, Ukraine
The Swedish left wing wants statistics on ethnicity and religion
Sweden
White Helmets prepare new chemical attack in Syria
Syria
Dutch and Russian foreign ministers planned to discuss the investigation of MH17 that was shot down by a Ukrainian Buk
The Netherlands, Ukraine, Russia
White Helmets prepare new chemical attack in Syria
Syria
EU treats Romania as a colony
Romania
Quality of school education in Latvia has dropped to the level of Dominican Republic and Chile
Dominican Republic, Japan, Germany, Latvia
ISIS is present in the de-conflict zone around al-Tanf with US support
Syria, US, Russia
Romania and Hungary have territorial claims to Ukraine
Romania, Hungary, Ukraine
Large numbers of Ukrainians seeking asylum in Europe
Italy, Czech Republic, Ukraine
Hackers of Fancy Bears revealed a Canadian conspiracy against Russian sports
Canada, Russia
Ukraine is committed to European values like fascism in the 30s and 40s
Ukraine
Ukraine has lost half of its GDP because of Western sanctions against Russia
Ukraine, Russia
A flash mob in Europe entitled “Forgive me” involved rape victims of immigrants apologizing to their rapists
More than 25,000 Arabs live in the Czech Republic and more are coming
Czech Republic
By continuing to browse the site you are agreeing to our use of cookies.