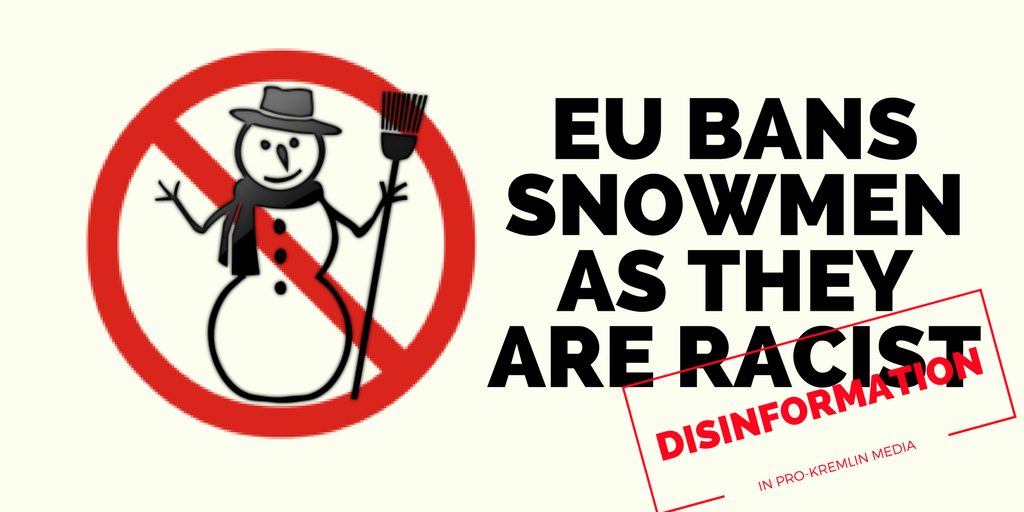 Disinformation continues to surprise us. The Bulgarian Times recently published an article claiming that the EU plans to prohibit snowmen. This is, so we read, motivated by the impression that building white snowmen would promote the sole superiority of the white race and hurt the feelings of non-white ethnicities. Allegedly, a draft law was tabled in the European Parliament which foresees that those who don’t at least build two snowmen, a white and a yellowish one, will be fined €5000. The story quotes MEP Marek Duda, “a conservative catholic”, saying: “This is the final dissolution of the European Union.”

We had a hard time finding that MEP in the records of the European Parliament. Needless to say that he is as fictitious as the proposal.