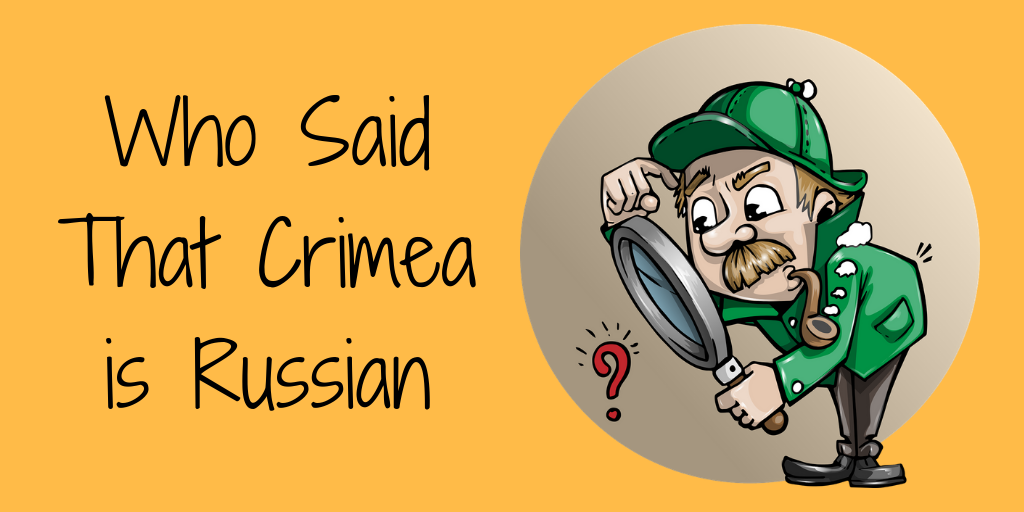 “Delegation from the US calls Crimea Referendum expression of the will of the people”.

So the headline ran in a news story published earlier this week by the Russian state-controlled news agency RIA Novosti.

Does this mean that the US is now moving towards recognising Crimea as a part of Russia? Probably not. What it means that someone from the US visited Crimea and said that the 2014 referendum in Crimea was legitimate. In this case, the person RIA Novosti claims to be quoting is an American lawyer and member of an NGO group visiting the peninsula. The visit was also highlighted in reporting by Sputnik.

Now is this disinformation? Not if we define disinformation narrowly as saying something untrue. It is not unlikely that this American visited Crimea and that she is correctly quoted (although we should still be sceptical: Russian state-controlled media do not shy away from using mistranslations to distort and sometimes even completely change words uttered in a foreign language).

The question is if the story is relevant for a large news agency whose materials are used and quoted by many respected international media. If not, then RIA Novosti makes itself guilty of information manipulation, a term e.g. used in a recent report from two French government think tanks.

The trick is similar to the many cases when Russian media use Western commentators with questionable background in the role of experts to say things that fit into the Russian state media narrative.

Disinfo Quiz: The Elections in Tula