Skip to main content
Read this article in Русский
News and analysis
July 20, 2020 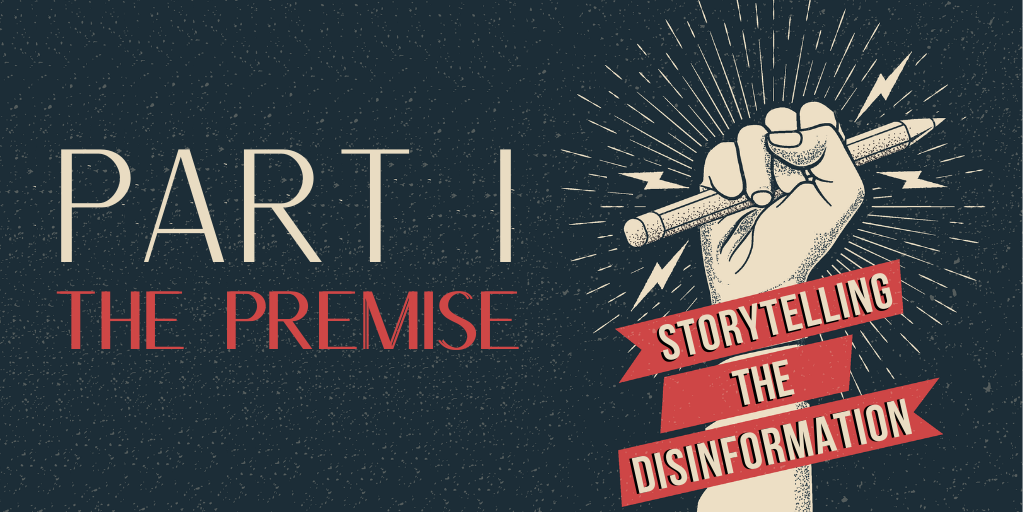 Once upon a Time, in a kingdom far, far away, a dragon was keeping the entire population hostage, poisoning it with its toxic breath. The people of the kingdom forgot everything that was important: values, decency, memories of the past. The dragon made people believe they were happy. A valiant prince did not succumb to the dragon; his people were immune against the dragon’s venomous exhalations. And while the dragon and his minions repeatedly attempted to defeat the prince, he managed to defend himself and lead the charge to liberate the people of the kingdom, far, far away.

Disinformation is a form of storytelling. The challenge for a liar is to make the lie attractive and plausible, to make it engage the intended audience. Most of the pro-Kremlin disinformation boils down to a small number of narratives, plots with a strong similarity to the fairy tale above.

Stories instead of Facts

The American researcher Walter Fisher[1] suggested that stories are more persuasive than facts.

The concept of storytelling starts with the notion that people generally believe stories rather than facts. We chose to smoke because we like the story of smoking, the way it looks etc, while we successfully ignore facts about the consequences of smoking. Male bosses wear ties not because it is practical or factually useful, but because it narrates a story about importance, power, etc. Kremlin disinformation tells a story to the audience about a society in peril, corrupt politicians and valiant Russia – an attractive story that resonates with a large part of the audience. Just like Cinderella or the legend of St. George.

Kremlin disinformation is founded entirely on storytelling. The EUvsDisinfo has collected, to date, just under 9,000 cases of false claims, all narrated in more or less the same way and suggesting destructive forces work for an imminent collapse of society as we know it.

Some researchers suggest there are very few ways of actually telling a story. The British author Christopher Booker identifies seven basic plots[2]. Obviously a story can include several parallel plot-lines, but in general – the basic outline of the plots is the same. The story about the Prince who saves the Maiden from the Dragon is virtually the same as the Kremlin version of the Victory over Nazism: the Good defeats the Evil and saves the Helpless. Russia (the valiant Prince) defeats Nazism (the evil Dragon) and saves Europe (the helpless victim).

The roles are the same if we look at how the coronavirus pandemic occasionally was narrated: Russia (the Prince) challenged the coronavirus and selfish neighbours (the evil Dragons) and saved Italy (the helpless victim). The basic structure of the story can easily be changed, certain elements can be emphasised, the story can be more or less complicated, but eventually the narrative remains the same. Any conflict, crisis or situation can easily be narrated along the same line. The narrative functions as a template, making production easy and the story attractive and engaging.

Once Upon a Time

The basic narrative of the pro-Kremlin disinformation starts in a simple premise, surprisingly similar to anything we read in the fairy-tales:

Destructive forces controlling the government, money flows and the media threaten the natural order and values of the World. The forces of destruction have subdued the people, Russia has been attacked at several times and brought almost to a point of obliteration. Wise and strong leaders have always managed to make Russia rise again and fight back. Now Russia is mankind’s last hope of order and decency, a bastion of Christian values and stability.

Of course, disinformation is not about fairy tales. The concept of story-telling is a way to describe how disinformation works, how it is narrated. The premise functions as a template for writers, pundits and, of course, politicians and spin doctors, to communicate lies in a way that attracts a selected audience. Different elements of the premise can be emphasised to target a domestic audience or an international one, for addressing an audience with leftist sympathies or right-wing supporters.

In coming weeks, we will look closer into the Kremlin’s fairy-tales. The roles are already defined: The Good Guy, The Forces of Evil, The Passive Victim. The battlegrounds is the Collapsing Society, with Threatened Values as the apple of discord.

Next week: The Threatened Kingdom 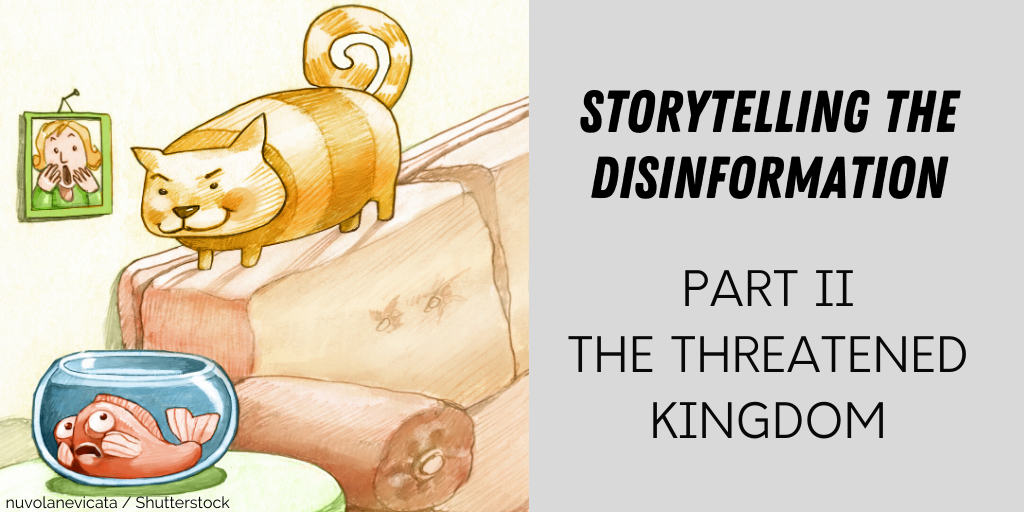