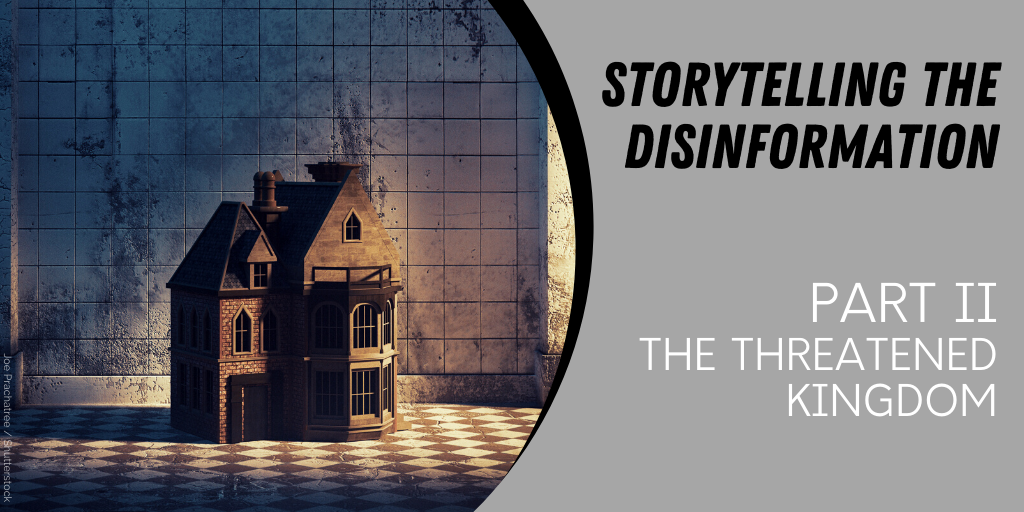 Disinformation is a form of storytelling. The challenge for a liar is to make the lie attractive and plausible, to make it engaging for the intended audience. We have observed how most of the pro-Kremlin disinformation boils down to a small number of narratives, plots with a strong similarity to the fairy tale above.

Last week, we observed the premise of the pro-Kremlin storytelling; this week, we look at the scene of the battle between the protagonists of the Kremlin fairy tale.

A crisis, when narrated by pro-Kremlin disinformation outlets, always has an element of apocalypse in it. The migration crisis, unemployment, the coronavirus pandemic, a NATO military exercise – all fit in to a narrative of an imminent collapse.

Any society regularly faces challenges. A recent example is the COVID-19 outbreak – a crisis neither the European Union, nor its member states, Russia, China, international bodies, nor anyone else was prepared for. The outbreak took the world by surprise, and it is obvious that most actors, national and international, could have acted better, more efficiently. Could the EU have handled the crisis differently? Is the criticism of the EU justified? Certainly.

In pro-Kremlin disinformation outlets, the COVID-19 outbreak has been described as the end of Schengen, the fall of the European Union, the crash of the Liberal ideology, of the Globalist project, of the concept of Democracy. Democracies are, according to Russia’s national broadcaster Channel One, unable to combat the pandemic.

The migration crisis 2015 – 2016 did also, without a doubt, constitute a serious challenge to the EU and its member states. Already finding shelter and protection for hundreds of thousands of refugees was complicated. The pro-Kremlin media described the situation as a total collapse; maybe even the beginning of a war.

A Kingdom, far, far away

Occasionally, the fairy-tale dramaturgy is very much visible, as in this article from Russia’s largest daily, the Komsomolskaya Pravda, describing the “the Kingdom, far, far away” has become a crime-infested wasteland.

Darya Aslamova, Komsomolskaya Pravda’s correspondent, has visited a Scandinavian country and seen the horror: a European country always known as a symbol of calm and progress, has subjected itself placidly into the paws of Islamic migrants, forcing their savage habits on it.

This premise does not, of course, have anything to do with anything in the real world, but it works very well to storytell the claim of a societal collapse in Europe, in this case – Sweden. Social issues, present in most countries, are presented as proof of a state that has ceased to function. The story is appealing. The Komsomolskaya Pravda – Russia’s largest daily and among the 20 largest in Europe – has its audience in Russia. The story about a Europe in decay and chaos is soothing for a reader in Russia: “At least we don’t have it that bad!”.

The COVID-19 outbreak is used in a similar fashion: it proves that the unviability of the democratic, open society. Several cases in the EUvsDisinfo Disinformation Database suggest an imminent, ongoing or completed collapse of EU and its institutions. There is no doubt that the pandemic has caused tragedy, suffering among European citizens, and the crisis exposed weaknesses in the EU crisis response system. However, the citizens and institutions have responded in transparency and solidarity in a matter of days.

Creating an image of a society in flames, crime out of control, and incompetent politicians is an efficient way of creating rapport to the audience. Disinformation outlets hand out consistent stories and offer easy answers – do not trust your elected authorities and institutions; instead – look for inspiration at powerful aged leaders, able to take care single-handedly of your security and prosperity The stories stoke fears – horrors are always somewhere else, but might very soon spread to our own neighbourhood. Unless of course you join the protest side. 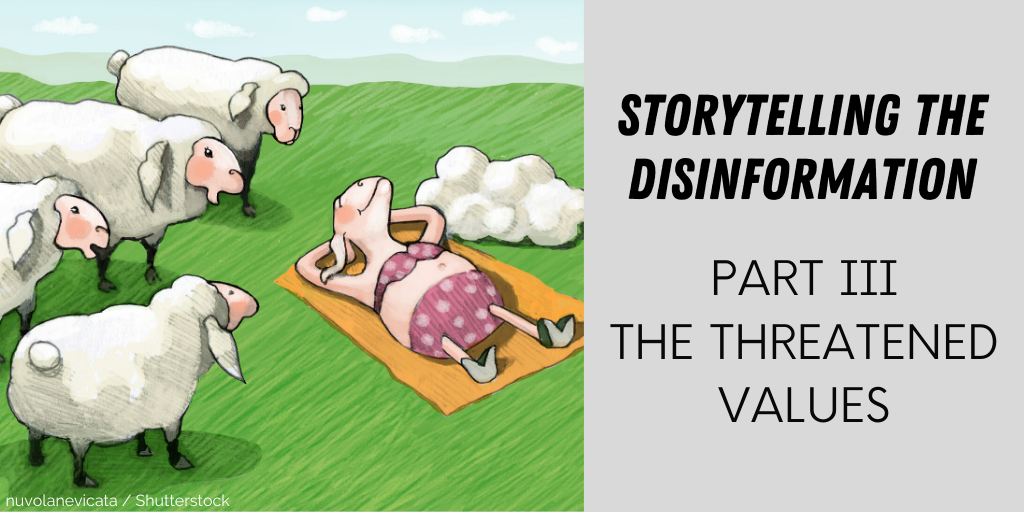