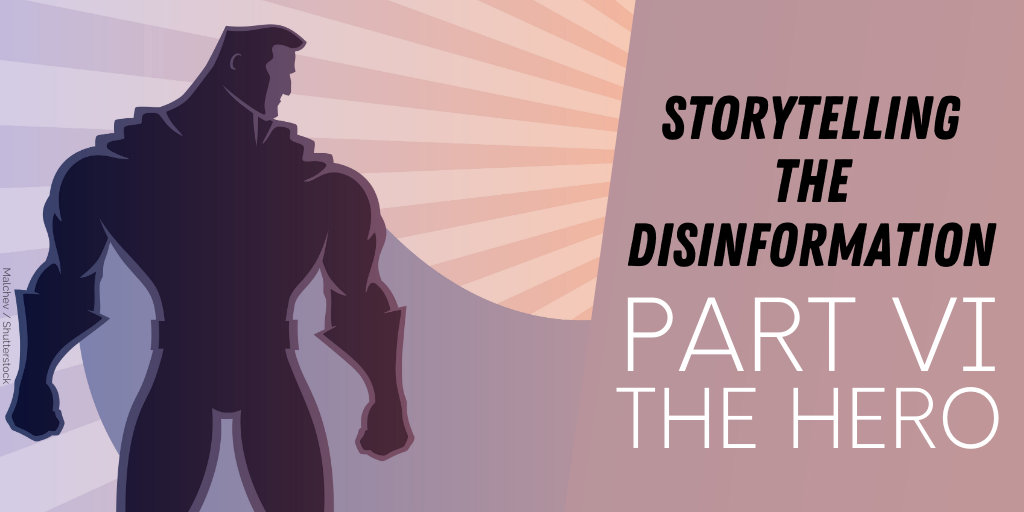 Once upon a Time, in a kingdom far, far away, a dragon was keeping the entire population hostage, poisoning it with its toxic breath. The people of the kingdom forgot everything that was important: values, decency, memories of the past. The dragon made people believe they were happy. One valiant prince did not succumb to the dragon; his people was immune against the dragon’s venomous exhalations. And while the dragon and his minions repeatedly attempted to defeat the prince, he managed to defend himself and lead the charge to liberate the people of the kingdom, far, far away.

Last week, we met the “damsel of distress” of the pro-Kremlin fairy tale; now it is time to meet the hero; the knight in shining armour: the Kremlin itself.

All good stories need a hero, and it goes without saying who the hero in the Kremlin fairy-tale is: yes, the Kremlin itself. While most European countries have stains on their pasts, Russia, as narrated by the Kremlin, never did wrong. The Kremlin’s pacts with Hitler were never pacts; Russia’s occupation of neighbouring countries were never occupations but in line with the international law of the past; Russia’s illegal annexation of Crimea and its aggression against Ukraine were expression of the will of local citizens or a response to US-sponsored colour revolutions.

Russia is, in this view, forced to repeatedly save the West from itself. The Kremlin’s top propagandist, Dmitri Kiselyov, explains Russia’s foreign policy altruism:

In Syria we are saving Europe for the fourth time. The first time was from the Mongols, the second time – from Napoleon, the third time – from Hitler, and now – from IS.

Russia’s role as a saviour is trumpeted on all political levels in Russia. President Putin conjures before his audience a gloomy picture of a world where Russia is battling against processes that threatens to plunge the world into chaos and darkness:

We know that more and more people of the world support our position on defending traditional values that have been the moral foundation of civilisation and nations: the values of the traditional family, the real human life; a life in religion, a life not only in materialism, but in spiritualism; the values of humanity and the differences of the world.

This is, of course, a conservative position. But, quoting Nikolay Berdyaev, the essence of conservatism is not to impede the progress forward and upward, but to impede the descent back and downwards into the chaotic darkness, into a return to a primitive existence.

During the coronavirus outbreak, Russia mobilised considerable resources to deliver assistance to countries that faced urgent shortages of medical supplies and staff. High-profiled missions to several European countries were organised and much-needed help was delivered. These missions were actively broadcast on all Kremlin-controlled channels, which went as far as to suggested that Russia was the only party offering help and assistance, which allegedly caused panic among russophobes.

The EUvsDisinfo Database of Disinformation contains several examples of this Russian exceptionalism: Russia managed to force NATO out of the Barents Sea (they didn’t); coronavirus did not spread in the former USSR (it did); the Russian language is changing the world (it’s not, really); Notre Dame belongs to Russia (no it doesn’t), as France has denounced Christianity (no it hasn’t).

Thus, our exposé of the Kremlin Storytelling is complete. The hero continues his valiant battle against dragons and evildoers everywhere. He will not rest until the villain is slain, the maiden is free and the sanctions regime is lifted.

Storytelling allows the disinformation operative to create a compelling story featuring a hero, a villain and a victim. The casting of the roles of villains and victims will depend on current affairs. The story can have a happy ending or a tragic outcome, but its core elements will essentially be the same.

For the Kremlin’s storytellers, the facts are irrelevant; the story is everything. 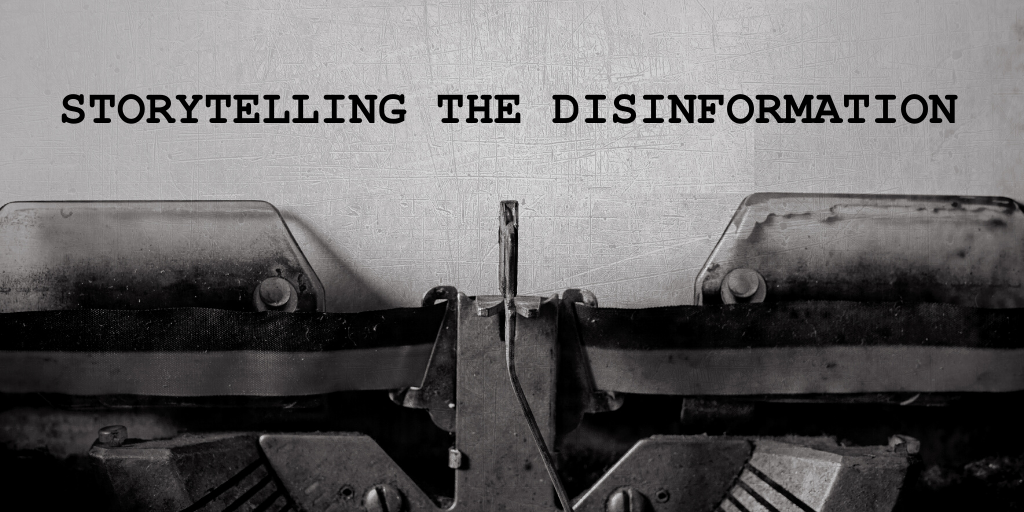