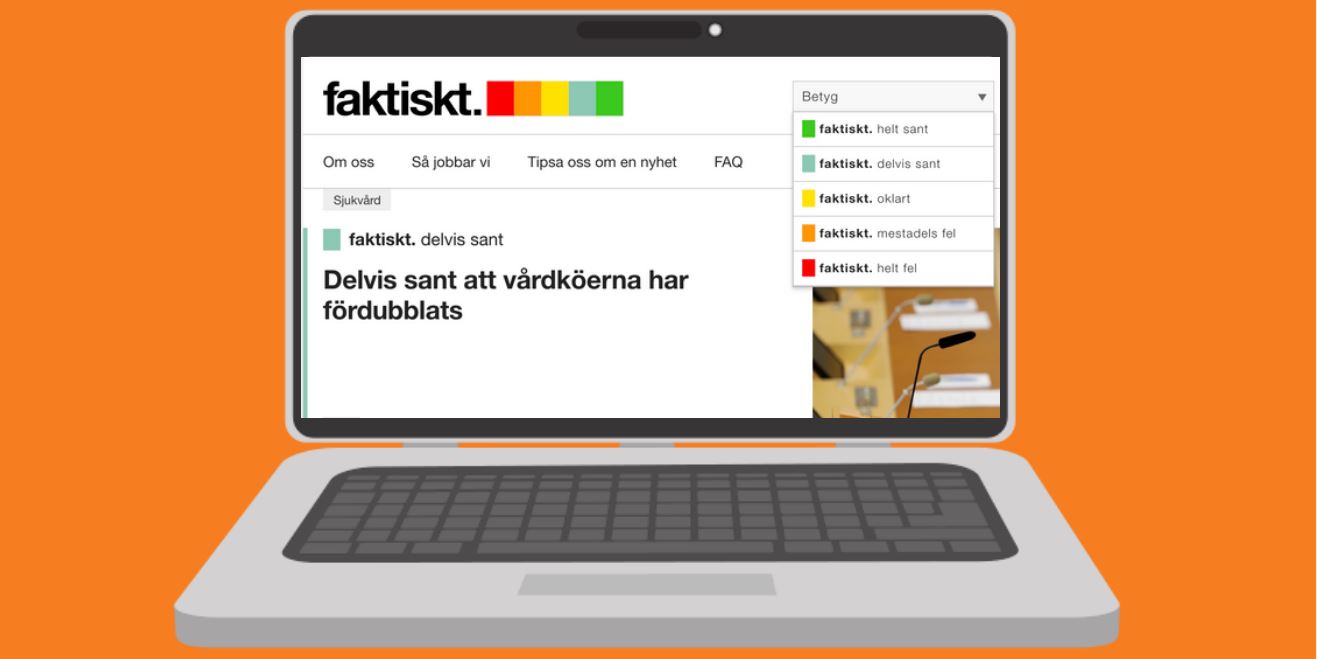 The negative impact of disinformation has become more and more obvious during the last couple of years. In light of e.g the investigation showing Russian influence in the US election in 2016 and the various attempts to influence elections using disinformation, we have seen several fact checking initiatives spring up.

Some of those have been set up specifically to counter disinformation spread in the run up to elections, for example WahlCheck in Germany and Crosscheck in France.

On Wednesday the 25 April, Sweden followed suit when five of the main media-houses in Sweden launched a website for fact check cooperation.

Sweden will hold elections in September and the country has been preparing for the risk of information influence for quite some time already.

It is no secret that the most serious influence operations directed against Sweden are conducted by Russia, as stated by the Head of the Swedish Military Intelligence and Security Service.

The new fact checking initiative however will not focus on any specific actor but aims to reveal the spread of constructed and invented news and other digital media content claiming to be true. The purpose of the cooperation is to contribute to an open, inclusive and fact-based public debate. In the Swedish version, the media houses will not control each others’ fact checking as was done in the Crosscheck initiative. Each participating media house /publisher decides and performs their own fact check which they publish on their respective platforms. All fact checked statements will be available on the website faktiskt.se, where also the readers can give tips.

The checked statements will be graded according to accuracy using color code, from green – completely true – to red – completely false, with three intermediate levels. Readers can also search the website for the most important topics in the upcoming elections. The work of the participants and the common website follows the rules for Swedish media as well as the guidelines set up by the International Fact-Checking Network.