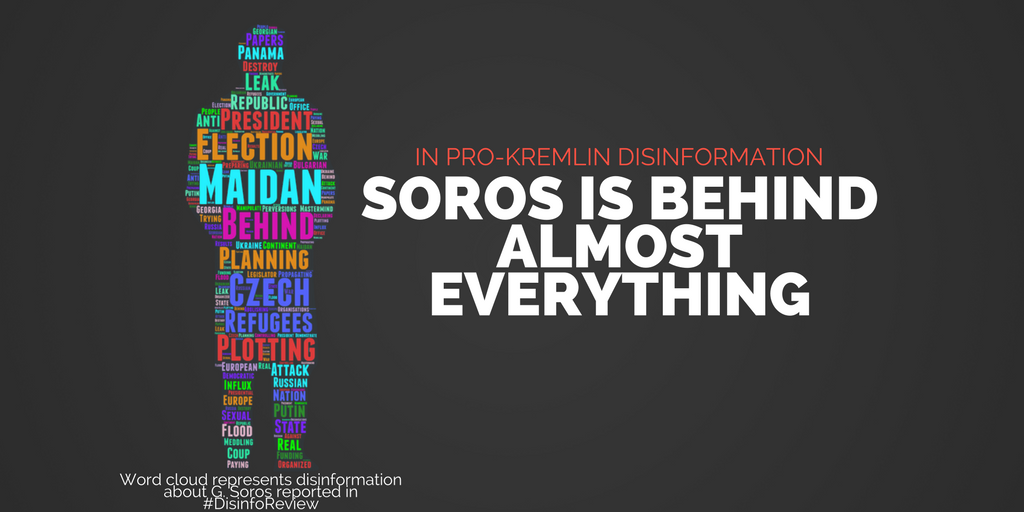 As we have previously reported, NGOs are often targeted in pro-Kremlin disinformation. But sometimes the individuals funding NGOs get targeted too. One person that stands out particularly is Mr George Soros, the founder of the Open Society Foundations that support democracy and human rights in around 100 countries.

Since the Disinformation Review was launched, we have reported about disinformation directed at Mr Soros on numerous occasions. He has, for example, been accused of

Mr Soros has also been accused of

Not bad for one man. Of course, none of these allegations come with any evidence to support them.