The Baltic Pipe Case: Disinformation at the Service of the Kremlin’s Energy Policy 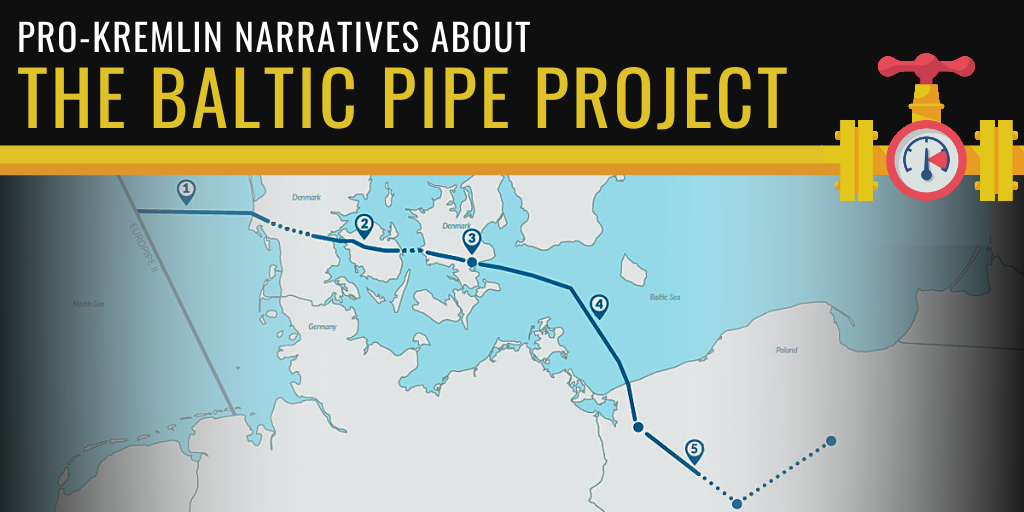 Four languages, one message from the pro-Kremlin disinformation outlets: becoming independent from Russian gas is just a bad idea.

A new gas supply corridor is under construction in the European energy market. The Baltic Pipe – a project carried out by the Danish company Energinet and the Polish company Gaz-System, with financial support from the EU’s Connecting Europe Facility – is meant to transport gas from Norway to the Danish and Polish markets; from Denmark to Poland; and possibly to end-users in the neighbouring countries.

The Baltic Pipe is scheduled for completion in 2022; but the pro-Kremlin disinformation has already started building alternative narrative against it, reaching for economic, geopolitical and even Russophobic ‘’arguments’’.

How to make it about the money

Pro-Kremlin outlets took an effort to portray the project as lacking economic foundations (examples here, here, and  here), casting it as a “senseless waste of money” and hostage to “political factors” which, in Warsaw’s alleged view, “trump financial and technical logic”.

The idea of diversification of energy sources and building on security of supply does not strike a chord with pro-Kremlin sources, either: especially its messages in Polish language transmit substantial criticism, for example by presenting the US, Norway and Qatar as less reliable and more expensive gas suppliers – in contrast to Russia.

In another version of this narrative, the Baltic Pipe is portrayed as bringing about unintended consequences for other countries’ energy security, including a Europe-wide “disruption in the gas balance” and raised costs for other European countries and citizens. The issue of energy supply diversification causes stir in the social media discussions in all languages checked, but it is the most prominent in German and Russian (see graphs below).

None of the publications devoted to the Baltic Pipe present the variety of elements behind the decision to build the pipeline, including political, security and economic ones. To countries dependent on the Russian gas, it is a logical step to invest in Baltic Pipe and reduce dependence on a single supplier, given the political constraints of contracts with Gazprom, pricing of gas as well as previously recorded uncertainties over the gas delivery. Moreover, diverse sources of energy ensure security of supply – a priority for every country in the world, regardless of their stance towards Russia. 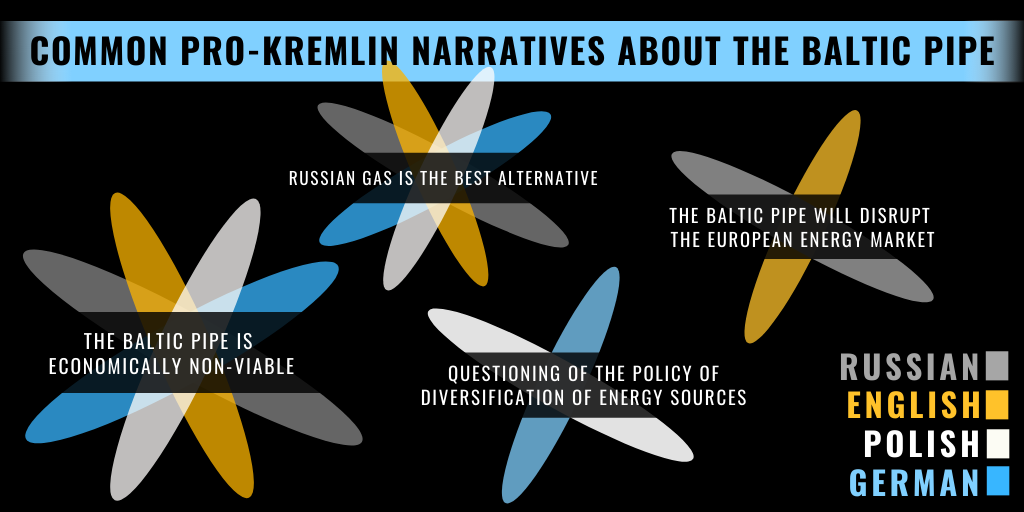 How to twist it to the Kremlin’s needs

Ignoring all the arguments mentioned above, pro-Kremlin outlets choose to paint an almost apocalyptic vision, where Europe is running out of gas. But there is a way out of this scenario (according to pro-Kremlin outlets) – rely on cheaper, better and more reliable supply from Russia. Overall, Europe will not be able to survive without Russian gas anyway – according to pro-Kremlin outlets. This message is advanced in all the four languages we looked at (Russian language examples here, here, and here; examples in Polish here; in English here, in German – here); but the most weight was thrown at the German audience, with about 20% of the whole pro-Kremlin media coverage in the German language devoted to this issue. At the same time, none of the articles pushing this narrative gained a lot of attention in the German language social media.

The irony behind is that if Europe would eventually suffer from gas shortage, it would be because of the state-controlled Gazprom, which has kept warning Europe of the resource scarcity should Europe not decide to quickly to boost its imports from Russia…

How to turn it into Russophobia and the dreams of glory

In the eyes of pro-Kremlin outlets, the energy diversification policy can also be seen as a evidence of Russophobia. A specific narrative in the Polish-language publications, absent in other languages, claims that there are significant economic and political disadvantages for Poland stemming from the involvement in the project. Pro-Kremlin outlets rather speak about Poland’s plans to create Intermarium – a belt of Eastern European countries from the Baltic to the Mediterranean, which would be a kind of Iron Curtain between Europe and Russia – than take this into account. We also came across a narrative about Poland agreeing to give control over its territory to Denmark by passing 80% of the disputed sea zone to the latter’s control. In reality, even though the numbers are correct in this case, the Polish-Danish agreement was not about giving away any territory, but about meeting all legal requirements of the UN Law of the Sea Convention to make the Baltic Pipe project happen.

Pro-Kremlin outlets did push the well-known narrative about Poland as the American puppet. The Baltic Pipe as such is portrayed here as yet another Polish attempt at promotion of American energy interests in Europe, depriving Poland of the ability to make independent decisions. This is one of the most common disinformation narratives targeting Poland, be it defence policy, Eastern policy or other actions taken by Poland on the international arena, which EUvsDisinfo team debunks regularly.

The German language sphere is the only one (out of four researched) where Denmark, as the Baltic Pipe project’s beneficiary, was targeted. Its role in the pipeline construction was portrayed [examples: 1, 2] as wanting to advance the project at all cost, including by blocking the construction of Nord Stream 2. This is in line with pro-Kremlin narratives about the lack of economic basis for the project and of Russophobia, but it did not gain popularity in the social media (see graphs below).

As the EUvsDisinfo team has showed many times, disinformation can travel a long way, across countries and languages. If something is not in line with the Kremlin’s policy, pro-Kremlin outlets portray it as either Russophobia, or an economic or geopolitical absurd. There is no place for nuances, facts or different views. If you’re not with us, you’re against us. 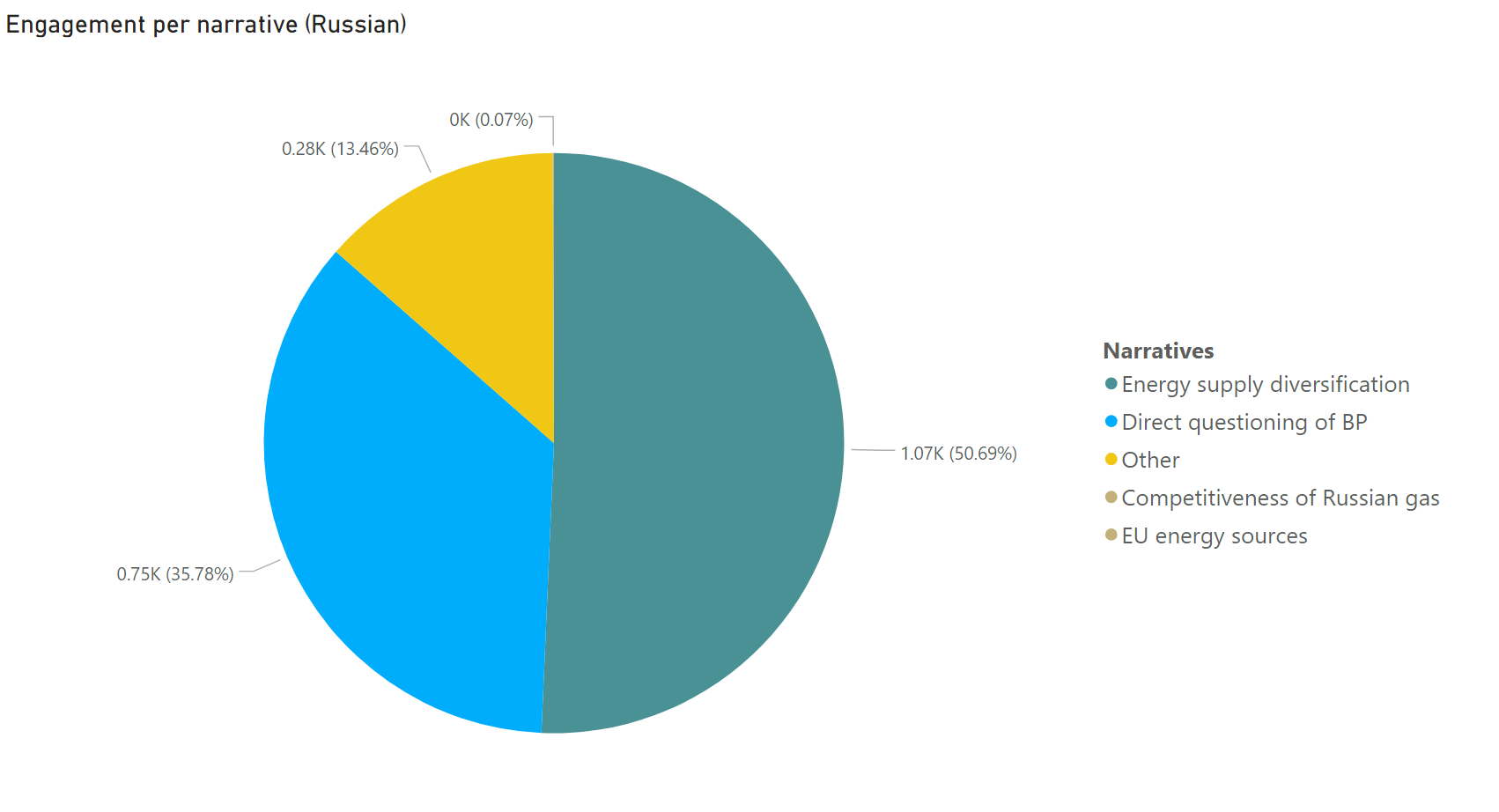 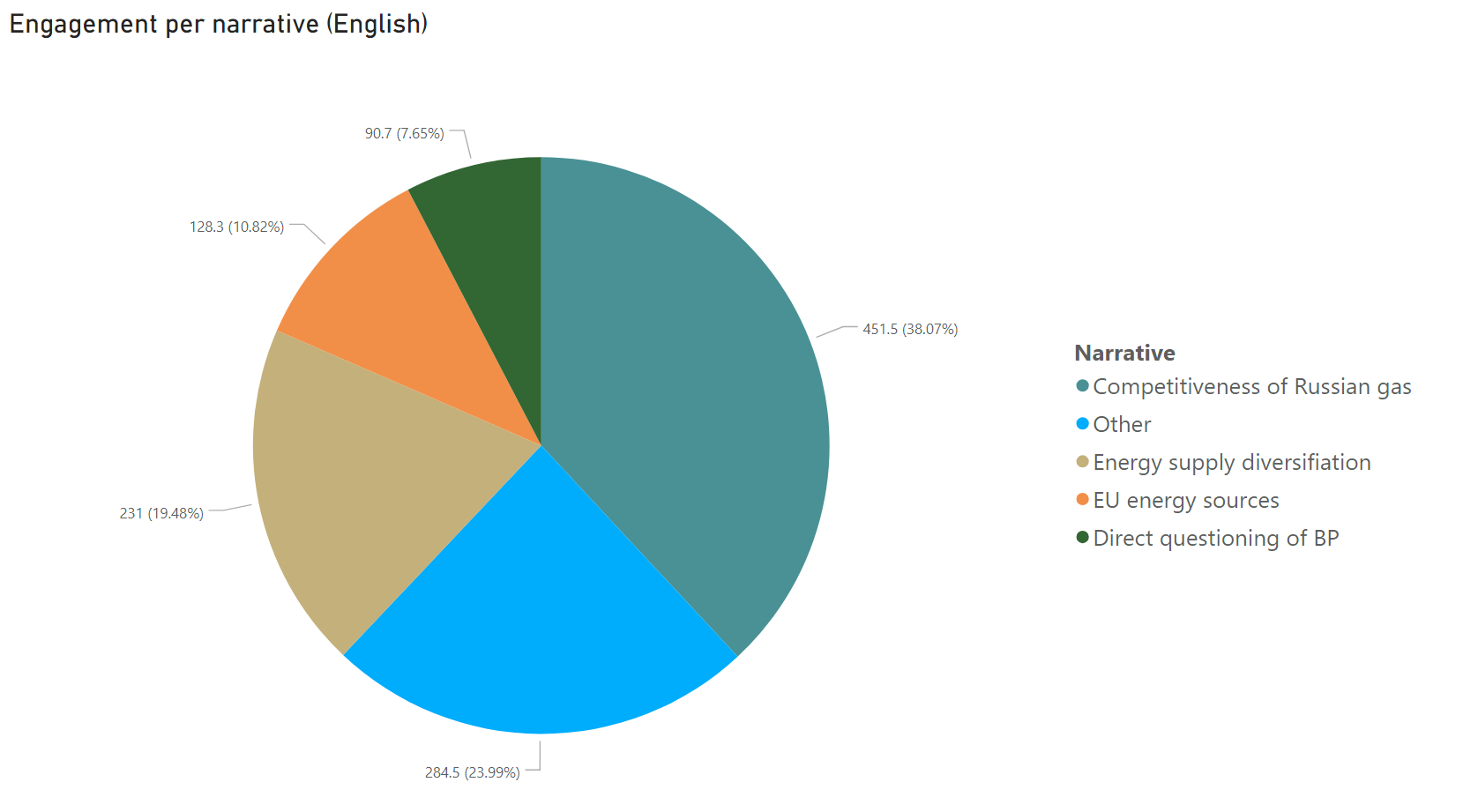 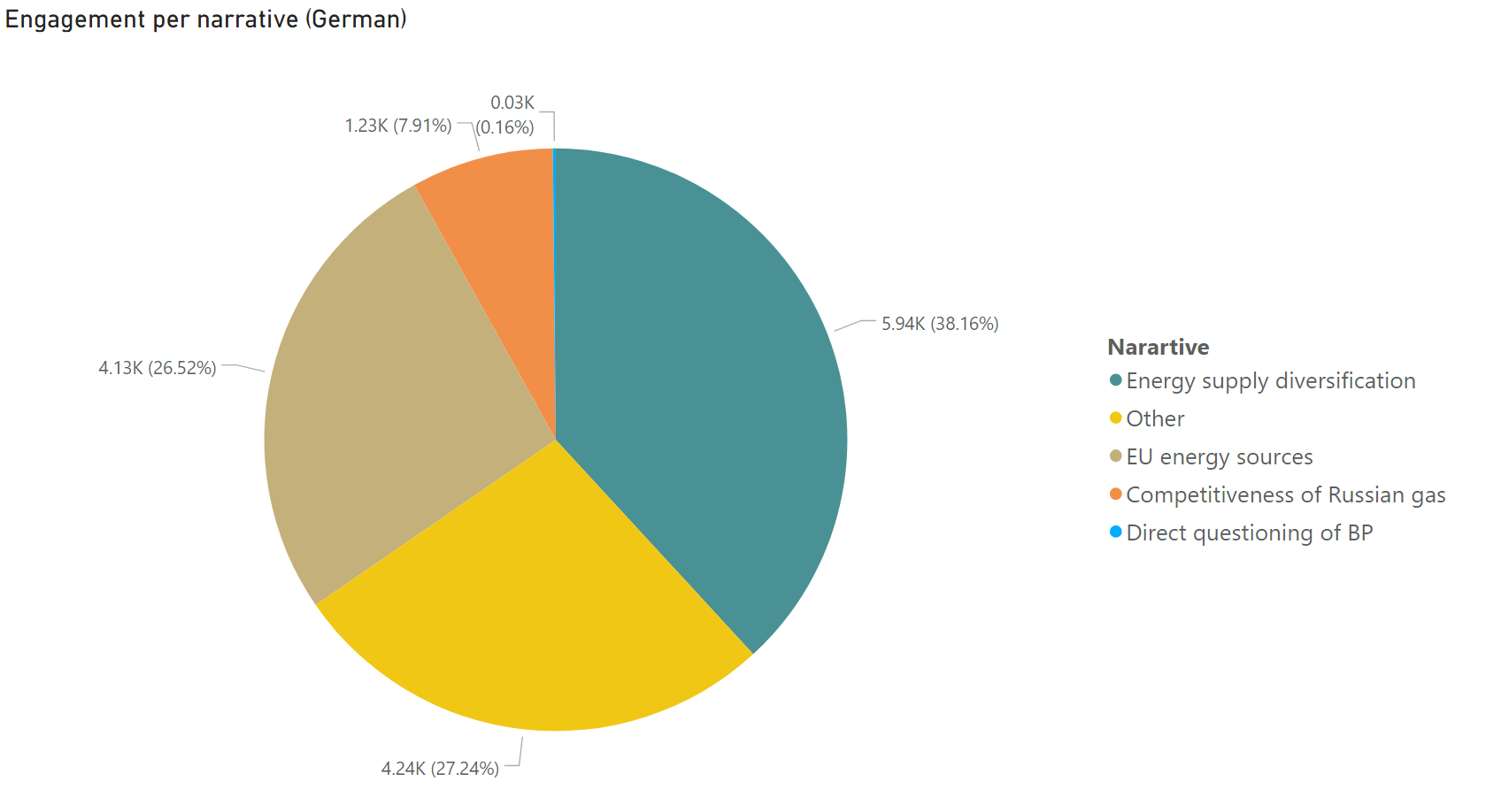 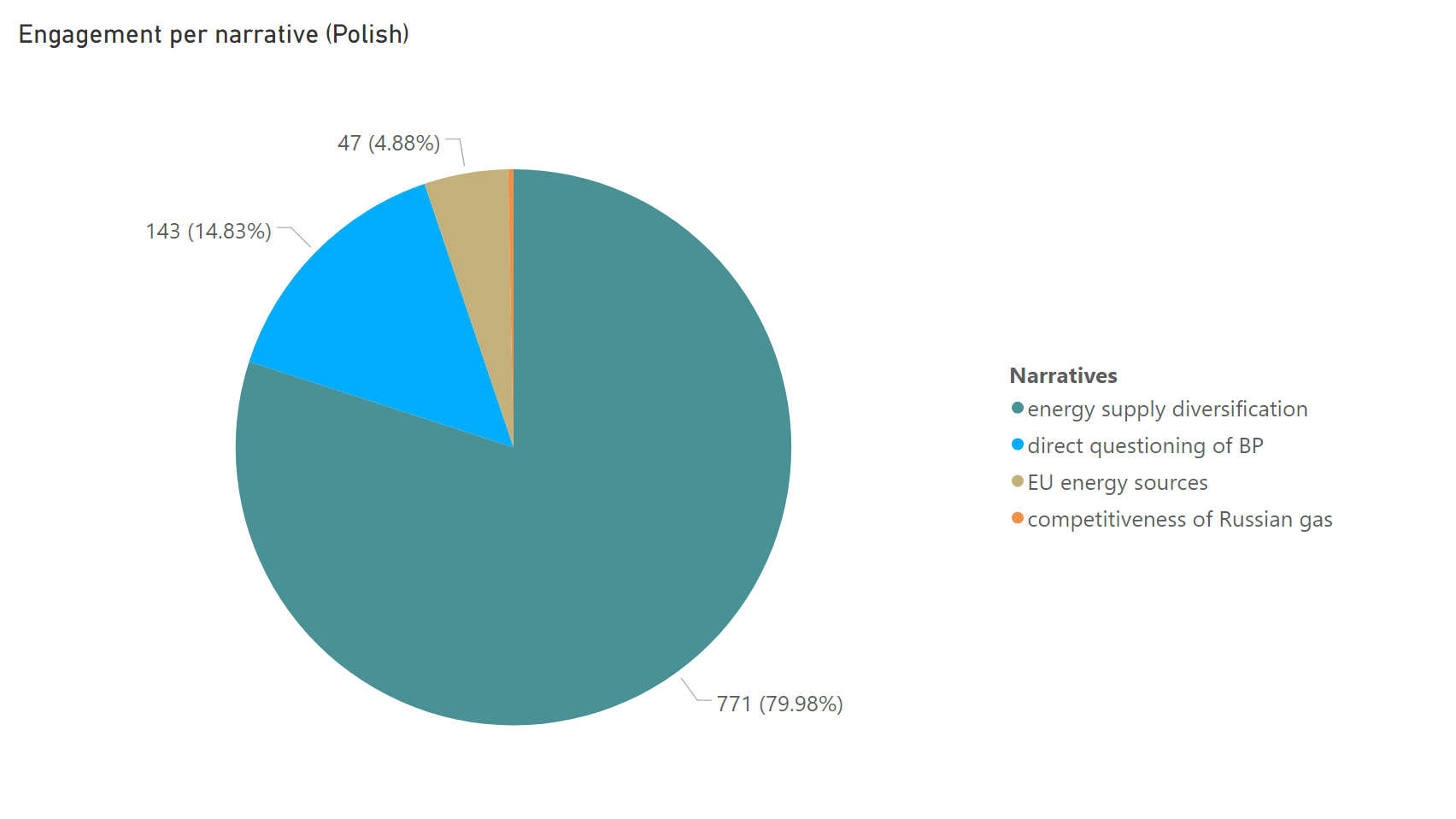