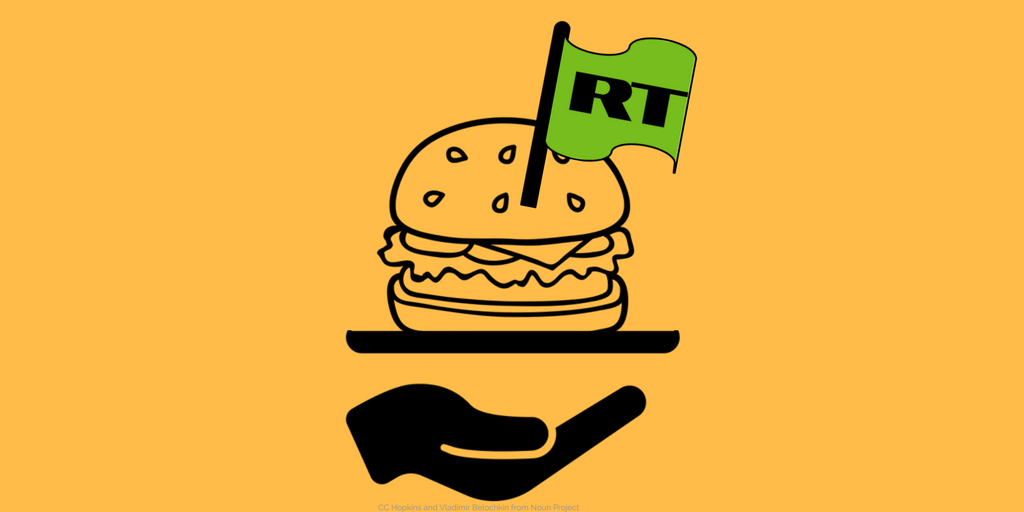 Russia’s president is enjoying so much international popularity that a New York restaurant decided to celebrate his 65th birthday this Saturday by adding a gigantic “Putin burger” to the menu. This news story was told in a video report produced by Ruptly, which is a part of RT (Russia Today). According to the report, the burger included exactly 1952 grams of hamburger meat, copying the president’s birth year. “We believe that Vladimir Vladimirovich is an outstanding politician and a historical figure”, an employee in the restaurant said to Ruptly’s camera.

The only minus about this entertaining news story was that it turned out to be a piece of fiction. The scenes from the restaurant showing the Putin burger being served had been staged solely in order for the report to appear in Ruptly’s feed.

All it took to debunk the story was a phone call. Alexey Kovalev, who writes a highly popular anti-disinformation blog in Russian, immediately smelled the hoax and decided to simply call the restaurant where the burger was allegedly served. At the New York end of the phone line, restaurant managers knew nothing about the burger. After some time, the managers said that they had now done some investigation and concluded that two employees had invited Ruptly to come and shoot the scripted burger story; they had now been fired. The Guardian followed up by also calling the restaurant. A spokesperson of the restaurant told The Guardian that “Our restaurant has never celebrated Vladimir Putin’s birthday in any way, shape or form and has never offered a Putin burger. Lucy’s completely disavows the statements made in the video, which are false”.

The face loss was total. Ruptly was forced to remove the video and publish something as rare for a member of the RT media family as a correction, but Alexey Kovalev had downloaded the original video and made it available on his Twitter profile, where it can now be watched. Russian government communicators entered damage-control mode both by going on the record and by contacting Russian language media, urging them not to run with the story. 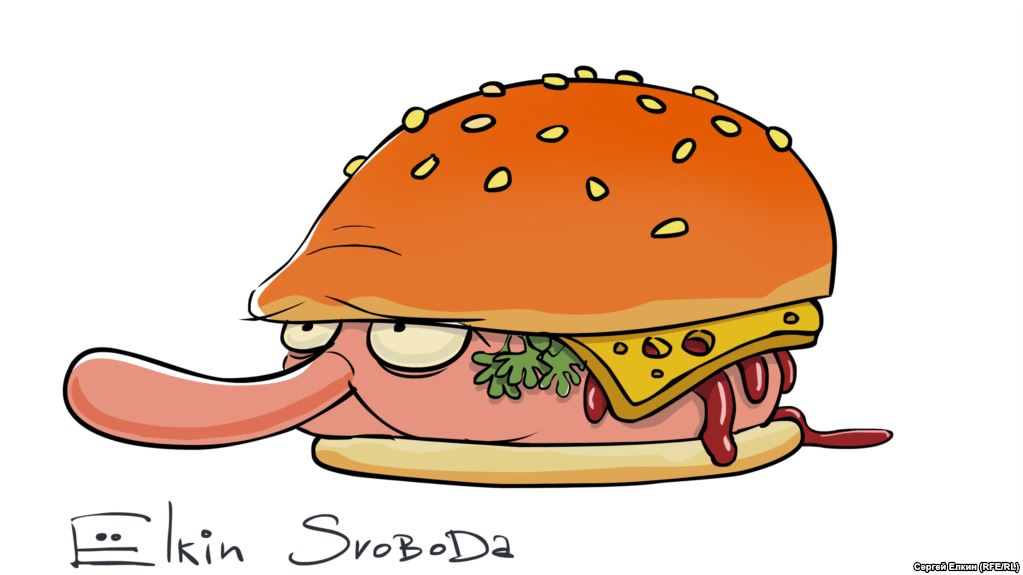 The Putin burger’s afterlife in Russia

And yet, all propaganda is also local. Even if RT primarily caters to international audiences, it feeds directly into other Russian state-controlled media, and the story about the big birthday burger was readily relayed by numerous leading Russian media, among them the state-owned news channel Rossiya-24 in a news story about how the Russian president’s birthday is celebrated throughout the world. Other large media, including TASS, are also keeping the story alive. So although Ruptly took its English language story down, the story continues living its own life in Russia’s domestic constituency, where international admiration of Russia’s leaders is an asset in the run-up to next year’s presidential elections.