The Chernobyl Disaster and the Power of Story-Telling 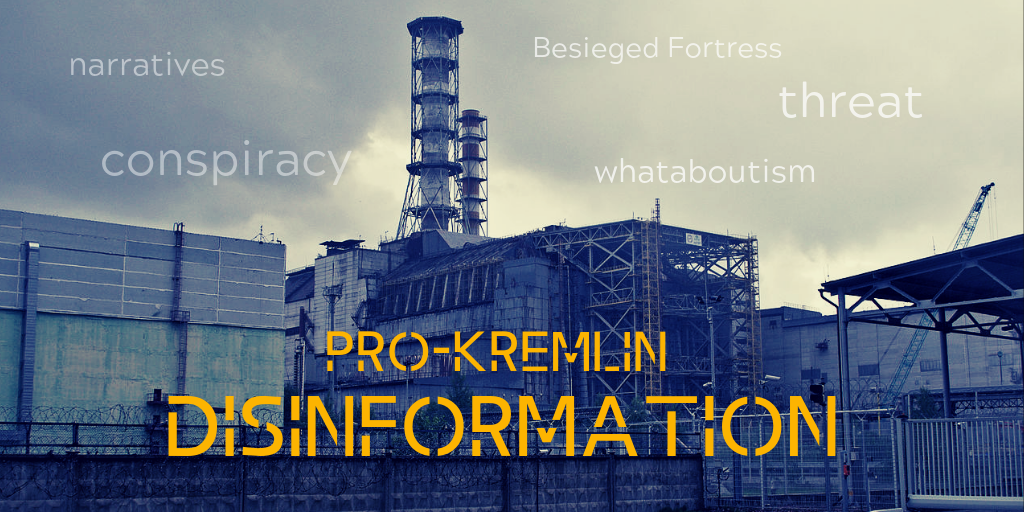 The TV show ”Chernobyl”, produced by HBO and Sky, has been getting attention in different parts of the world, from the US to Russia. The five-part miniseries tells the dramatized story of the nuclear accident that happened in Chernobyl in 1986, which resulted in a reactor blow-up, evacuation of the city of Pripyat, 31 immediate deaths and vast numbers of people and animals suffering from acute radiation syndrome. The TV series covers the catastrophe and the investigation of its causes. It also tells the story of the indolence of the Soviet administration before the accident and its attempts to cover it up.

The show caused a variety of reactions, from approval and enthusiastic comments on the one hand to criticism about how the USSR was shown on the other. Pro-Kremlin media took part in the debate too, using the moment to discredit the usual objects of their attacks and haunt their audiences with nuclear stories.

One can argue how realistic the plot or the scenography of TV series were. Some of the Russian media did just that, focusing on very specific details, trying to prove as many inconsistencies as possible. Others stuck to the recurring narrative about American propaganda and blamed it for building a negative image of Russians.

Some outlets, however, went way further and jumped on the opportunity to repeat the well-known narratives of conspiracy. It’s not the anniversary of the 1986 accident that was the reason for releasing the show now, Komsomolskaya Pravda said. The real reason is that the Russian energy company Rosatom became a dangerous competitor to the US, France and Japan in the area of nuclear energy, it argued. Therefore, competitors want to show how allegedly wild, stupid and careless Russians are, causing an unprecedented ecological catastrophe in Europe with sloppy built reactors. Russia is the true nuclear champion, so the West just seeks to destroy it with its own disinformation. This type of narrative occurs often in pro-Kremlin outlets and so does the whataboutism strategy, employed to divert attention from the real topic. For example, Regnum, who admitted that the Soviet Union was indeed trying to keep its shortcomings around the Chernobyl catastrophe a secret, also spread the message about the Western world ”never hurrying to report their own mistakes”. In the same manner, News Front and RT used the topic of the catastrophe to talk about… Julian Assange. As the saying goes, if you don’t like what they are saying, change the conversation. But it doesn’t make the real issue any less true. 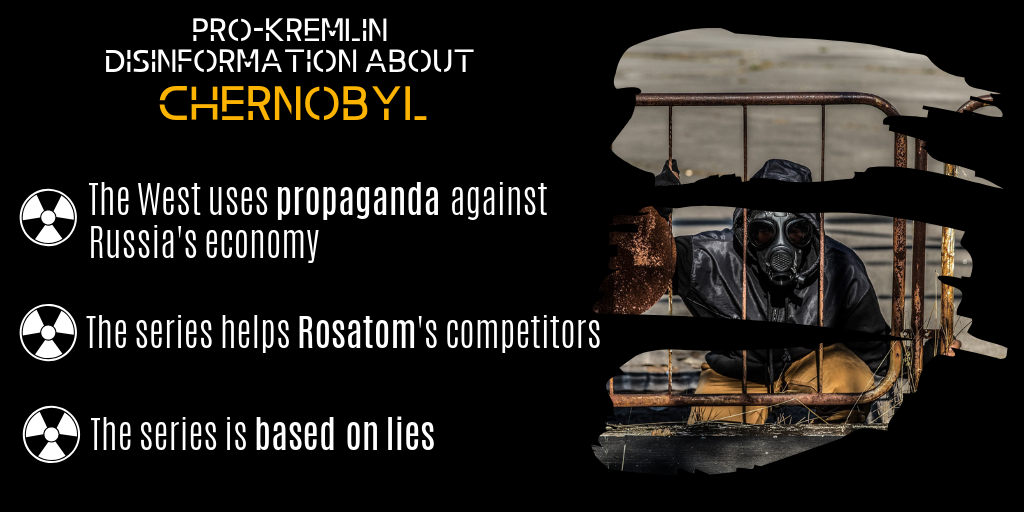 Who’s Afraid of the Nuclear Energy?

Pro-Kremlin media also jumped at the opportunity to discredit Ukraine’s energy policy. Its nuclear power plants, as described by RT and TV channel News One, ”have become a mini-Chernobyl”. They said that since Ukrainian facilities were built in the Soviet Union, it is essential for them to be taken care of by Russian specialists – but the Ukrainians do not want to cooperate with Russia anymore! RT sees the reasons for it in what it calls ”the 2014 coup”, the name used by pro-Kremlin outlets to refer to spontaneous Euromaidan manifestations. Ukraine choosing European integration, therefore, appears to be the reason why there is a supposed threat of major energy blackout in Ukraine. All in all, cooperation with Russia would solve all Ukrainian problems, RT says.

Chernobyl as a keyword has been used by pro-Kremlin outlets for a long time in order to instil fear. The EUvsDisinfo database contains several cases about ”another Chernobyl” or ”Chernobyl repeating itself” in reference to Ukraine and its power plants. Part of the disinformation picture is Ukraine and its nuclear sector collapsing, solely because of the Ukrainian decision to use American, and not Russian, nuclear fuel. Another disinformation trick is to link nuclear reactors to production of weapons of mass destruction, with conspiracy theories about how Ukraine would use them against Crimea or Eastern Ukraine. The claims have nothing to do with the truth, but are good for undermining Ukrainian security and economy.

Fear is a strong and universal emotion. And it was the main takeaway from many viewers of the HBO mini-series. No wonder – the nuclear technology, in all its complexity, may be perceived as risky. But more upsetting is what actually happened in Chernobyl after the catastrophe (and was also portrayed in the TV show) – how one lie was covered with another one, and then another one. As a result, thirty-three years after the catastrophe, we still don’t know the answers to at least a few questions.

The mini-series starts with fictional contemplations by Valery Legasov, who leads the disaster investigation: “What is the cost of lies? It’s not that we will mistake them for the truth. The real danger is that if we hear enough of lies, then we no longer recognize the truth at all. What else is left but to abandon even the hope of truth, and content ourselves instead… with stories”. That is a really scary thought.

Speaking of stories – it was already announced that Russia will tell its own Chernobyl story. In this version, commissioned by pro-Kremlin NTV and co-financed by the Russian Ministry of Culture, a KGB officer will chase… yes, you guessed it right, the ”real” villains behind the accident – CIA agents.