The Chilling Background to Kremlin’s “No War” Trope 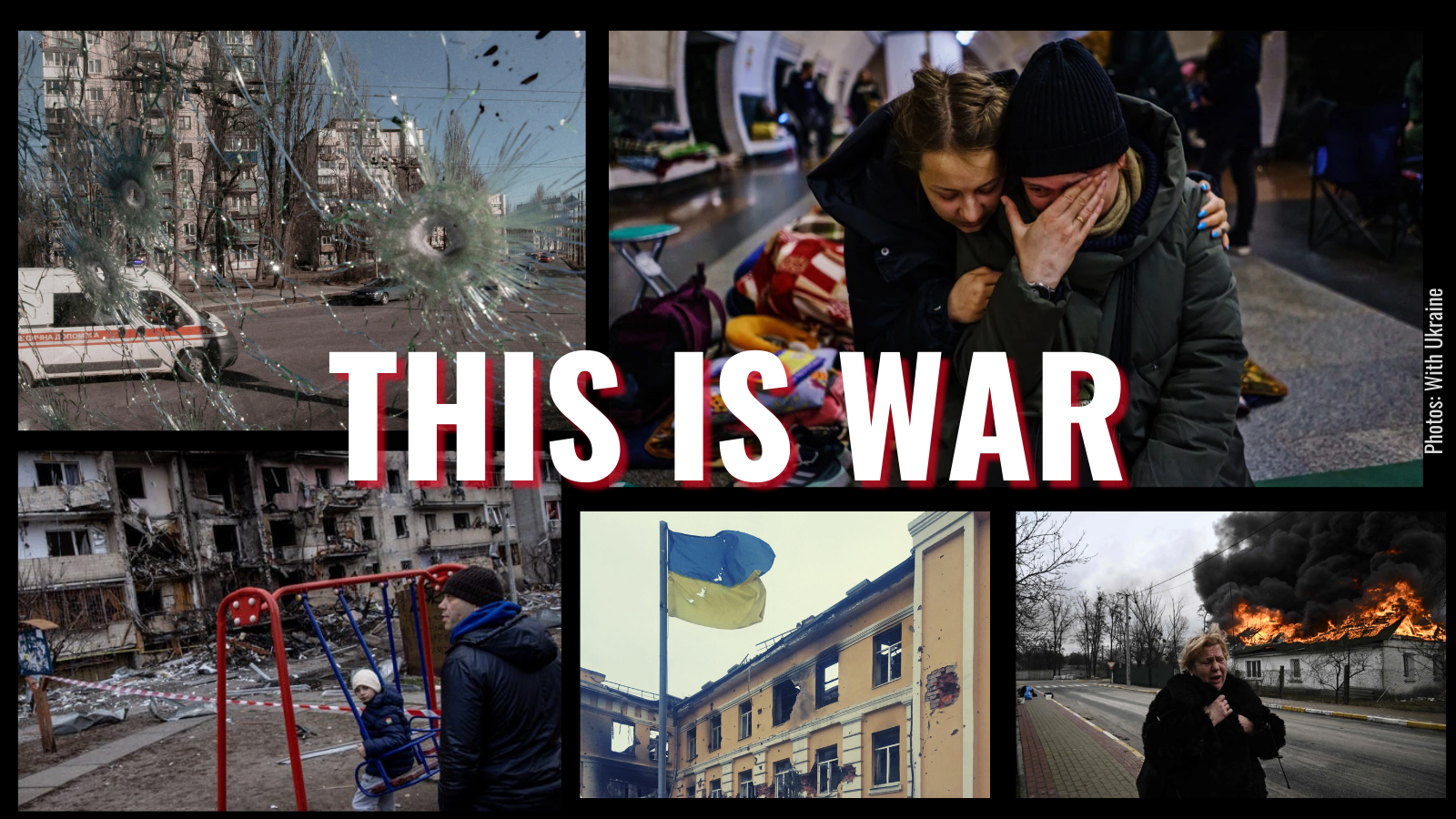 Russian authorities have forbidden media outlets to refer to the attack on Ukraine as a war. This is not only an attempt to spin something unpleasant in a more positive way; if there is no war, there can be no war crimes. But hard facts can’t be washed away that easy. The world is not that stupid.

St. Petersburg municipal services painted the ice of the Fontanka river to hide the message “No to War”. A Police officer in Krasnoyarsk removes the snow where someone wrote the same message. Russian media get strong instructions not to call the attack on Ukraine a war. This is blatant censorship and thus, in direct violation of the Russian constitution Article 29 – see our article here. But avoiding the word “war” is not just some silly spinning – it has further deep and sinister implications.

War is, sadly, an integral part of human history. And just as long as humankind have fought wars, just as long has there existed rules for warfare. We find attempts to establish a minimal level of decency in the barbaric act of war in the writings of the Christian Church Father Augustine, in the Quran, in the principles set up by 17 century Dutch philosopher Hugo Grotius… In modern times, those rules are enshrined in a series of treaties, starting with the Geneva Convention of 1864. Imperial Russia and the emperor Alexander II were instrumental in codifying the rules of war and making them obligatory for all powers. The totality of those treaties is called International Humanitarian Law.

No War, No Crime

But the rules of war apply only in war. Every Russian schoolkid knows the words “On the night of the 22 June 1941, Nazi Germany attacked, treacherously and without a declaration of war…” Nazi Germany did not consider the war against the Soviet Union a war against a legal entity, a state. Hence, the rules of war did not apply. Russian prisoners of war were, unlike the prisoners from the western countries, not treated according to the Geneva Convention.

A couple of days after the escape of the Ukrainian President Yanukovych in late February 2014, Russia’s President Vladimir Putin declared that any agreements with Ukraine from now on were void:

Putin has been holding on to this trope, that Ukraine is not a real country, but a territory, under the control of a junta. This has also been the key element of the flood of disinformation, attacking Ukraine. In the database of disinformation, the keyword “Ukrainian statehood” is twice as common as disinformation against of all the Nordic countries together. Putin returned to the claim of Ukraine as a territory and not a real country in his speech, ahead of the invasion:

All those schemes connected to this project of an “Anti-Russia” are perfectly apparent for us. And we are never going to accept that our historical lands and the peoples living there are used against Russia.

No Country, No Invasion

So Russia is, in the perspective of the Kremlin, not waging a war against a state, but a special operation against – with the words of Putin – “neo-Nazis and drug addicts”. And, again, this is not spinning the news; this perspective aims to liberate the Kremlin from any obligations as a signature party of the Geneva Conventions. The Kremlin logic is that Ukraine is not a state, so no international law is violated. Ukraine is not a country, so there can be no invasion. This is not a war, so there can be no war crimes.

Obviously, this is merely fantasising from the Kremlin. No matter how much spin the Kremlin machine grinds out: the international laws of armed conflict apply even if no war is declared. The basic requirements of military necessity, distinction, proportionality and avoiding unnecessary suffering/ preserving humanity cannot be washed away.

Even if there are no pictures shown on Russian TV of the Russian forces bombarding civilians, the world knows that Russia – treacherously and without a declaration of war – attacked Ukraine. International bodies are detecting and documenting war crimes. Thirty-eight countries have requested the International Criminal Court to investigate Russia’s war against Ukraine.

The UN International Court of Justice, based in the Hague began on Monday 7 March the public hearing in the case filed by Ukraine against Russia: allegations of genocide.

The criminals will be held responsible.