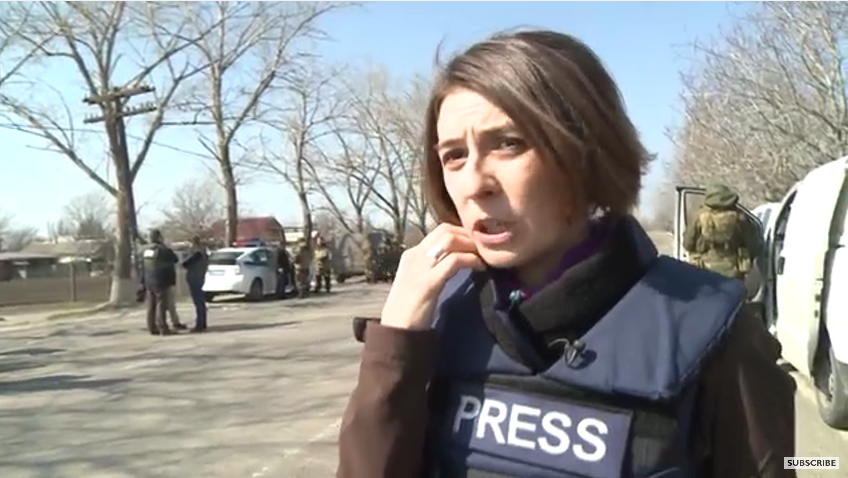 Russian TV’s broadcasting in 2014 of the fake story of a crucified boy in eastern Ukraine was one of the most infamous pieces of pro-Kremlin disinformation around the Ukraine conflict. Similarly, in April 2015, the presenter on Russia’s NTV claimed that “A ten year old girl has been killed by Ukrainian government forces in Eastern Ukraine”. There were, however, two problems with this story too: there was no killing, and there was no girl. The BBC’s investigation is an impressive example of how to debunk a story: Not only does it prove that this was a piece of false news, it also demonstrates that NTV had decided to tell the story to its millions of Russian viewers while fully aware of the facts.

As we see in the BBC’s investigation, producing this kind of false news isn’t difficult. All you need to do is to claim that something happened, make one or two people play the role of eyewitnesses and then be cynical enough to spread it via your media. The much more difficult challenge is how you debunk the lie. How to prove that something did NOT happen?

The only reason why BBC reporter Natalia Antelava succeeded in her endeavour is that she made the actual authors of the false news story confess to the camera that they had lied. Without their confession, even critical viewers would have been left with a degree of suspicion that the story might in fact have been true, even if the reports about it appeared to be obscure. The human mind tends to believe the story it heard first even when this version has been challenged. Producers of false news, such as NTV, know this “no smoke without fire” psychological principle very well and systematically use it to confuse us and sow doubts. And unless we have a straightforward confession, as in the BBC’s report, or material evidence about how the lie was produced, the idea that a ten year old girl was killed by Ukrainian forces remains a part of our perception of its context.

This story only underscores how important it is for media to send journalists into even hostile and dangerous areas to do their job.