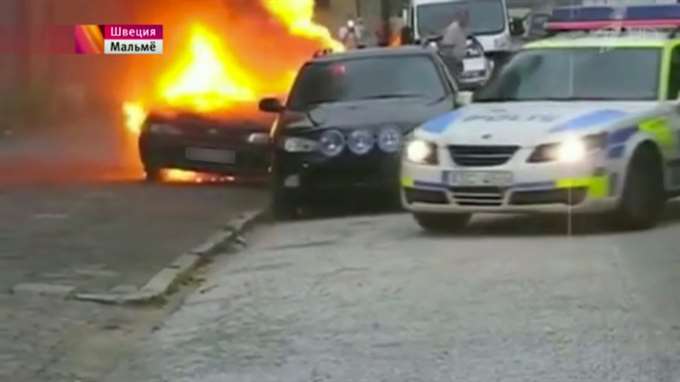 This week, we saw plenty of depictions of ‘the evil West’ in the pro-Kremlin media.

In our recent commentary, we mentioned that one of the common techniques of the disinformation campaign is to use outright falsifications. And many examples of the technique presented themselves this week. So we saw for example a Bulgarian story claiming that EU Commissioner Hahn stated that Bulgaria will cease to exist as a nation within 40 years http://bit.ly/2lyZgEu – he said no such thing. We saw a Czech outlet saying President Juncker thinks the EU will fall apart during the Brexit negotiations http://bit.ly/2lyT4fP – something he has not stated. And we saw Europe and the West accused on Russian state TV of wanting to destroy both Russia and Ukraine http://bit.ly/2m3uPaK, of starting the Maidan protests in 2014 http://bit.ly/2mhtkS5, and of aiming to loot Ukraine http://bit.ly/2l3eYEI – even of peoples organs. Again, needless to say, all untrue. 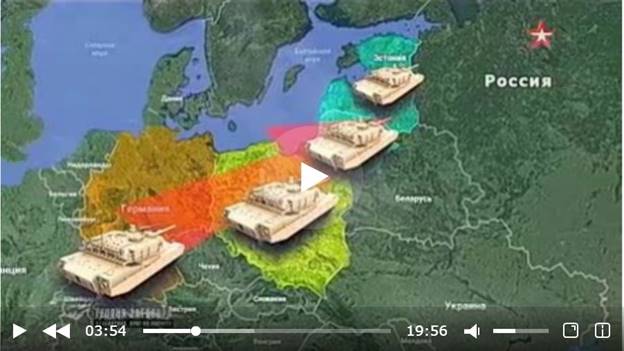 The danger of refugees

Another continuing trend this week was the depiction of refugees and migrants as dangerous. A Czech outlet reported that migrants had sexually harassed people in Frankfurt on New Year’s Eve http://bit.ly/2m3KCD6 – information that was based on false testimonies and subsequently deleted from the original report but that is still spreading. A cooperation agreement between the Czech, Romanian and German armies was explained as an effort by Germany to protect itself against migrants by another Czech outlet http://bit.ly/2kDZNFM.

Also the Swedish city of Malmö was depicted in a very negative way on Russian state TV http://bit.ly/2lAw5l3, misrepresenting unemployment numbers as at 63% (that is actually the employment figures of the city) and murder rates over the last year exaggerated up from 12 to 50. The piece also covered the old disinformation story of no-go zones in Sweden http://bzfd.it/2m8uqQU.

Another week, another sadly predictable aggressive disinformation campaign targeting Ukraine. Repeated allegations of Nazis governing the country are still a part of the regular “reporting” of pro-Kremlin outlets. The show ‘Vremya Pokazhet’ repeated the many times debunked disinformation about the alleged oppression of Russian speakers in Ukraine. In Vladimir Solovyov’s show, the absurd and unsubstantiated allegation was repeated that the annexation of Crimea had to happen because the Ukrainians planned a war (http://bit.ly/2mhf63A).

And to make Ukrainians look as inhumane as possible, Izvestia multiplied a phantasmagorical “testimony” about Ukrainian soldiers (http://bit.ly/2lhA9p5). In the parallel world of pro-Kremlin media, the soldiers in Donbass were fighting under such strong psychotropic drugs that no matter how many times they were shot, they kept on getting up and carrying on fighting. “And sometimes even without his head, he attempts to stand up and keep fighting,” says one of the so-called separatists’ leaders. The story was heavily multiplied also in other languages, e.g. by the Czech version of Sputnik (http://bit.ly/2kI9yD5).

Date
Title
Outlets
Country
Kiev launched a special military operation in southeast Ukraine in...
Ukraine
The Swedish city of Malmö is plagued by crime due...
Sweden
In 2014, the West provoked anti-government protests of Ukrainians to...
Ukraine, Russia
The name of ‘Ukraine’ is not historically correct for the...
Ukraine
Russia has no plans for aggression against Ukraine, so any...
Ukraine, Russia
USA provided Islamic state with weapons
US, Ukraine, Russia
The ideology and practice of Nazism is a tool by...
Ukraine
An image shows the victim of attempted sexual assault, a...
Denmark
EU's public diplomacy programmes in Russia aim at an "internal...
Russia
The US and Canada are ending their military cooperation with...
Canada, US, Ukraine
The militants of the Ukrainian Insurgent Army existing during WWII...
Ukraine
The Swedish governing politicians decided to cancel elections until 2022
Sweden
The main reason for the sharp fall of the Ukrainian...
Ukraine
Russia has not started the war in Ukraine, however, there...
Ukraine, Russia
The annexation of Crimea was necessary because the new Ukrainian...
Ukraine, Russia
People in Ukraine are humiliated because of their Russian origin...
Ukraine
There was a coup in Ukraine and the current authorities...
Ukraine
President Poroshenko was brought to power by the West in...
Ukraine
The occupation of the Czech republic continues
Czech Republic, Germany
Jean-Claude Juncker said that he doubts the EU will not...
UK
NATO soldier in Lithuania raped a teenage girl
Germany, Lithuania
The soldiers of Army of Ukraine take strong psychotropic drugs...
Ukraine
People in the Baltic states were better off in the...
USSR, Baltic states, Russia
Kyiv’s armed forces have been using weapons of mass destruction...
Ukraine
Kyiv’s armed forces have been using weapons of mass destruction...
Ukraine
Ukrainian authorities are losing control over the situation in the...
Ukraine
The placement of four NATO battalions in the Baltics and...
Poland, Baltic states, Russia
The last time NATO has attacked Russia was November 2015,...
Russia
The placement of NATO battalions in the Baltics is an...
US, Baltic states, Russia
The West has promised Russia that NATO will not expand
Russia
The task [of the West] is to use force, terror...
Ukraine, Russia
Migrants attacked and sexually harassed people in Frankfurt
Middle East and Africa, Germany
NATO violates its own Charter
The West has always despised Russia and has always been...
Russia
Europe has given Russia no other ideas but communism, crusades,...
Russia
The project of Ukraine has no content apart from nazi...
Ukraine, Russia
The only political goal of the West is to pass...
Ukraine, Russia
The Baltic states are plotting to attack Russia, shown by...
Baltic states, Russia
USSR agreed with unification of Germany in exchange for Eastern European countries not joining NATO
USSR, Germany
A delegation from the University of Bristol will start excavations...
UK, Ukraine
Sending NATO forces to the Eastern flank of the Alliance...
Russia
According to EU Commissioner Hahn, Bulgaria will disappear as a...
Bulgaria
By continuing to browse the site you are agreeing to our use of cookies.