The Jokers of the Kremlin Court 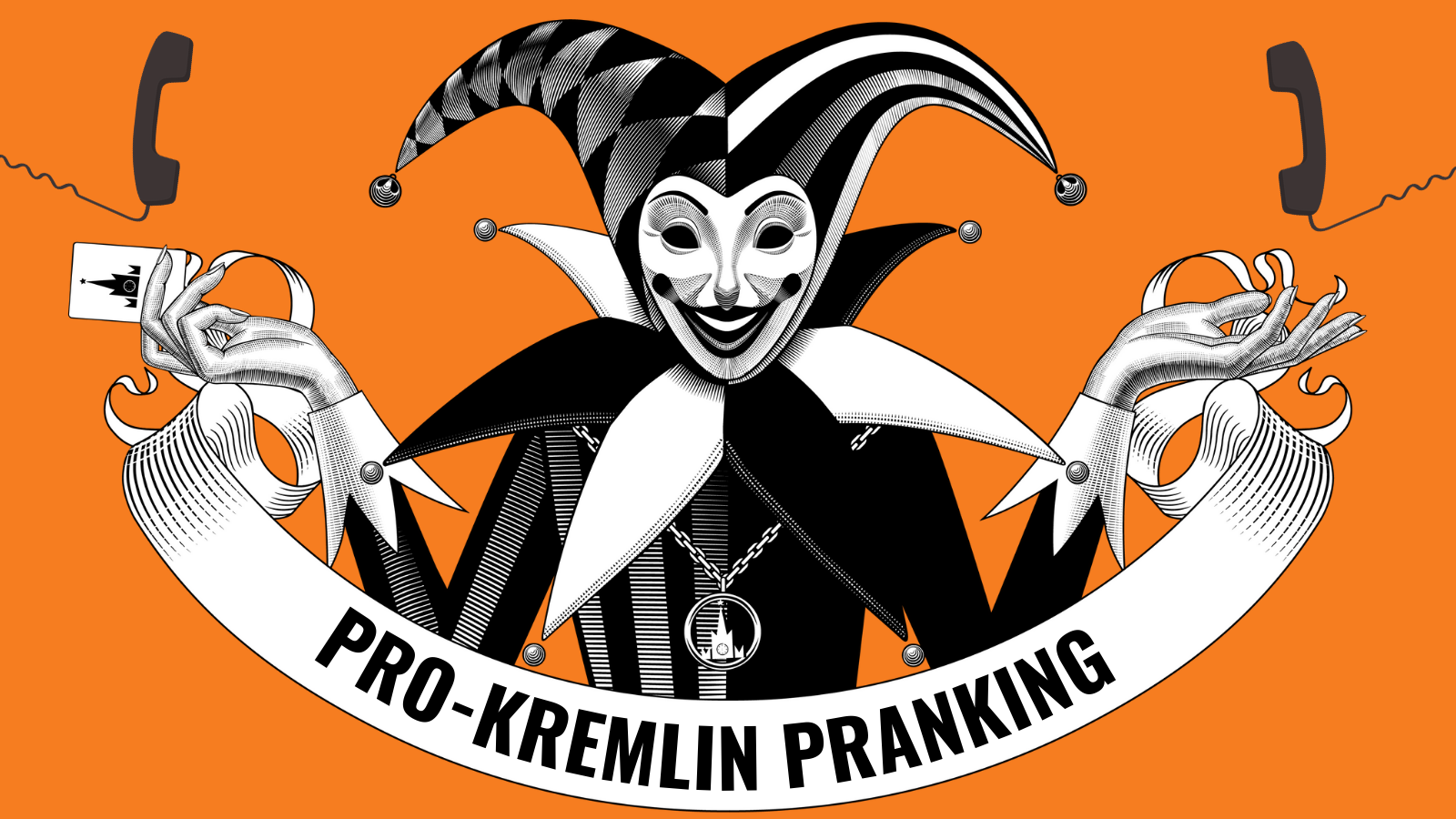 Everyone likes a good laugh, and satire is an essential part of the public discourse. Satire can be fine-tuned and subtle, but also vulgar and loud. Poking fun at the powerful, the pompous and the self-righteous is a core element of democracy. Ridicule, caricature and mockery are instruments of dissent – and of disinformation.

EUvsDisinfo has at several occasions written about hahaganda: ridicule and sarcasm as a means of defamation and belittling. Kremlin-weaponised humour. We have seen the method played out on the Skripal Case, as well as in connection with the attack on Alexei Navalny. The method is used in all parts of the pro-Kremlin disinformation ecosystem. The NATO Strategic Communication Centre of Excellence in Riga published an extensive report in 2017 on Humour in Kremlin information efforts.

Russian state media frequently employs the services of two “pranksters”: “Vovan” and “Lexus”, Vladimir Kuznetsov and Alexei Stolyarov – who regularly call foreign officials, representatives of NGOs and journalists. They have targeted the Danish Parliament, setting up a meeting with a woman pretending to be Svyatlana Tikhanouskaya; Amnesty International received a call, where the pranksters posed as an associate of Alexei Navalny. Jacques Maire, the Council of Europe’s rapporteur on Navalny, was also targeted. In an interview with the state-owned Baltnews agency, Kuznetsov and Stolyarov describe how they, between October 2019 and March 2020, set up twenty conversations posing as Swedish activist Greta Thunberg and her father.

Of course, our voices are not similar to Greta’s, so we had to employ English-speaking girls. We had four Gretas who talked to politicians and stars and recorded around twenty conversations, says prankster Vovan.

The girls were not always able to act with humour to the answers of the interlocutors, so usually Alexei Stolyarov took part in the pranks as the “father” of the activist. He directed the conversation and asked leading questions, to receive the answers the pranksters needed.

The Kremlin pranksters usually pose as opposition figures or representatives of foreign governments. The pranks are, as a rule, quickly shared by the state news agency RIA Novosti; the targets are depicted as gullible and naïve. The pranksters compare themselves to investigative journalists:

“We do not follow the ethical norms of journalism, because we are not journalists. Nevertheless, our conversations have informational value. To what degree they are ethical is of course something for our followers to judge”, says Kuznetsov.

He continues: “We believe our pranks can be called a means of media communication. Sometimes this is the only way to find out the truth, whenever it is impossible through an official interview. We act as investigative journalists who covertly disclose the life of world leaders.”

The state news agency RIA Novosti is carefully sharing the pranks of Kuznetsov and Stolyarov and is helpfully tagging any notice on the prankers for the convenience of its readers.

Not only individuals are targeted by the Kremlin’s hahaganda; certain topics are also fair game. Russian satire sites poke fun at various minorities, eagerly joking about gay rights, children’s rights etc., ideally combining both, like in this story where Swedish authorities have taken a 5-year old child into custody, as his parents forced him to watch the forbidden Russian animated film “Masha and the Bear”:

All was disclosed by coincidence. Sven refused to kiss his classmate Abdullah at a sex education lesson at kindergarten. When the teacher attempted to understand the reason for his refusal, it showed that he had become a homophobe and Islamophobe. He must have gotten this from that horrible film. It is full of Russian militarism, chauvinism and person cult.

This text was published by a satire site, Panorama. The site is designed to look like a serious news site. The site owners are clear about the site being devoted to humour and satire, but occasionally, these reports are taken seriously and quoted by other outlets as factual reporting.

The beauty of hahaganda is that it is very hard to defend yourself against it. There is no point in protesting: Masha and the Bear is not forbidden in Sweden; there is no sex education in kindergartens. The joke is not supposed to convey factual information. It’s a joke! Don’t you guys have humour? Do you have to be so politically correct all the time?

The Kremlin is jovially laughing at jokes, targeting vulnerable minorities, but reacts furiously anytime the Kremlin itself is the target. A TV-show poking fun at a few of the Kremlin’s leading propagandists was swiftly put off air. 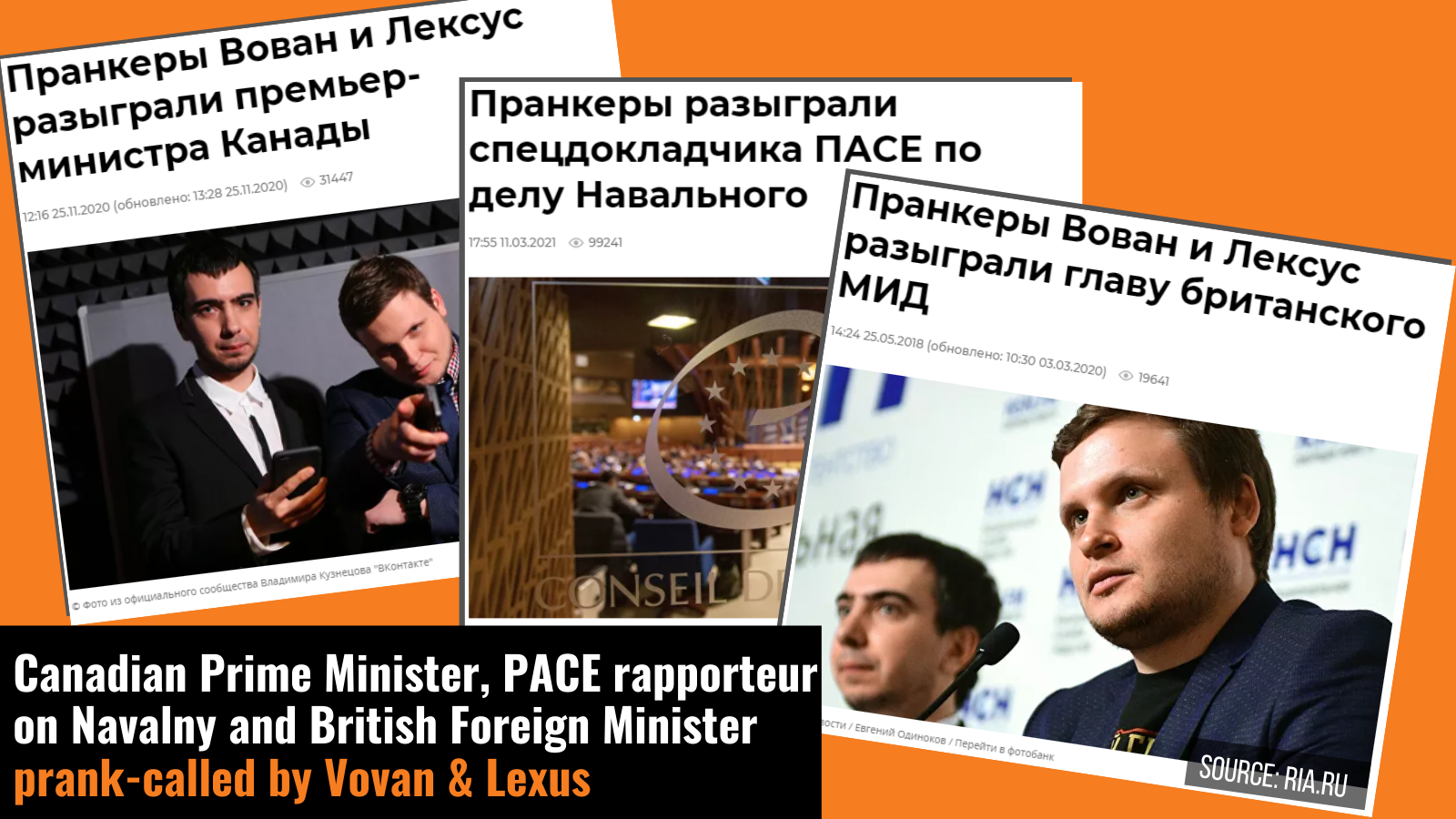