The Kremlin Counting its Chicken 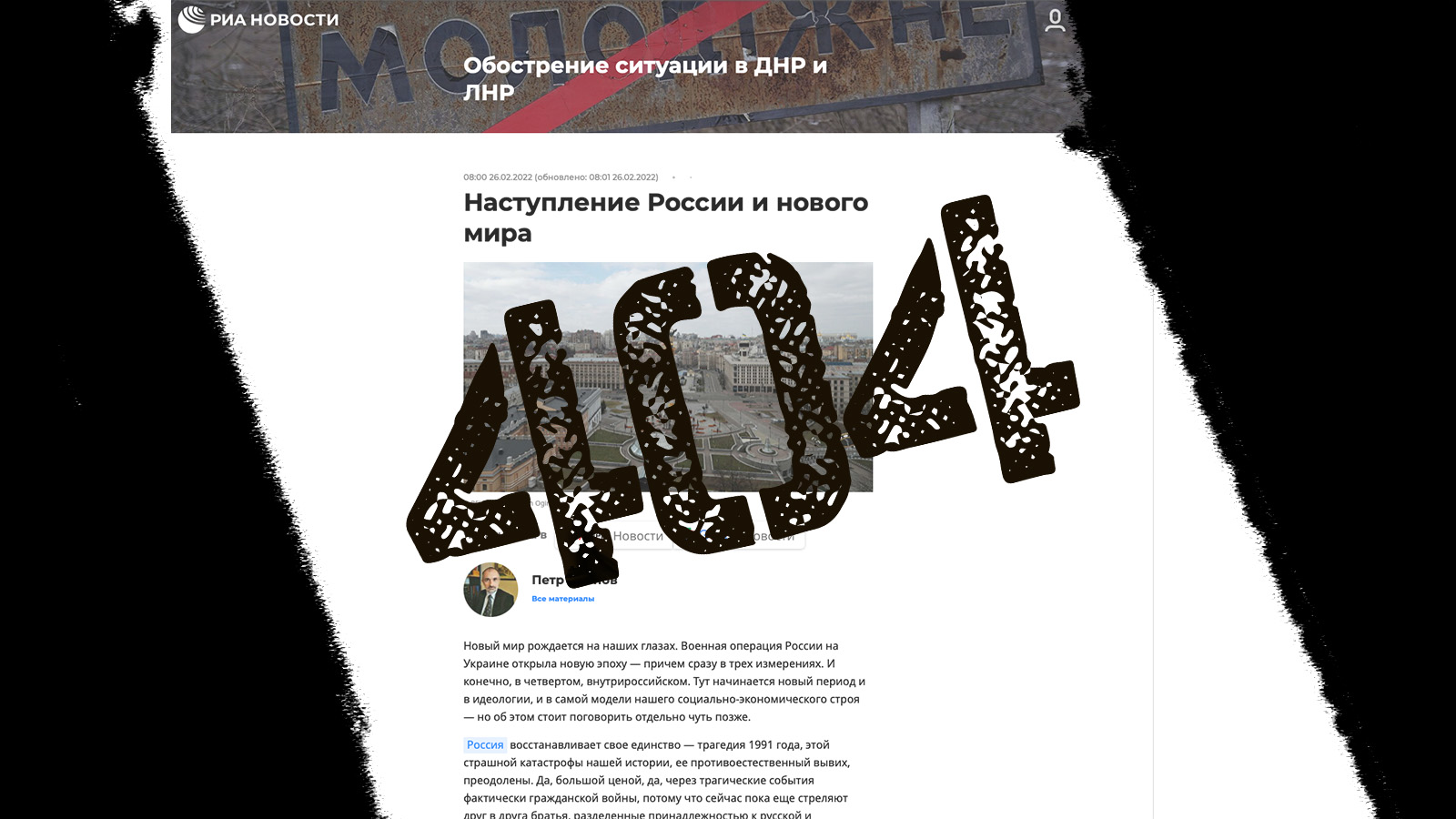 There is a Russian saying: ”Don’t say ‘hop’ before you jump”. The English equivalent is “Don’t count your chicken before they hatch“. Both sayings suggest a certain level of caution before making proud announcements.

One great example of this is 9, Tverskaya street in Moscow. It is built of granite, brought to Russia by Hitler for building the Victory monument, devoted to the glory of the German weapons in defeating Russia. As we all know, the peoples of the Soviet Union resisted the Nazi army and defeated Hitler. The material for Hitler’s monument came in handy in the reconstruction of Moscow after the war.

A similar case of saying ‘hop’ before the chicken are counted was detected in the morning of the 26 February, the second day of the Russian attack on Ukraine. State “news agency” Ria Novosti published a victorious article, describing the success of “bringing Ukraine home to Russia”. The article was quickly retracted, but nothing disappears from the web. The text is fully available through Internet archives and can be read, in Russian, here.

The author triumphantly declares the victory:

Russia has restored its unity. The tragedy of 1991, this horrible disaster of our history; this unnatural dislocation, is overcome. To a great cost, yes, and through the tragic occurrence of a civil war, as brothers continue for the time being to fight each other, divided by their allegiance to Russian and Ukrainian armies. But Ukraine will no more be an anti-Russia.

The victorious fantasies continue. The author goes forth imagining the borders of the future, tamed, Ukraine:

Within what borders, in what shape [Ukraine’s] union with Russia will take will be decided later, once the history of Ukraine as an anti-Russia is finished.

Here another Russian saying comes to mind: “One should not divide the pelt before the bear is killed”.

The most interesting part of the article is, however, that it outlines the Kremlin’s vision of the future world order. When the bipolar system of the cold war collapsed, the West attempted to create a monopolar hegemony. A global west, led by the Anglo-Saxons. Russia’s victory in Ukraine has demonstrated the weakness of the West. Now, a multipolar system will emerge. The West is welcome to sit at the table, among the other powers.

A new world will be built by all civilisations and power centres, together with the West, united or not, of course. But not on the West’s conditions or according to the West’s rules.

The article was quickly retracted, but it resonates well with speeches and statements from Russian officials: Russia demands the right to spheres of influence. The Kremlin demands the rights to dictate its will on neighbours, on the world. Russia’s foreign minister, Sergey Lavrov declared that there must be “ponyatiya” in international politics. The term ponyatiya, understandings, is in Russian criminal slang an expression of agreements between gang leaders – in Russian “patsany”. The English translation of Lavrov’s statement translate patsan with “real men”.

The gaffe with the victory article demonstrates the world view and the vision of the war against Ukraine. It is a war to set up a world, where Russia is acknowledged as the patsan of Eastern Europe. There is no room for democracy, for human rights, for decency and independence in Russia’s vision.

The Kremlin said “hop” and went forth, dividing the pelt of the bear before killing it. Ukraine continues to resist, clearly demonstrating its unity and identity. The Kremlin’s military might advance further, but the resistance against Putin’s imperial fantasies will continue.