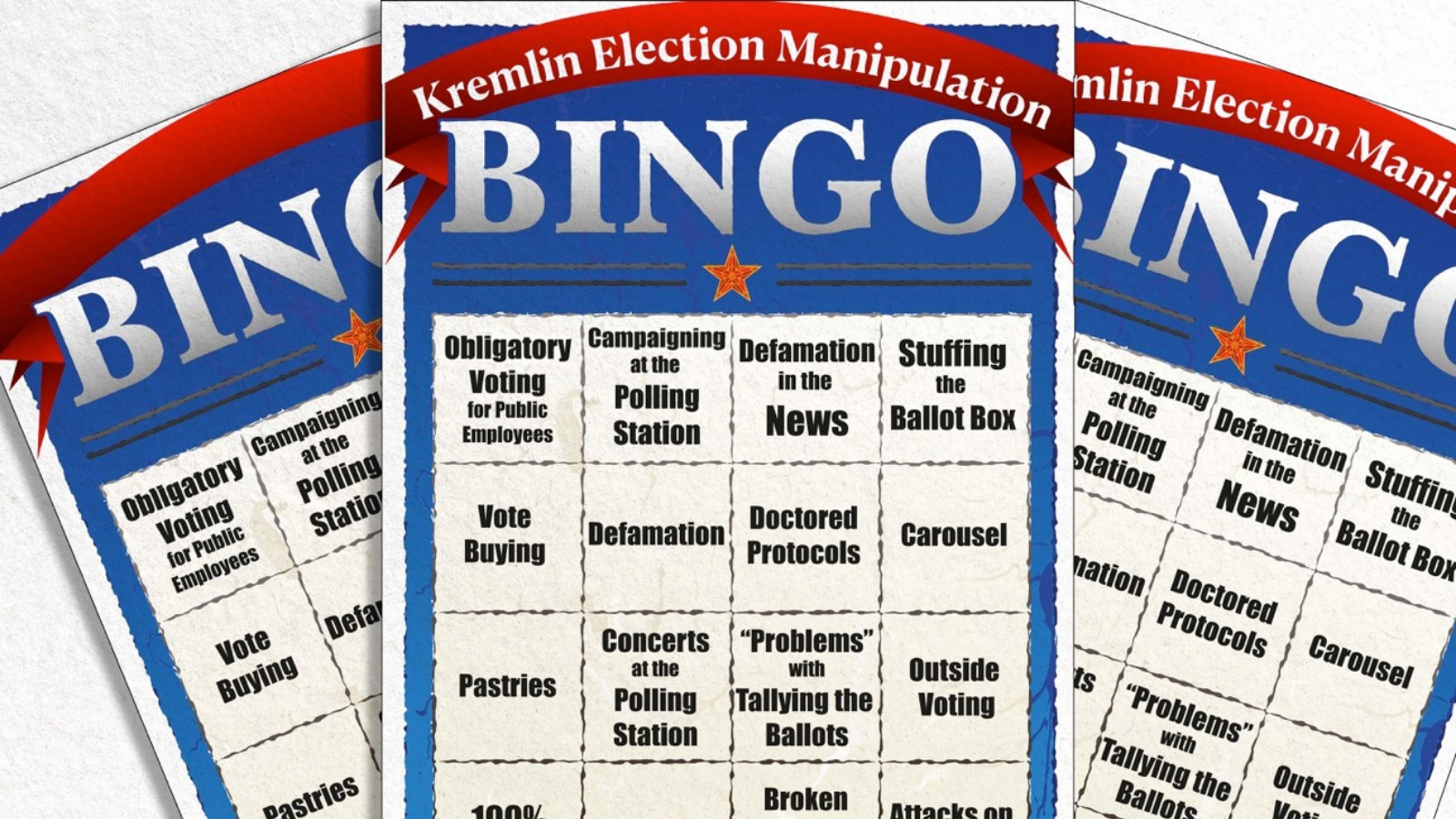 The Russian constitution is clear in identifying the people as the source of power in Russia.

The bearer of sovereignty and the only source of power in the Russian Federation shall be its multinational people.

The Russian people exercises this power through elections, and in order to bypass these rights, the Kremlin has developed a large number of measures to manipulate the electoral process. The Kremlin is openly combatting the constitution of Russia: according to the Kremlin’s former top aide Surkov, only an enlightened sovereign can rule Russia, liberal democracy is merely a “battle of bastards”. 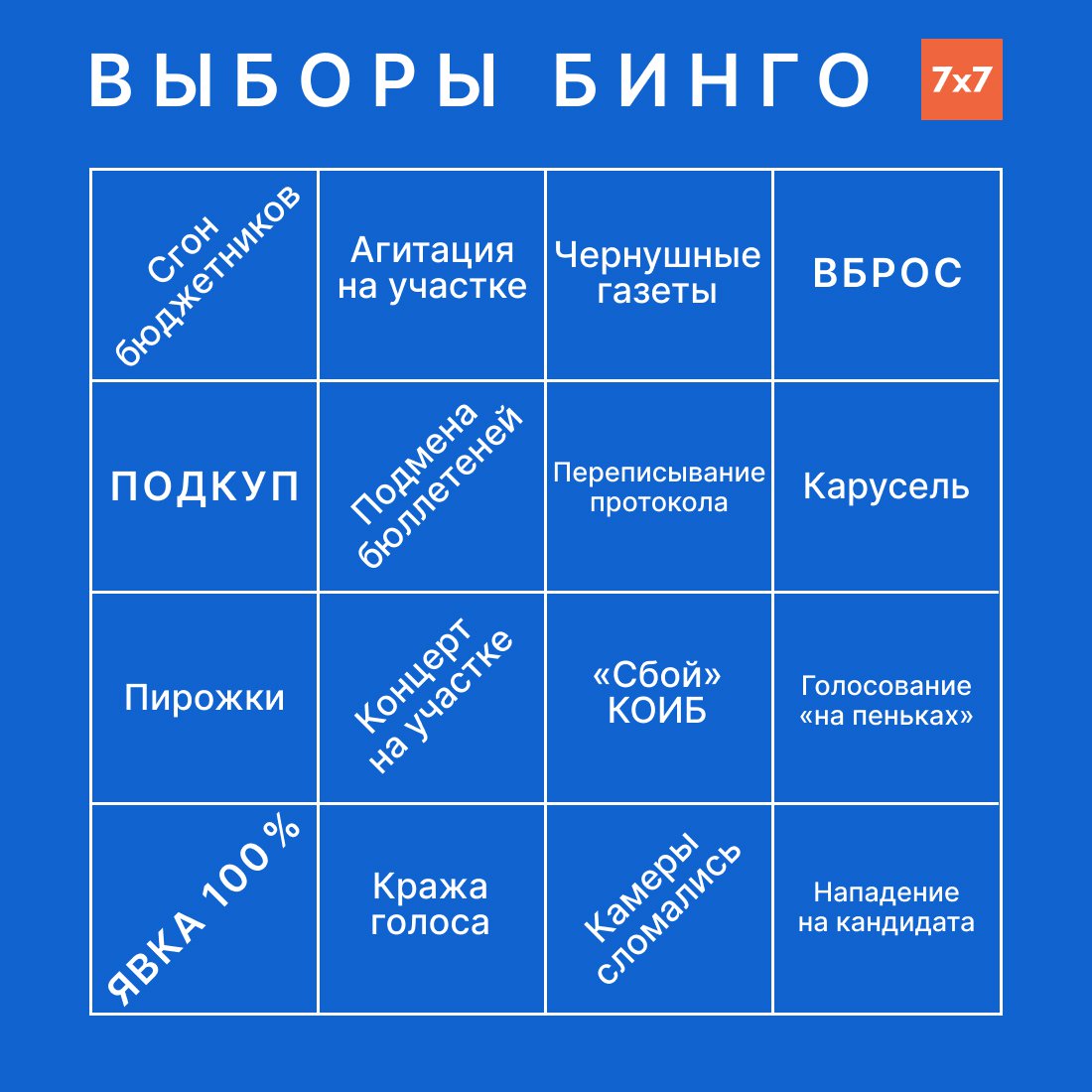 The catalogue of measures to ensure the Kremlin power monopoly contains attempts to clean up the political field from opposition, attempts to confuse the voters with Doppelgängers, attempts to obstruct the actual voting process and much more.

In general, the Kremlin’s attempt to control the outcome is a catalogue of manipulative techniques, ranging from deception and disinformation to open falsification and violence.

On the eve of last week’s election, independent outlet 7×7 collected the most frequent voting manipulation measures into a bingo. 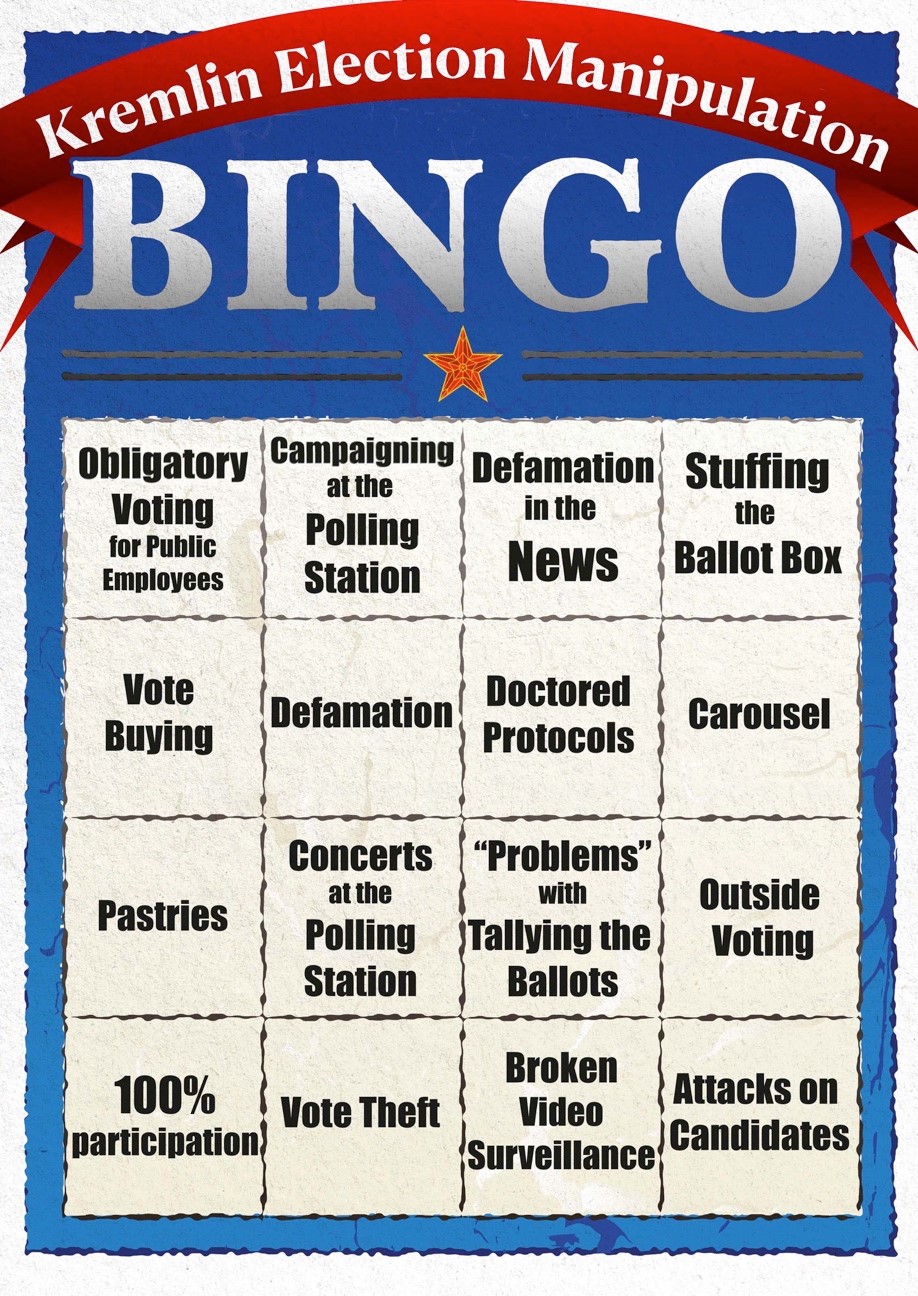 The 7×7 Bingo illustrates two processes: one is the urge to inflate the turn-out in the election. A low turn-out impedes the legitimacy of the election. Snack buffets at affordable prices, concerts and shows at the polling stations are all means to beef up the turn-out. Public employees might be obliged to vote and bussed to the polling stations. The state is offering one-off perks right before elections to different social groups; for instance, military and police personnel are handed 15,000 roubles (170 EUR) ahead of the election.

The other process is the actual falsification of the poll. The ballot boxes might be stuffed; carried around outside the polling stations, out of view of observers. Ballots supporting an undesirable candidate might be swapped to “correct ones”, and eventually, the tally might be doctored.

Several Russian NGOs, activists and parties collected examples of falsifications during the election days on 17-19 September. A large number of videos showing more or less flagrant examples of stuffing the ballot boxes, are shown on social media.

7×7 invited its readers to play the Election Manipulation Bingo:

Follow the elections at your polling station, in your city or region and tick the fields accordingly. If you fill the entire card, well, you got Bingo!

At least one way for the Russians to feel like a winner in the election.