The Kremlin Snubs Own Mouth Piece 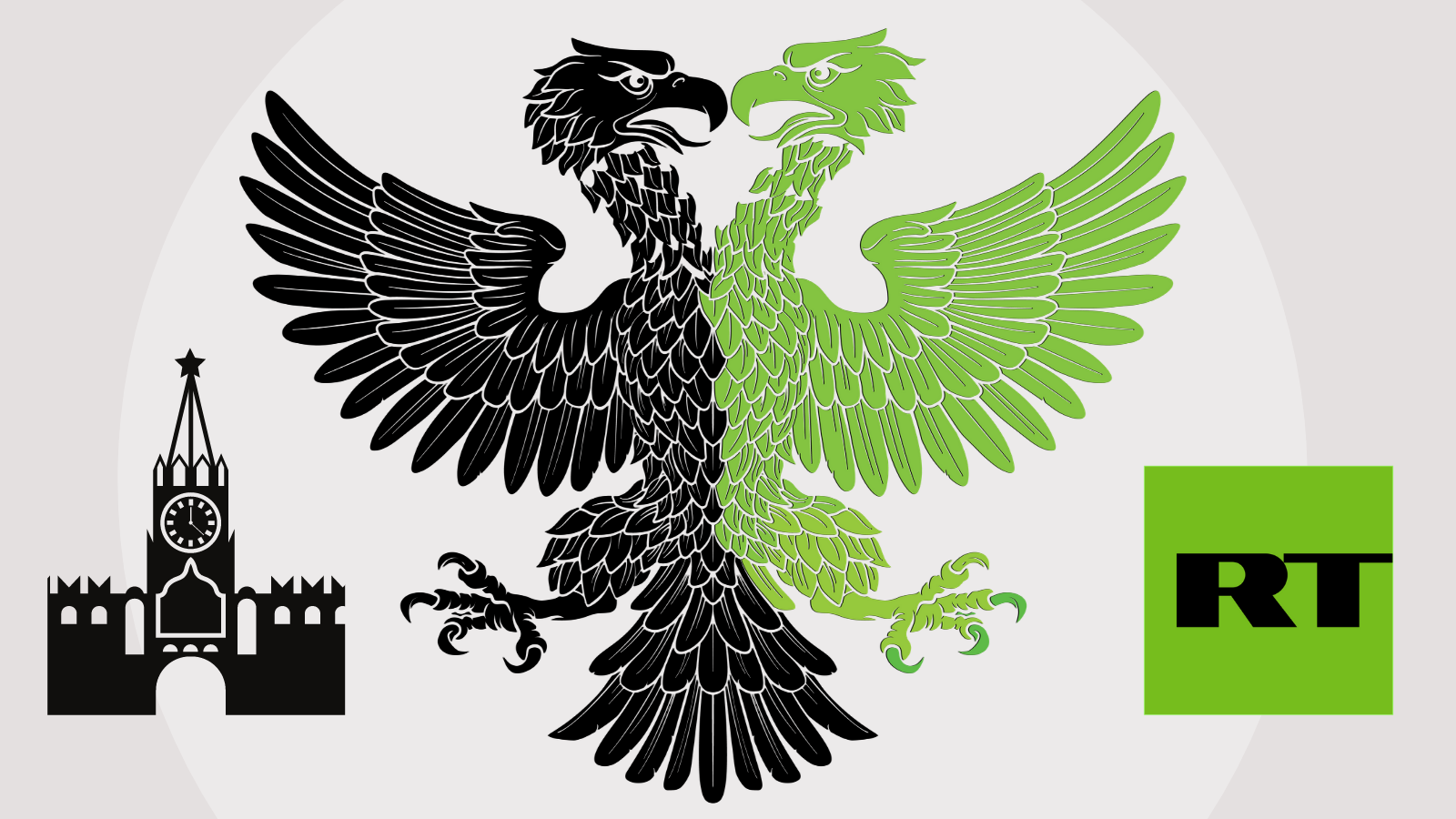 RT was founded in 2005 with the express purpose of forwarding Russia’s perspective on world events and supporting a positive image of the country. The press release contained a mission statement:

The channel intends to reflect Russia’s position on the main issues of international politics and inform its viewers of events and occurrences of Russian life.

The idea was to battle against an antiquated view of Russia, circling around “Communism, snow and poverty”.

A Warrior of the Information Front

A journalist from the Kremlin reporter pool was assigned to the job as head of the channel – Margarita Simonyan, who identified the task of the channel as similar to a branch of the Russian Armed Forces.

In 2008, we were at war. The Ministry of Defence fought against Georgia, but we fought the information war against the entire Western world. It is impossible to start making arms when the war has broken out! So the Ministry of Defence is not at war, but is preparing for defence. Just as we are.

Simonyan led RT away from the initial idea of showcasing “Russian Life” to an international audience. The channel officially changed its name from “Russia Today” to “RT” and Simonyan has made great effort to reduce reporting on Russian affairs to a bare minimum, admitting that Russia simply is not interesting to anyone:

When we started, we reported only about news on Russia. We understood very quickly that this is a dead end. Not many English-speaking people would be interested to follow daily news on Russia. Ten thousand? Maybe fifty; maybe a hundred thousand.

Instead of attempting to embellish the image of Russia, Simonyan’s RT set forth attempting to denude the outside world; in particular painting the West in dark colours. RT became a platform for conspiracy theories and a champion for the fight against everything “woke”.

Margarita Simonyan is, obviously, a Russian patriot, despite her US State Department funded studies in the United States. Recently, she illegally entered Ukraine’s territory and made a statement on RT’s official Twitter account in support of Russian expansionism:

The people of Donbass want to live at home and be a part of our great and generous Motherland, and we are obliged to make that happen. Mother Russia, bring Donbass home!

Together with her husband Tigran Keosayan, Ms Simonyan attended a conference in Donetsk, in Russia-occupied parts of Ukraine. The conference concluded with a statement, calling on Russia’s government to annex virtually half of Ukraine (Russian spelling of the Ukrainian districts kept in the translation):

The people of Donbas is an inseparable part of the Russian people and historical Russia. Together with the regions, under Ukraine’s control – Zaporozhe, Kharkov, Dnepropetrovsk, Kherson, Nikolaev and Odessa – the People’s Republics of Donetsk and Lugansk belong to the historical region of Novorossiya, a territory of a Russian ethnic composition and a part of the Russian Empire since the 17th century. The people are a part of a single Russian nation.

Simonyan’s statement is challenging the official Russian position, and the Kremlin has quickly scrambled to distance itself from the editor-in-chief of its official mouthpiece. Foreign Ministry spokesperson Maria Zakharova, points out that Ms. Simonyan only expresses her own views:

It is her view, her perspective and her position. She has expressed this before in various fora.

Margarita Simonyan is a media manager and a journalist. In no way whatsoever is she expressing the official policy of the Russian Federation. This question [on annexing Donbas] is not on the agenda.

Simonyan wanted to be a weapon for defending Russia. The Kremlin views her as a loose cannon. 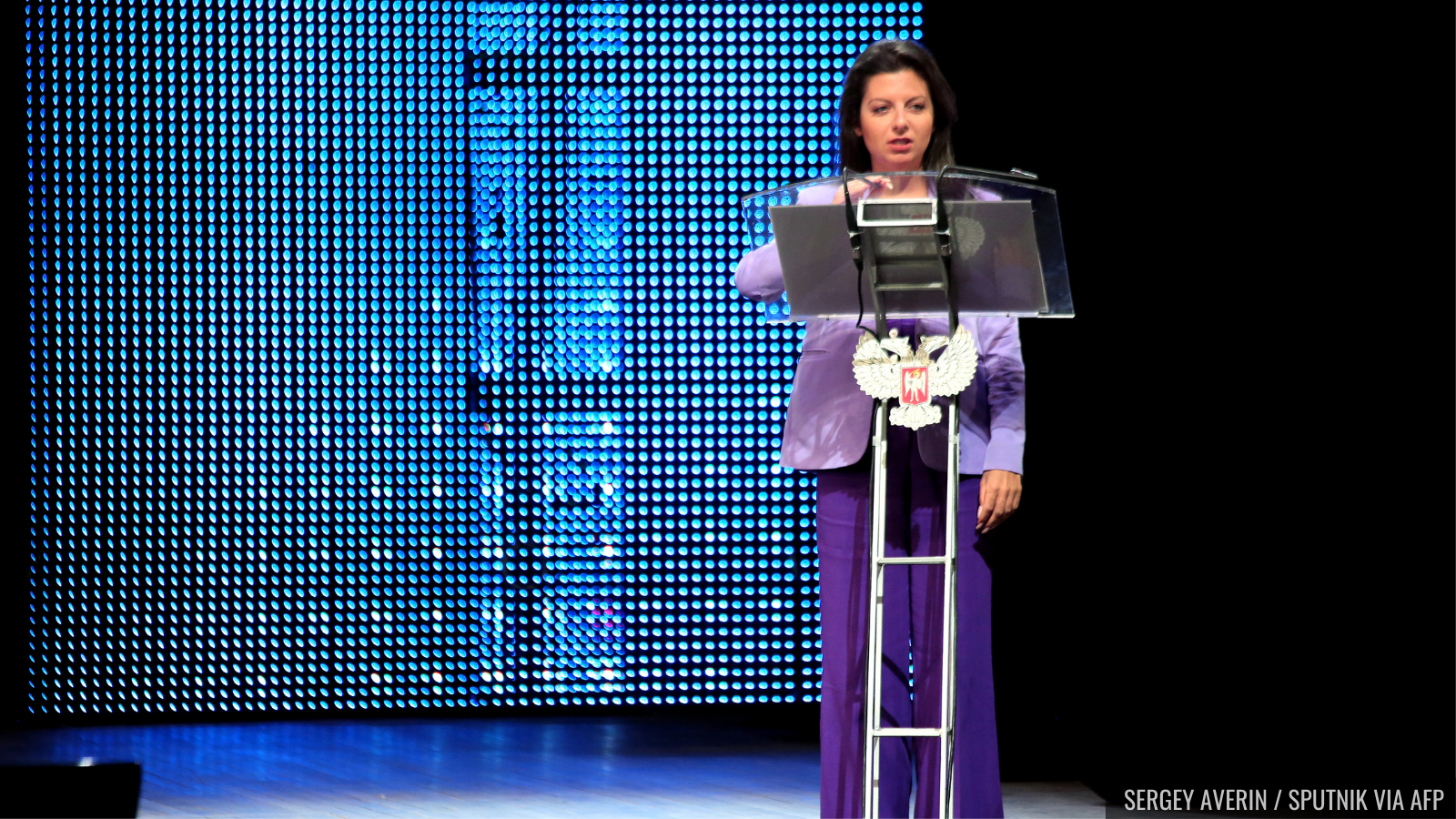