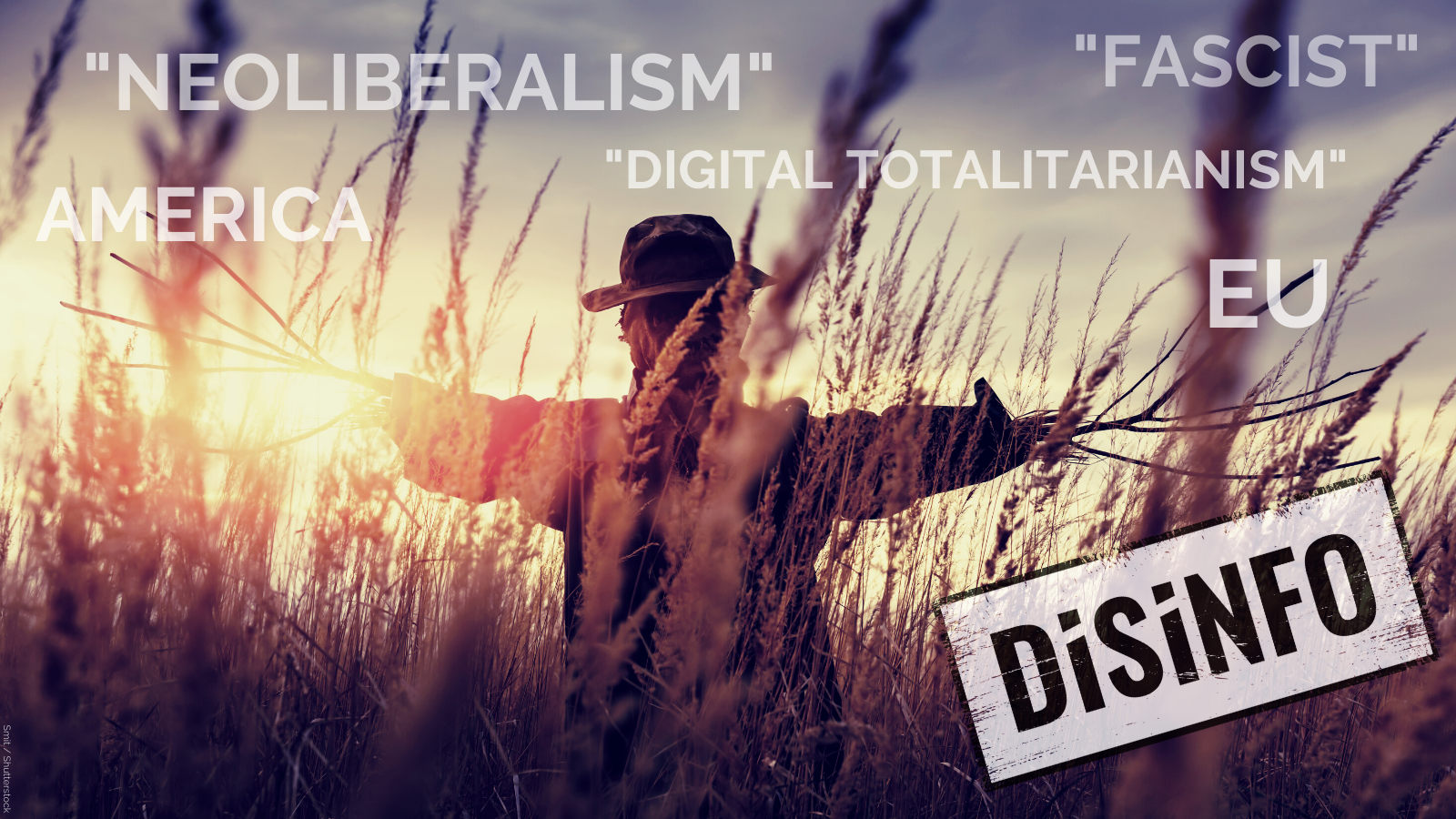 The rhetorical means of straw men is the Kremlin’s go-to trick in any polemical debate. A straw man is the method of attacking views or ideas, never expressed by the opponent. In the past, pro-Kremlin media have labelled its opposition as “fascists”, “Satanists”, “Malthusians”, globalists… Now, “neo-liberals” have become a new favourite bogeyman of the pro-Kremlin ecosystem.

Until recently, the term “neo-liberal” is not very frequent in the disinformation database, but during the first weeks of 2021, one single Russia based pro-Kremlin outlet, the South Front, has so far used the term almost 30 times to denote virtually anything unpleasant: “A purge of sources of the ‘wrong ideology’”; “A massive crack-down of free speech”; “a new wave of censorship, political witch-hunts of the ‘white oppressors’”; “An attempt to rebrand the US armed forces, including the Air Force and the Navy, to new the neo-liberal force”. Russian dissident Alexei Navalny is neo-liberal; Moscow Mayor Sergei Sobyanin is neo-liberal. The opposition in Belarus is neo-liberal and Nazi. The 6 January attack on the Capitol Hill ended, in the words of South Front, with a victory of the enemies of the people:

The neo-liberal digital totalitarianism is the new form of the daily life and government system in the US, and the whole world will have to deal with it.

The straw man is an efficient and hard-working trick in disinformation. Fascism is the essence of dictatorship and terror. Anyone fighting fascists is a hero. The European Union was set up as a means of safeguarding the future against fascism. Yet, in the ecosystem of pro-Kremlin disinformation, the EU is fascist. Actual fascists, like Franco and Mussolini, or even Hitler, are not.

The concept of neo-liberalism has a concrete definition. A vision of minimal public interference in private life and enterprise; a market-oriented economic policy, known from Thatcher’s UK and Reagan’s US. The pro-Kremlin ecosystem uses the term entirely without connection to any political or economic theory. Neo-liberalism is just as a synonym for “BAAAD”.

The big advantage of ”neo-liberalism” as a straw man is that the concept can be filled with anything disliked by leftists, as well as rightists. The above quote on the “sacred cows of neo-liberalism” attacks the straw man from a rightist perspective, but we can just as easily find “leftist” voices attacking neo-liberalism on Russian platforms:

Liberals – or “neoliberals”, “corporate liberals”, “centrists”, or whatever word you think everyone should be using for this ideology that nobody can agree on a label for – are just a fake imitation of the thing that actual leftists are. Leftists actually fight for justice, equality, peace, truth and anti-authoritarianism

The Kremlin’s use of straw men is efficient and well tested. It creates rapport with audiences – who is not against fascism? It functions as an inverted system of virtue signalling, suggesting that the Kremlin is opposed to everything that decent people are against. It is a cheap trick, but it serves its purpose. 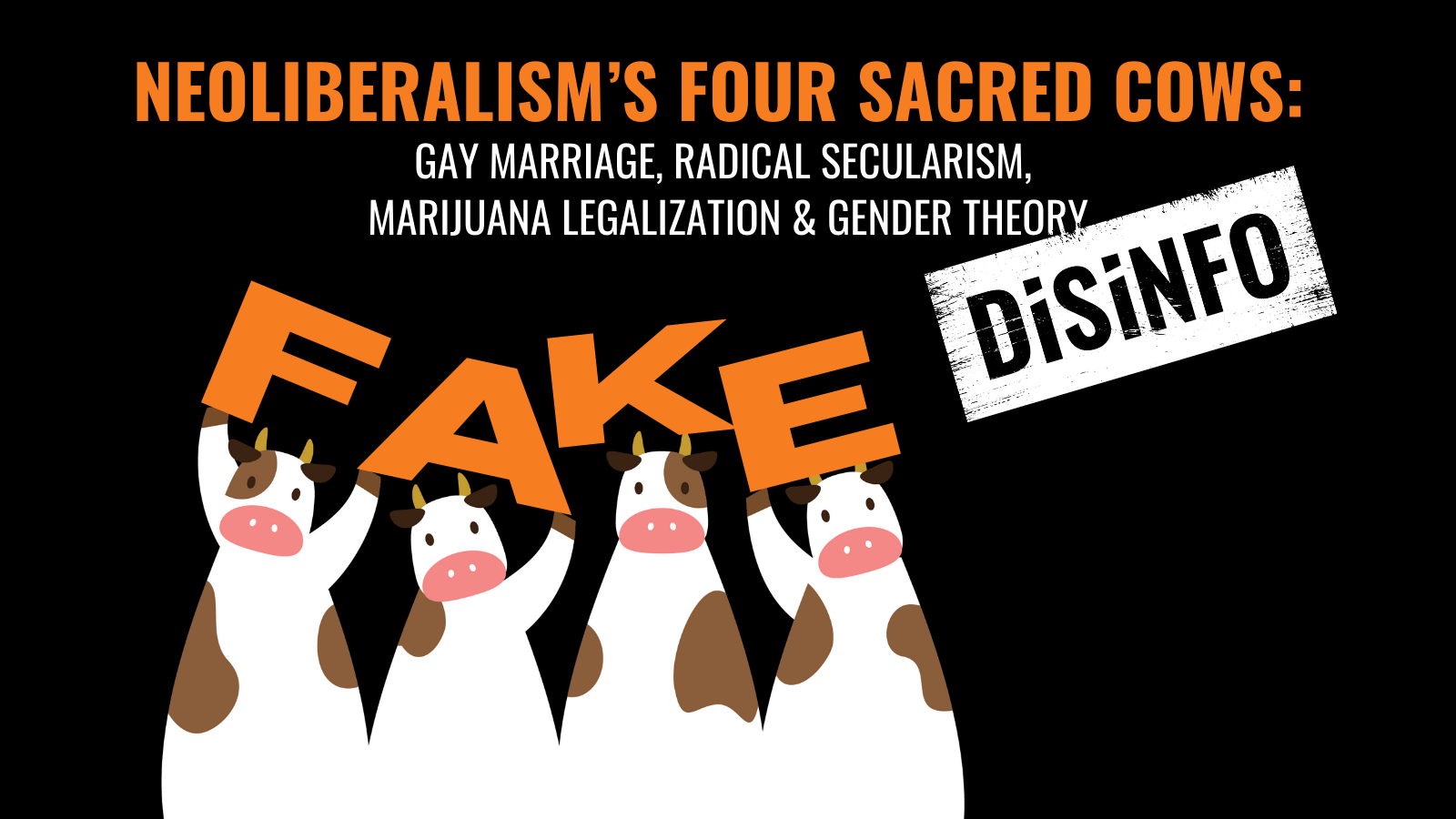