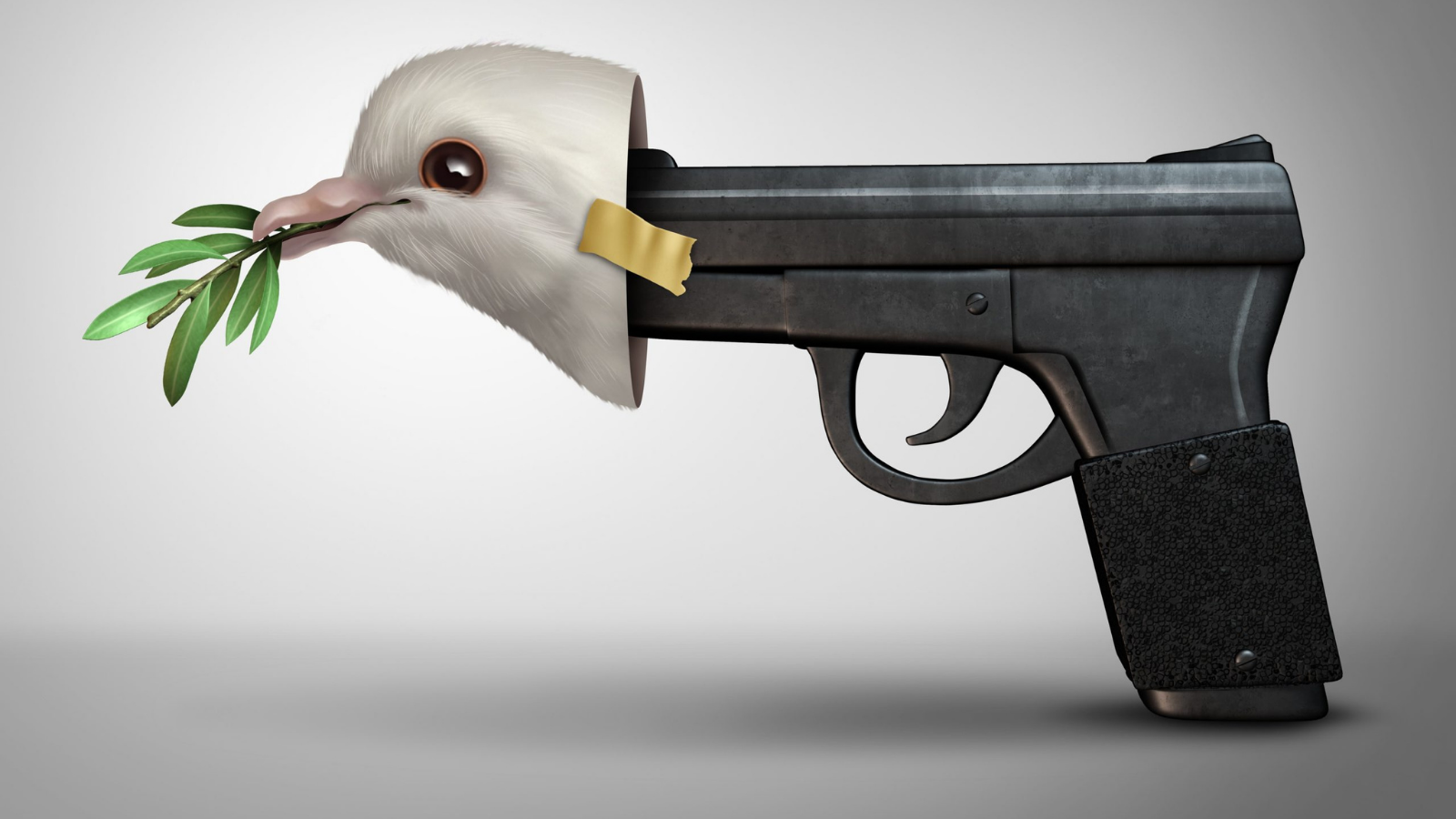 Recent Russian ultimatums make clear the increased paranoia in the Kremlin’s corridors, and pave the way for increased tensions.

The Russian Ministry of Foreign Affairs released, on 17 December, two documents with deceptive titles: a ‘Treaty on Security Guarantees’ and an ‘Agreement on Measures to Ensure the Security of the Russian Federation’. These documents were presented as ultimatums and received wide coverage as such in pro-Kremlin outlets. They have inbuilt misleading and harmful narratives that do not aim to decrease tensions of the Kremlin’s own making. On offer: an olive branch growing out of the barrel of a gun.

Yet again, the Kremlin has offered us a hodgepodge of its most beloved disinformation narratives, this time to pursue several political aims. The narratives behind the ultimatums include: Russia is a peer superpower to the United States; Russia is an encircled fortress surrounded by hostile forces, namely NATO; past NATO enlargement rounds were a betrayal of old promises; and Ukraine is a threat to Russia together with Western exercises in the Baltic and Black Seas.

There are numerous examples of such disinformation narratives debunked in our freely available database:

The disinformation narratives in Russian ultimatums spell out the imperial view that the Kremlin holds about its near abroad. The narratives suggest that countries bordering Russia, including several EU member states and alliance members, are not sovereign states in the Kremlin’s eyes and not free to decide their own destinies without the Kremlin’s interference. Thus, no wonder that the ultimatums have received less than enthusiastic response from the Western leaders.

The Kremlin tries to portray Russia as offering an olive branch to lower tensions in a crisis of its own making with an ultimatum packaged in pseudo-diplomatic form that cannot be accepted by any other parties. But an inevitable rejection by the ultimatum’s recipients may be part of the Kremlin’s calculations.

Pro-Kremlin media outlets would likely portray a unified Western rejection of the Kremlin’s deception as a message for their domestic audiences that Western countries basically do not want a way out of the crisis, and that they will do everything to pull Ukraine away from Russia’s sphere of influence into the NATO-orbit, including persons living in Donbas now holding Russian passports. This could be a casus belli – a trigger to ‘force Russia to act in order to make itself safe’ and preserve “stability”. Worrisome messages have been emanating from pro-Kremlin commentators, including recent ones suggesting that a potential military action against Ukraine would be “fast and painless”.

The Kremlin’s bells are tolling loud, but clearly not for peace on Earth, as this time of the year would suggest.