Skip to main content
Read this article in Русский
News and analysis
June 01, 2020 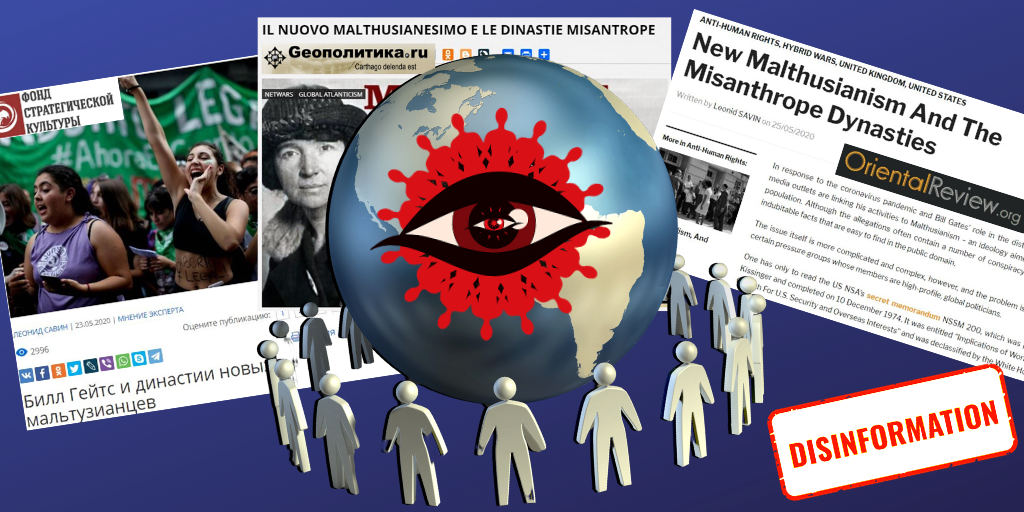 A straw man is a rhetorical trick, used in polemical debate. You attack your opponent, refuting arguments, views or ideas never expressed by the opponent. This means of argumentation is frequently at play by pro-Kremlin disinformation outlets, for instance suggesting “Malthusianism” as a driving force behind Bill Gates’ interest in vaccination programs.

“Malthusianism” is a concept that stems from 18-century British priest Thomas Robert Malthus. Malthus described how a growth in the production of food led to a population growth. This growth would eventually lead to a shortage of food. Malthus feared that improvement of living conditions would increase the population and provoke famine. Hence, population must be kept low. Helping the poor meant, according to Malthus, only creating more poverty as more people survive and need to share the limited resources. If poor people die off, the rest of us can remain well fed.

Some pro-Kremlin disinformation outlets suggest that this idea – “let the poor die” – is a master plan of shadowy rulers. Russian site Fond Strategicheskoy Kul’tury published May 23 an article on “Bill Gates and the Dynasty of New Malthusianists”. The article was later translated and published at other Russia-based sites:  Oriental Review May 25 and at Geopolitica.ru in both English and Italian May 26.

The author connects Bill Gates with a US memorandum from 1974:

In 1974 the NSA (National Security Agency) prepared a secret memorandum, NSSM200 “Implications of Worldwide Population Growth For U.S. Security and Overseas Interests”. In the memorandum one can note that it will be necessary to “correct” the growth of the population before it reaches 6 billion and keep it at a level not above 8 billion. A list of “culprits” for the over-population is presented: India, Bangladesh, Pakistan, Nigeria, Mexico, Indonesia, Brazil, the Philippines, Thailand, Egypt, Turkey, Ethiopia and Columbia. The memorandum suggested the establishment of programmes on family planning, on reducing the ability of reproduction through educational programmes. By mistake, another point of view is expressed, that the situation is even more serious and demands urgent measures to avoid a demographic catastrophe. What kind of urgent measures?

The English version of the same article is slightly different from the Russian original and includes a quote by Henry Kissinger:

“Depopulation should be the priority of foreign policy towards the third world, because the US economy will require large and increasing amounts of minerals from abroad, especially from less developed countries. – Henry A. Kissinger.”

The memorandum, the so-called “Kissinger Report” exists; it is available for anyone to read, and for anyone to see that it does not contain the word “depopulation” or any suggestion that can be interpreted as a program to reduce the population of planet Earth. The alleged quote by Henry Kissinger cannot be connected to any source, and it is certainly not a part of the “Kissinger Report”. The hint on “urgent measures” is nowhere to be found. The word “urgent” is used in three places in the report, but nowhere in a way that might be interpreted as conspiracy.

Disinformation around depopulation has surfaced during the coronavirus pandemic. We see examples here, here and here. It is an ideal Straw Man – no one wants to express sympathy with someone who wants to kill everybody. If Bill Gates wants to get rid of  the poor, than he certainly is a bad guy.

Lately, the focus has been on philanthropist Bill Gates; earlier – ecological activists like Greta Thunberg have been attacked:

…the cynical Malthusian argument that humanity could only overpopulate like a cancer at the expense of Mother Gaia (a doctrine promoted heavily by Prince Charles, Greta Thunberg and Jane Goodall- all of whom presented their cynical man=virus thesis at the same Davos event).

“A Tool of the British Empire”

Similar Straw Men arguments have been applied in pro-Kremlin outlets to Barak Obama, describing him a tool of the “British Empire” and its efforts to “wipe out billions of human beings”:

Prince Philip, the Royal Consort has openly declared his goal of wiping out billions of human beings to preserve British power under a depopulated global Malthusian dictatorship. It is in the public record.

With the British tool Barack Obama entering his final months in office, the British are clearly accelerating the mass murder program. It can be defeated, starting with the removal of Obama from office for high crimes and misdemeanors, and by wiping out the power of London and Wall Street. By ousting Obama and reinstating Glass-Steagall, the monster that is the British Empire can be decisively crushed. For the first time in recorded history, the world can be freed on a permanent basis, from the genocidal scourge of Empire. That is the challenge on the table at this moment

Obviously, neither Bill Gates, nor the Brits, Greta Thunberg, or Barack Obama has ever suggested mass murder. These claims are classical “Straw Men” arguments. “Attack your opponent with claims never made!”

The Straw Man is a formidable instrument for dishonest argumentation, similar to the loaded question: “Have you stopped beating your spouse?” The coronavirus pandemic is allowing the pro-Kremlin disinformation outlets to master their talents in constructing Straw Men. 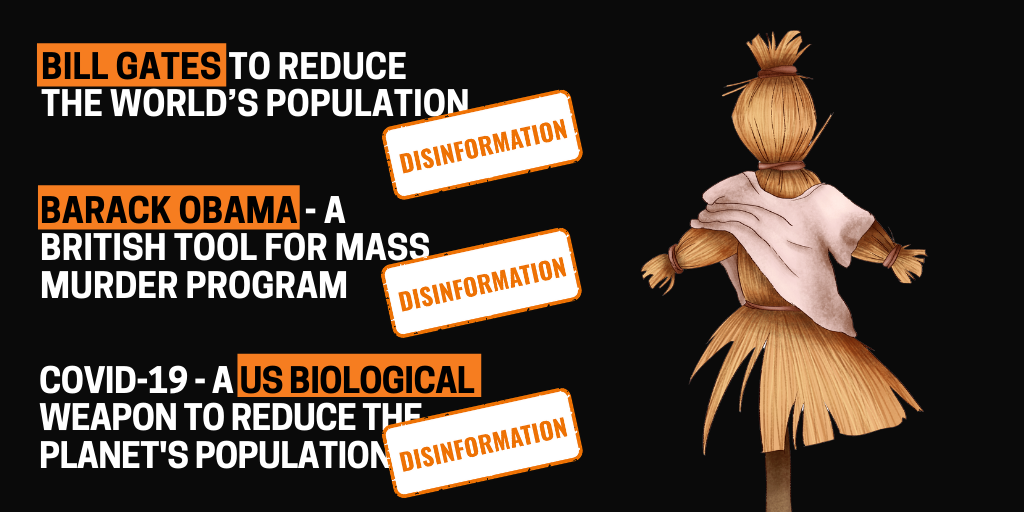