The Naked Eye in the Sky 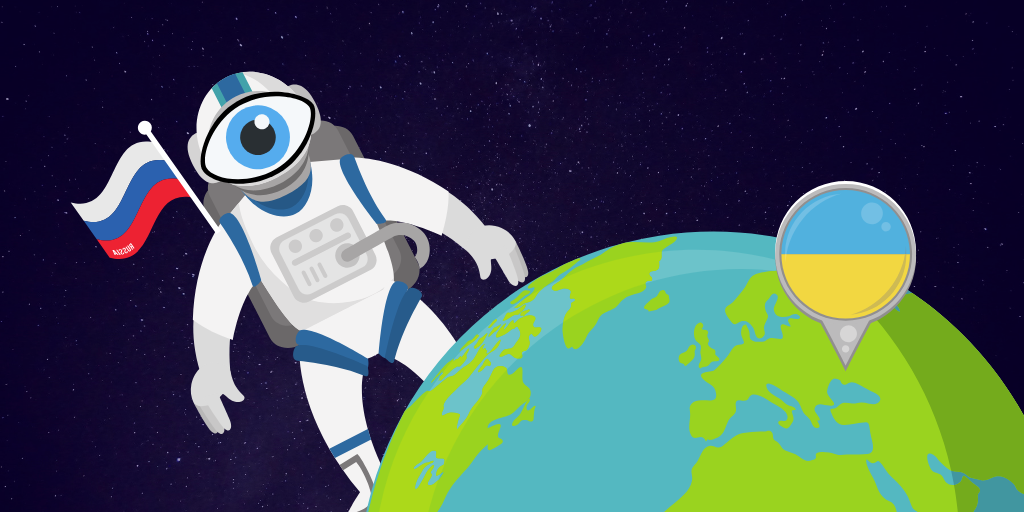 Speaking at the OSCE’s Parliamentary Assembly in Luxembourg on 8 July, Russian cosmonaut and member of the State Duma, Yelena Serova, delivered a speech in which she accused the government in Kyiv of “conducting genocide against its own people” in the conflict in eastern Ukraine.

In support of her allegations, the MP added that she had herself been an eyewitness of the atrocities:

“From the International Space Station, I saw with the naked eye bombs and shells exploding in Donbas and Luhansk. And they were flying from the position of the Armed Forces of Ukraine. And at this time, unarmed people were dying there.”

“I think it is an exaggeration”

In the course of the following day, several Russian and Ukrainian media quoted Ms Serova’s statements. Some of them questioned if she would in fact have been able to follow the trajectory of shelling on the ground from her distant position on board the International Space Station.

Among the critical voices was Russian cosmonaut Yuri Baturin, who in a comment to the BBC’s Russian Service said he did not think it was possible to observe an exchange of fire with the naked eye: “I think it is an exaggeration. Without special observation equipment, I do not think that it is possible to notice.”

In an interview with Radio Govorit Moskva, Ms Serova followed up by claiming that she had been able to watch the details in the conflict during an expedition that began on September 26, 2014, when she “had time between experiments.” She also said that back then, she and her colleagues “had not written any reports about it.”

Satellite photos as proof and “proof”

Observations from orbiting satellites have previously proven helpful in setting the record straight with regards to disinformation about in the conflict in eastern Ukraine.

For example, journalists at The Insider used satellite images to debunk claims made on Russian state TV Rossiya 1 about Ukrainian troop movements in Donbas during the days around the tragic downing of Flight MH17 in 2014.

However, satellite images have also been subject to manipulations in support of disinformation about the same incident.

In 2014, Russian state media outlets uncritically relayed satellite photos, which claimed to show that the Malaysia Airlines plane was shot down by a Ukrainian fighter jet. The images turned out to be falsified.

Finally, the opponents of the government in Kyiv are not the “unarmed people” mentioned by Yelena Serova, but Russia-backed armed formations.

Flight MH17: Why Can the Kremlin not Tell the Truth?