The only Russian language daily newspaper in the EU 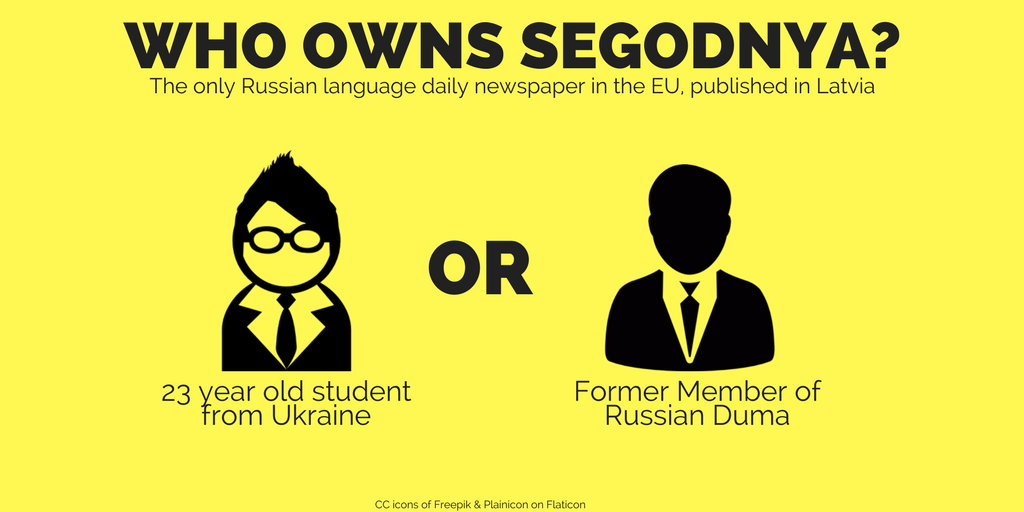 Segodnya: the only Russian-language daily newspaper in the European Union (their own claim) is published in Latvia. The newspaper has a 100K readership. Before the European Parliament elections in 2014, the newspaper suddenly started to publish lengthy pay-wall free op-eds by one of the candidates, the openly pro-Kremlin MEP Tatjana Zdanoka, in which she criticised the Latvian government and the EU’s policies.

The Baltic Centre for Investigative Journalism “Re:Baltica” has done an in-depth study on the newspaper, investigating its owners, its editorial policies and even the salaries of its Russian language journalists.

The study draws a complicated picture of Russian language media in Latvia: the Russian language journalists, working for lower salaries that their Latvian-speaking colleagues, are not encouraged to have their own views. The study even reports the case of a journalist being laid off after doing an op-ed condemning Russia’s aggression in Ukraine. The unprofitable Segodnya has a façade owner, a 23 year old living in Ukraine, while the actual owner is alleged to be a former member of the Russian Duma, millionaire Eduard Yanakov.

Are the negative articles about Latvia something that the audience demands, the study asks. And the answer is provided by Yelena Slyusareva, a Russian-language journalist for press.lv (previously working for and laid off by Segodnya): “At some point, the local Russian-language media got this impression that Russian readers have this point of view. Readers, whenever I meet them, no longer necessarily hold these views. Yet the newspaper continues to peddle them and, as a result, continues to lose readership.”