“The Repressive Machine is Easy to Start but Hard to Stop” 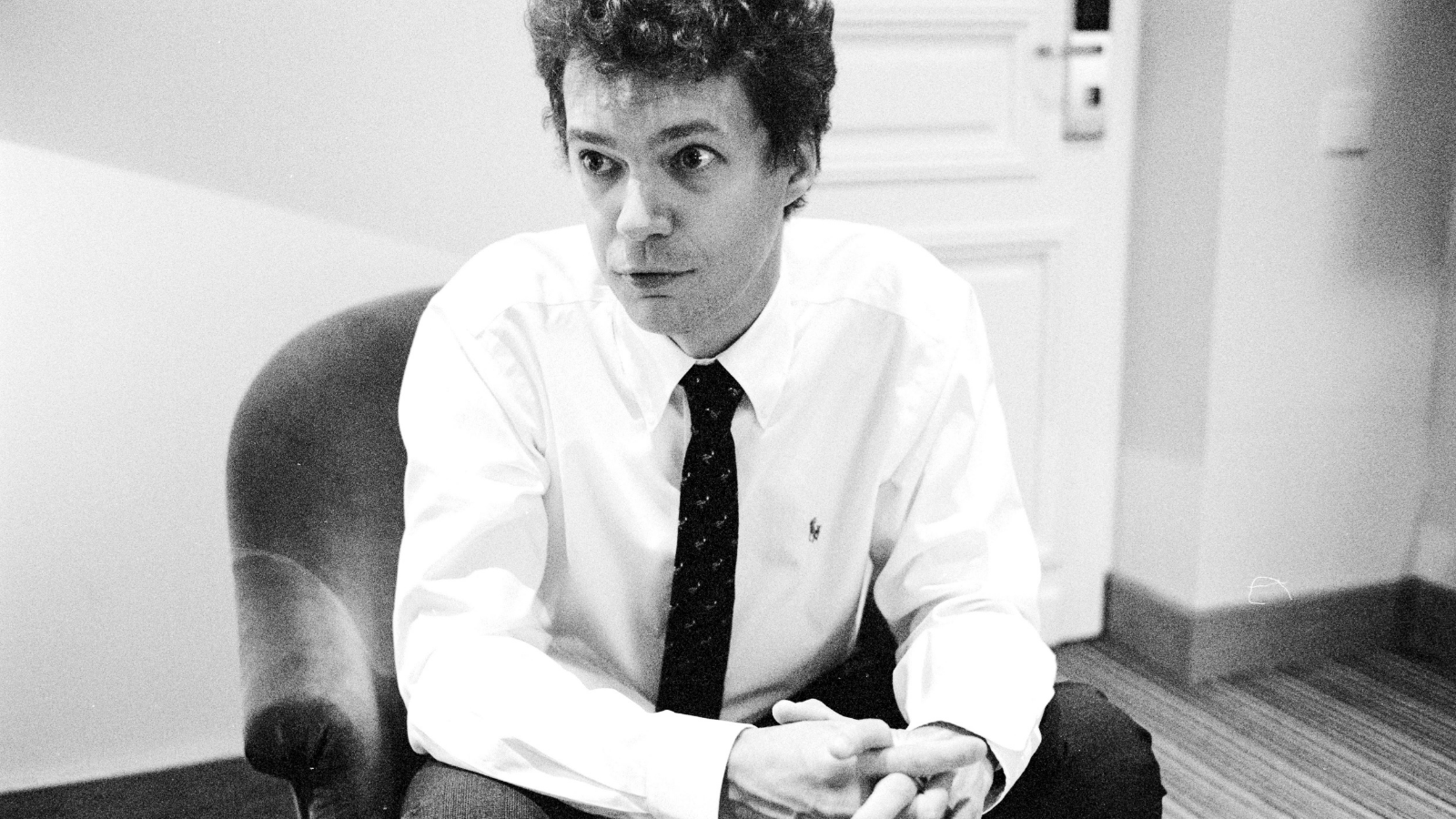 Based in the northern Russian city of Syktyvkar, 7×7 is one the country’s few remaining media outlets providing audiences with independent news. Like other Russian independent media organisations, the online magazine — a grassroots project bringing together journalists, bloggers and activists — has come under consistent pressure from authorities. 7×7 co-owner Pavel Andreev speaks about the devastating effects of the “foreign agent” law, the role of regional media, and the importance of staying hopeful.

Russia has seen an unprecedented crackdown on independent media in recent years, with media outlets and journalists routinely subjected to detentions, raids, criminal cases, and imprisonment. Even though 7×7 has yet to be declared a “foreign agent,” it has been fined several times and one of its journalists was among the first five individuals to be designated as a “foreign agent” in December 2020. How has the ongoing crackdown affected work and morale at 7×7?

The first consequence is the demotivation of journalists and editors. These people invested years in this profession, they built their life around it, and they now see how the government is not only destroying media outlets as businesses but also targeting their personal life. Journalists who are designated as a “foreign agent” are required to label all their social media posts and submit financial reports to the government. Many journalists are depressed, if you follow media community boards you can see many messages about psychological issues. A group of journalists recently launched the hashtag #bannedprofession. This is what the government wants from us: to focus on defending ourselves instead of focusing on people’s needs. This is very hard and demotivating for journalists.

The second consequence is the current disinformation campaign against journalists and media outlets. It didn’t start this year but it’s now peaking. If you go to VKontake or if you Google my name, the name of my business partner Leonid Zilberg or the name of our website, you will see dozens and dozens and dozens of publications carrying disinformation. The government and anonymous authors are telling the public how bad we are, that we are stealing money, that we do gay propaganda, that we are working against the government, against society. We are not the only ones, of course, many other media outlets and journalists are targeted by this huge propaganda machine that uses social media to destroy our reputation.

The third consequence is isolation from resources. Meduza, for example, built its business on advertising, it worked with brands and big advertisers, many of whom were connected to the Russian state budget like the majority of businesses in Russia today. When Meduza was declared a “foreign agent” it lost the majority of its advertisers. The same happens elsewhere, in our region, too, we know that businessmen and companies are told not to support 7×7 and not to work with us in any way. We recently organised debates in Pskov, where State Duma elections but also local Duma elections will soon be held. We invited representatives of all political parties to participate and all of them accepted our invitation except United Russia. When we published the schedule of the debates, the local administration contacted all those who had agreed to participate and pressured them; as a result most of them pulled out. For high-ranking local officials we are now a red flag, they are not allowed to cooperate with us. This makes our work very difficult. The only contacts we can have with them now are off the record. 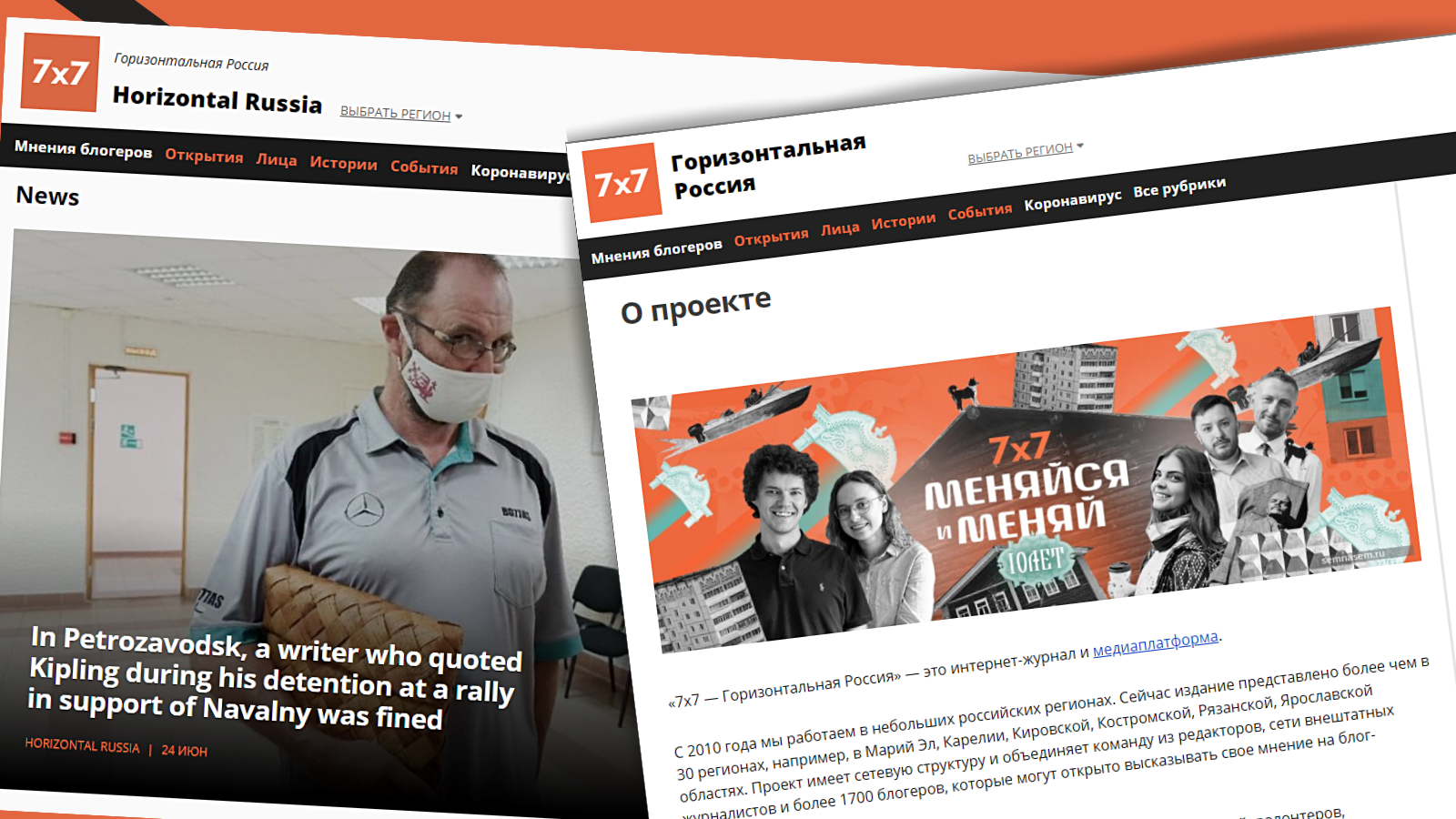 You talk about a general lack of motivation and sense of frustration among journalists, is this also the case at 7×7? How do you manage to maintain morale in such circumstances?

Yes, we experience it at 7×7 too. If one of our team members requests it, we pay for psychological support. We also hold team retreats and we work with a number of NGOs that support journalists. We inform all our journalists, editors and bloggers about these retreat programmes for journalists. I hope it will help, at least a little bit.

Do you expect the crackdown on independent media and civil society to ease or on the contrary to worsen after the State Duma elections on 19 September?

The elections are the main reason why Meduza, Dozhd and other independent media outlets are being targeted; the authorities are afraid of these elections. But I’m not sure the crackdown will stop after the elections. It’s easy to start a repression machine in autocratic states but it’s not that easy to stop it. Most officials work based on statistics: if this year 50 enemies of the state are found, next year this number will have to be bigger and better.

In August, 7×7 joined forces with several other Russian independent media outlets to protest the law on “foreign agents” by publishing an open letter to Vladimir Putin and other senior officials. Among other demands, the letter asked that the law be rescinded. What does 7×7 hope to achieve with this initiative, do you think authorities will pay attention?

I have no hope that the “foreign agent” law will be canceled or that authorities will stop implementing it. The goal of this letter and of similar initiatives is to increase the price paid by authorities for implementing this law. If they designate dozens more journalists as “foreign agents” and nobody cares, they will continue doing it. The only thing we can do is raise awareness about it. I’m sure officials monitor how many publications are issued online on this topic, and if society starts paying more attention to it then it will discussed at a higher level of government.

It would be great if our colleagues from European media outlets could raise this issue with Russian officials, including Putin, in media briefings and interviews. Unfortunately this is all the international community can do about this, I believe the problem and the answer both lie in Russia. What we allow our government to do or not to do is ultimately a question for Russian society, foreign pressure is not the most effective tool in this case.

So what would be the most effective tool, in your opinion?

We need to build our own networks to defend journalists and other important segments of Russian society, this is the strategy for the development of civil society. Russia has a relatively short history of democracy, much needs to be built from the ground. We need to establish networks, to self-organise, to learn how to support each other. It’s a long process.

A growing number of Russian media outlets and journalists are relocating abroad to escape pressure from the authorities. In the long run, do you think Russian independent journalism can survive in exile and maintain its relevance for audiences in Russia?

I promote the idea of competition between media outlets, competition of ideas and approaches. Establishing media organisations and writing articles from outside Russia is an approach that works thanks to the development of online media. But this is only one way of working, there should also be media outlets and journalists based in the country and able to talk to people in person. When you report, especially on issues relating to the social or political sphere, you need to have a good feel for the country. If you live abroad for a long time you can lose this feel. Most Russians never travel abroad. If you want to bring changes in Russia I believe you should either live in the country or, if you are abroad, remain deeply connected to Russian society.

What is the role of regional media in preserving this close connection between journalists and Russian society?

I would say that regional journalism is currently the most important form of journalism in Russia, because we are able to show the country’s diversity, to show that not only Putin can bring change in Russia. But from a professional perspective, of course, journalists will reach much bigger audiences by writing about Putin and his friends in Moscow. Articles about local issues receive only a few hundred views, unless a federal official visits the region. This super-centralisation in our country is a real problem, people don’t believe anything can change on the local level. This a big challenge for regional media in Russia.

Investigative and civic journalism have enjoyed a boom in Russia over the past few years. Does the growing popularity of this type of media content, which was still marginal a decade ago, reflect a shift in Russian society?

Russian society has definitely changed over the past 10 years. The problem is that Russian top officials have also changed, and the gap between Russian society and the people in power is getting wider and wider. Many top officials have become “heroes” of journalistic investigations, society saw how corrupt they are and how far they are from what they are portrayed as being on TV. The problem is that there is a very big gap, too, between this increased awareness and actual change. Investigative and civic journalism has had a positive impact on society but unfortunately not on top officials. We write about real issues but the government only reacts by repressing the people who raise these issues. This is the reality and it’s unclear when it will change.

Do you see any signs of hope for positive change in Russia?

I see them every day. In addition to journalism, we regularly organise offline events where we invite people to talk about social and political topics. People actively attend, they share their knowledge and learn from others, we receive many comments in support of such exchanges. There are a lot of people in Russia who want their country to be more honest, more open, more diverse, and less violent.