The “Russophobia” myth: appealing to the lowest feelings 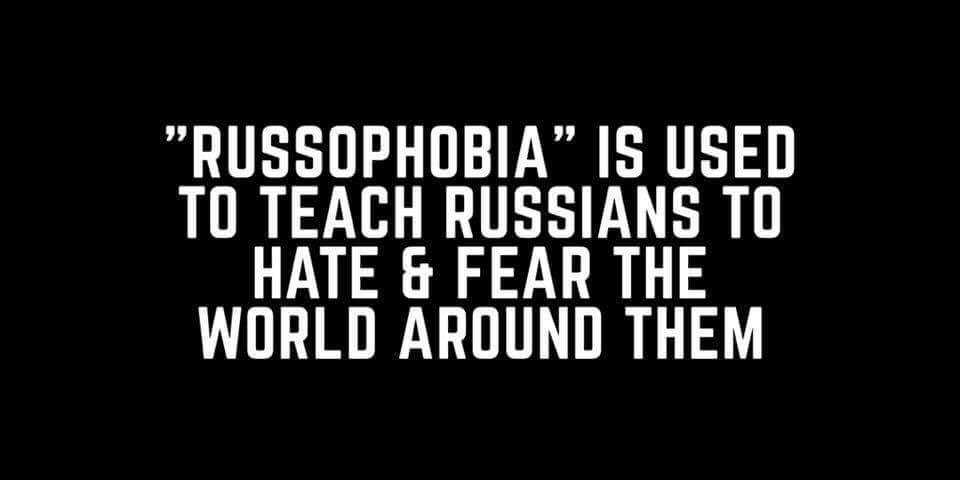 If there is one word that gives the signal that a media outlet is clearly pro-Kremlin, it is “Russophobia”.  Outlets such as RT, Sputnik and Russian national state television use the term to explain away almost any foreign criticism of Kremlin policies.

“Russophobia” can pop up all over the place – whether it concerns Syria, the UK, the EU, Ukraine, or basically any place in the world. Last month, the word was even used by President Putin when he compared “Russophobia” in the West to anti-Semitism.

But what is this thing called Russophobia? The term suggests a fundamental dislike of Russia or Russians. By accusing Western societies of “Russophobia”, pro-Kremlin propaganda outlets downgrade criticism of Kremlin policies and actions to being somehow irrational and not worthy of a serious reply. At the same time, the term tries to turn the tables against the West, which in pro-Kremlin media is often depicted as a place where the fight against intolerance has gone too far.

If we accept the Russophobia narrative, it suddenly becomes the West that is intolerant, and not pro-Kremlin media with, for example, their regrettable use of homophobic, sexist, racist and anti-semitic propaganda. As Katri Pynnöniemi of the Finnish Institute of International Affairs puts it: “The attacker becomes the victim and the victim is accused of starting the conflict”.

“Russians are taught to hate and fear the world around them”

Last week, the claim that Russophobia is a serious global problem was questioned in an op-ed published by RBC, one of Russia’s leading independent news outlets. Vladislav Inozemtsev, a prominent commentator and opposition politician, criticised pro-Kremlin media and Russian government communicators for the use of this term under the headline “’Russophobia’ on the rise: How Russia’s authorities got carried away by a fake notion”. According to Mr. Inozemtsev, the main problem with this word is that it draws an equation between the state and the people.

In addition, Mr. Inozemtsev sees the phenomenon as a sign of an important difference between modern Kremlin propaganda and Soviet propaganda: “Today, the Russian authorities are appealing to the lowest, nationalistic feelings of their own citizens,” he writes. “They are trying to prove that the West does not stand up against Russia politically and ideologically, but almost revives the ‘hatred towards Slavs’ that was a part of the Third Reich. [Soviet propaganda] relied on the opposition of honest and hardworking citizens of Western countries to the capitalist elite, to corrupt politicians and the military-industrial complex. Now these differences are gone: The West is described as a spiritless society that is losing its moral foundations […] Russians are taught to hate and fear the world around them, and that is why politicians in Moscow tell these tales about the surrounding world disliking Russians.”

No “Russophobes” on the streets of Brussels

Last year we went out into the streets of Brussels and interviewed people about their attitudes towards Russia and Russians. Our attempt to challenge the Russophobia myth revealed not only that EU citizens speak positively about Russia and Russians, but that they also clearly distinguish between Russia and the Russian people on the one hand, and political disagreements between governments on the other. The video enjoyed popularity among Russian speaking Facebook users with more than 100,000 views, and was shared by many Russian-speaking users living in the EU.

–          Ben Nimmo’s infographic showing how “Russophobia” began to be heavily used in official statements only after Russia’s annexation of Crimea: https://twitter.com/benimmo/status/809685455209922560