The tragedy in Aleppo 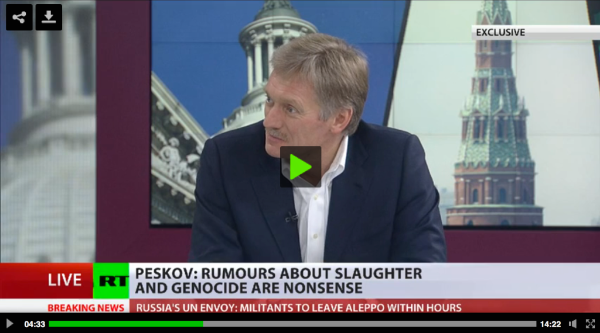 As Aleppo’s men, women and children die, criticism of Moscow by global opinion leaders is growing. Tuesday saw an interview with President Putin’s spokesperson Dmitry Peskov on the Kremlin’s own TV channel, Russia Today. Instead of advancing arguments related to the situation in Syria, Mr Peskov used the open microphone to dismiss any criticism of Russia as “Russophobia”.

The practice of pointing to “Russophobia” in the face of criticism has recently been in steep increase in Russian government communications and has repeatedly been pinpointed in the Disinformation Review. “Russophobia” combines traditional Soviet-style Whataboutism (distract attention from yourself by establishing a real or claimed flaw on the opponent’s side) with an incrimination of the West as hypocritical by not living up to is own values (“phobia” suggests not just a fear of, but also a lack of tolerance). In addition, the “Russophobia” claim is a clear-cut case of disinformation, as negative feelings towards Russia and Russians are not a dominating issue across the EU. Finally, the continuous repetition of the concept makes audiences prone to believing in its relevance, even if the word is new to them. The trivialisation of civilians murdered in Aleppo, and claim of Russia’s victimisation can be seen vividly in the below Instagram update by Russian celebrity TV host Vladimir Soloviev. 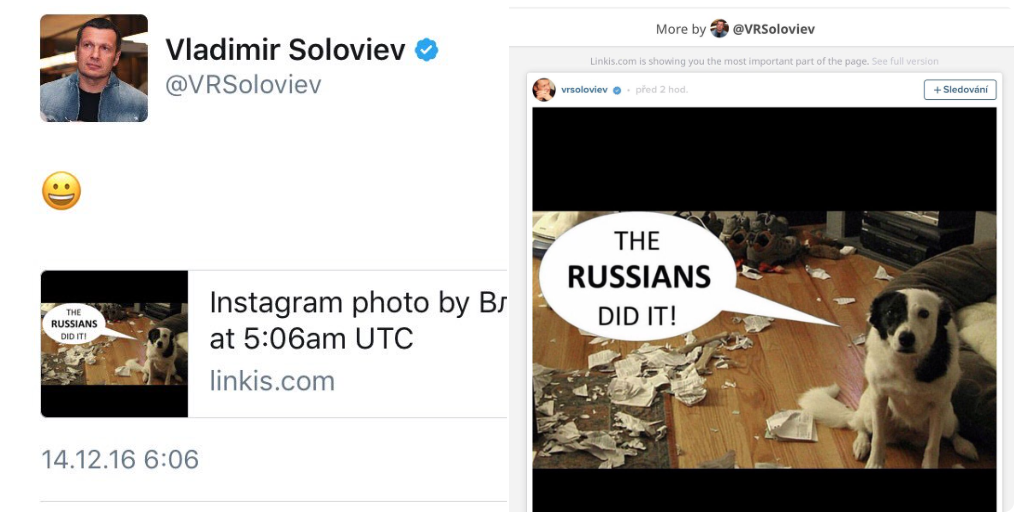