Skip to main content
Read this article in Русский
News and analysis
February 04, 2019 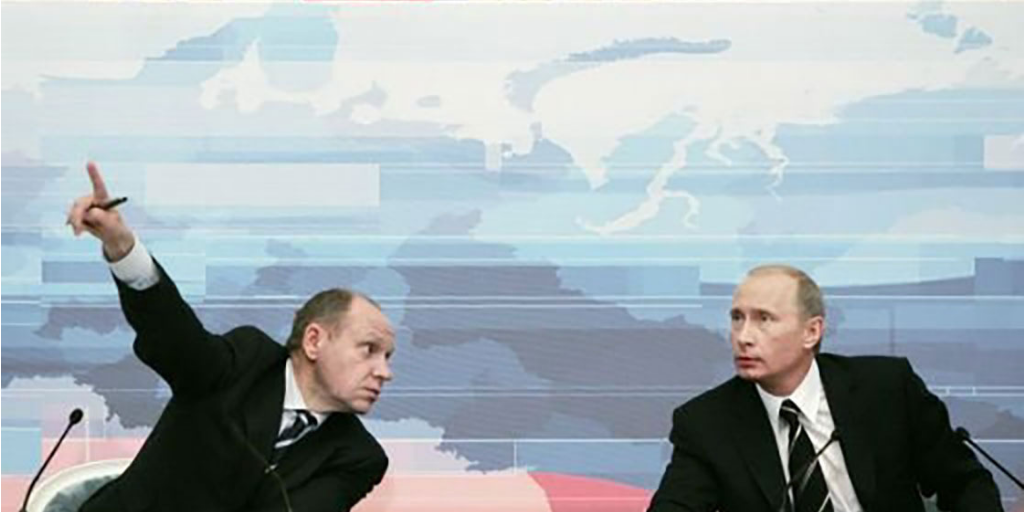 How well-coordinated is the pro-Kremlin disinformation campaign? To what degree is the output in Russian media subject to direct control by the authorities?

These kinds of questions are important. Hypothetically, one could imagine that propaganda narratives would appear spontaneously, reflecting a fundamental mindset shared by Russia’s leadership and the editors and journalists on RT, Sputnik and the Russian domestic TV channels.

However, a new investigation carried out by independent Russian journalists confirms and adds further details to existing knowledge about a centralised media control system managed from the top of the Kremlin.

“The control is total”

“It is well known that the major Russian media, and especially television, are under the control of the authorities,” so the independent Russian online outlet Proekt begins its investigative article, and continues: “This control is so total that journalists still have not told about the man who has been overlooking them from the Kremlin for almost 20 years”.

With references to a number of sources, named as well as anonymous, Proekt then portrays the deputy head of Russia’s presidential administration, Alexey Gromov, and beside him scores of politicians, officials and Kremlin-close “oligarchs”, all linked to each other. It also describes some of the working procedures that ensure the Kremlin’s strategic control over the most influential Russian media.

The title of Proekt’s investigation is “Lord of the Dolls: Portrait of Alexey Gromov, the head of Russian state propaganda”. It was published in Russian on 23 January 2019. Image: Proekt.

“Instruction to completely pass under silence the protests”

As an example of the way the Kremlin exercises its control, one of Proekt’s sources recalls the lack of coverage in Russian media immediately following the protests in some of Russia’s big cities in March 2017. According to the source, “the instruction to completely pass under silence the protests came from Gromov, and one cannot disobey him.”

This eyewitness account confirms the analysis which was published by EUvsDisinfo at the time of these events.

Proekt’s sources also underline the high degree of centralisation in the media control system: “If someone thinks that any official can call the heads of the state TV channels and give instructions to show something, then this is a big mistake […] Only Gromov can do this.”

“And this can be ignored”

“But in most cases, phone calls are not required,” Proekt’s sources underline. “The heads of the TV channels will find out what they should cover and what they should not cover during the weekly meetings in Gromov’s office on Staraya Square [i.e. the presidential administration]. They usually occur on Thursdays.”

At these weekly meetings, media managers “can receive a direct instruction on how to cover an event and what needs to be shown or said in reports,” Proekt’s sources tell. We also learn that “and this can be ignored” is the standard expression used at the meetings to “put a veto on a news story.”

Proekt’s sources also describe how regions in Russia can from time to time be declared free from receiving any form of negative coverage.

The information about these weekly meetings and the so-called “temnik” guidelines that are formulated in oral form, confirms testimonies from whistle-blowers who have earlier emerged e.g. from state TV Rossiya 1 and its sister channel, Rossiya 24.

According to Proekt’s sources, top managers from all the large government-controlled outlets and some influential private media attend the weekly meetings. These include e.g. Pervyi Kanal; Rossiya 1 and Rossiya 24; NTV and REN TV. The investigation also describes the special place in the media control network occupied by Margarita Simonyan, the chief editor of RT and Sputnik. Follow the links to see examples of disinformation appearing in these outlets, and which has been recorded in the EUvsDisinfo database of pro-Kremlin disinformation.

Proekt underlines that top managers from press services in the presidential administration, the State Duma (Russia’s parliament) and key branches of the government, including the foreign ministry’s spokesperson, participate in the weekly meetings together with media managers and receive similar instructions.

From guidelines to violence

Proekt’s publication reinforces the understanding of Russian media control as a complex system in which media managers receive guidelines that “help” them not to overstep the Kremlin’s so-called “double white lines”, combined with much tougher, at times even violent measures allegedly carried out by proxies such as the organisations controlled by “Putin’s cook”, the St. Petersburg-based owner of the infamous troll factory, Yevgeniy Prigozhin.

The network around the presidential administration described by Proekt goes further than government and media; it also includes business activities run in partnerships with family members and the oligarchs. This anchors the control over the narratives in the complex reality of business and political power in modern Russian society.

Proekt describes how, on the eve of the publication of its investigation, its authors were directly targeted by RT (Russia Today) with claims that its investigative journalism is paid for by money from the U.S.

Proekt’s article inscribes itself in the series of examples when independent Russian journalists have been in the lead in the fight against disinformation and online trolling.