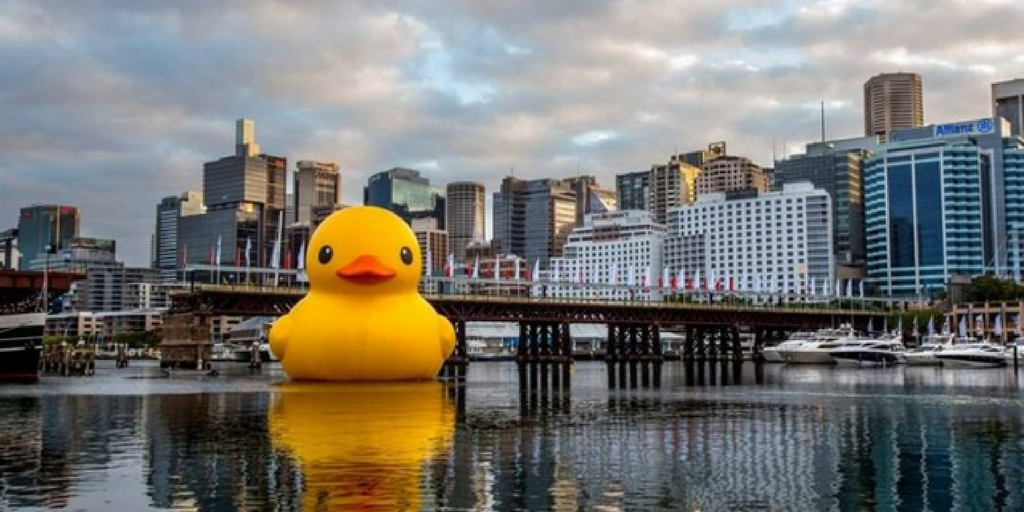 Source of the image: News-front.info article claiming that the “Western intelligence centres” created the yellow duck as a symbol of revolution.

Quack-quack! In most of the world, the popular yellow plastic duck is associated with children playing in a bathtub. But in Russia, it’s a different story. Authorities in the city of Izhevsk have turned down a request from the opposition to hold a rally because… well, because the protestors planned to bring along such ducks to the rally, and according to the authorities, “Western intelligence centres” created the toy “as a symbol of revolution and the illegal overthrow of the state”. The story was described in detail by Meduza.

The fact is that supporters of opposition politician Alexey Navalny do use the duck as a meme to represent Navalny’s team’s alleged findings of luxurious property owned by Russia’s prime minister. Probably in an attempt to justify the decision to turn down the application to hold the rally, authorities in Izhevsk found it necessary to add this layer of conspiracy theory about the yellow duck as instrumental in a global Western-led clandestine operation to overthrow governments.

It is not the first time authorities in Russia develop these kinds of claims. As we earlier reported, the popular fidget spinner has been described on Russian state TV as a part of a conspiracy against the Kremlin. Russian television has also explained that the Pokemon Go game was in fact created by foreign secret services as a tool for global espionage. Entertainment for adults can also be dangerous: As we described last week, an upcoming comedy by Armando Iannucci has been described as “planned provocation” against Russia.